Home > Possibilities > A Hub for The Circle

A Hub for The Circle

VCU is reading The Circle by Dave Eggers. All of the first year students will read the book in addition to a number of different faculty members and it’ll play various roles in various classes. So all that means lots of potential for interesting connections but very, very little consistency or hope for consistency.1 The usual things that help you structure an experience like this aren’t going to happen but I would really like to allow people to engage with the larger community around this book. That’s the whole point of everyone reading the same book!

So I’m relying on the basic blog-based aggregation hub option. The plan is for it to be a lot like the #thoughtvectors site which Alan has explained at length. People can enroll via a Gravity Form that’ll get them tied to their teacher/class and/or we can cherry pick anything with the #VCUcircle2 tag from the Rampages community feed. That is pretty standard these days. 🙂 But a major uniting factor in these sites is usually common assignments or common frameworks. Lacking that, I looked for other options.

The interesting option here is the ability to unite the conversations using the page numbers of the physical book which seems counterintuitive but has the potential to be pretty neat. I see it as an odd form of augmented reality or a cipher code. It’s dead easy to do this from WordPress to WordPress with the only obligation on the user being to add the page number as a tag for their post but I also wanted it to work for Twitter based on hashtags and aggregate in the same way. That requires a bit of finagling.

While there are lots of slick ways to feed your own tweets into WordPress (including this one which might be useful for some reclaim work), it’s harder to feed things in via a hashtag from any user that uses that hashtag. I opted to use Twitter JSON to RSS which is a PHP library that’ll let you do just what it says. I set up a URL http://augmenting.me/twitter/rss/twitter_json_to_rss.php?q=%23vcucircle and it creates the RSS translation of the native Twitter JSON feed. You can build whatever URL combination you need on the fly now based on hashtags, users or whatever. That’s pretty handy in general.

So now we’ve got twitterings rolling in as posts but the Twitter hashtags don’t translate into a WordPress tag. It’s just a word with an octothorpe in front of it. Embarrassing. After a bit of searching for the wrong things, I found #hashtagger which takes any Twitter-style hashtag in a WordPress post and turns it into a tag. Much better. 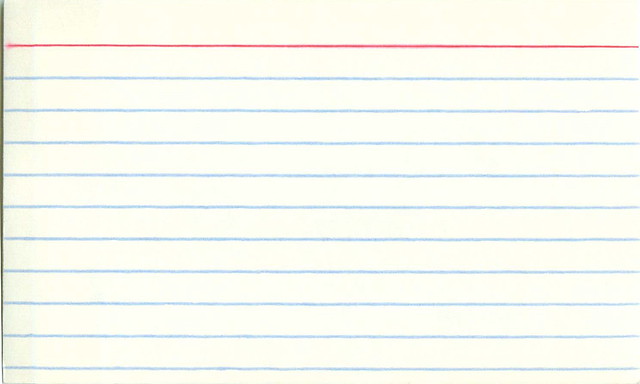 I found an easy way to generate the index page using the Multi Column Taxonomy List but despite being a good plugin it didn’t work quite the way I wanted. So I opted to just make a quick grid layout. I figured someone smart had already figured it out and they had. Since the layout and the URLs were nice and standard it was easy to make using my standard automation tool — a spreadsheet. I just run the numbers (all 497 of them) down the side and concatenate away. You can see the spreadsheet pieces at that link and how they work. It was pretty slick to be able to create this grid, have it fill the space etc. with only about five minutes of searching and about two minutes of building. It’s likely we’re going to segment these pieces up but I figured I’d see what all of them looked like at once.

Joseph’s tweet above prompted me to wonder if I couldn’t just set a URL to link to pages one through 8 without having to add any tagging on the user side (beyond pages). Turns out I can. http://rampages.us/circle/?tag=1,12,155 will return all tags that meet those page designations. So we could make a link that says something like Section One and link it to the URL that has all of the pages in that section http://rampages.us/circle/?tag=1,2,3,4,5,6,7,8 which would be much simpler on the user end and would be pretty easy to generate via my spreadsheet method.

1 I talked to Joseph Cates about potential options for online annotation but I don’t think there’s much likelihood the publisher will give us the type of file we’d need to make that work well cross platform and between sections.

2 We do need that to be consistent as an opt in element.

3 I did have the Johnny Cash version but this odd video game relationship force me to change it.

Lots of remakes going on lately. That’s good in that it means people still want to work with me (now our group) after doing it once and secondly they’re seeing things to change and improve which is how things get better. The harder part to figure out is that in you never really finish anything so you have to keep that partial snowball effect in mind as you figure out how much work you can take on. Or I suggest you do. I at least pretend I do but really if it’s cool and interesting enough I just say yes.Insert insane laughter here. So anyway, the old RVArts site was decent but it was an early work in terms of my capacity as someone who makes websites.I still hesitate to use titles like web developer. I don’t think it’s imposter syndrome but I just see how big everything is. Plus I don’t really want that box (however big). This remake is a mix of technical and visual changes. Technically . . . This remake is about harvesting the content students create in a Facebook group and then using it with different material students create in WordPress. Right now the data is pulled from the Facebook group events into WordPress through the Event Aggregator which ties into Event Calendar Pro. Later […]

“You cannot think your way into a new way of living. You have to live your way into a new way of thinking.” – Mike Wesch You can’t beat that quote as a way to frame a course and it’s nice to consider how digital content supports that kind of perspective on learning/living. It’s also a key consideration in how I think about building courses like this. You have to do it. You shouldn’t expect to be perfect the first time, or the second, or ever really but if you’re doing it right improving it should be worth the investment. You should get some joy out of the process and it should alleviate things that cause you pain. I’ve had the opportunity to work with Mike Wesch and Ryan Klataske at Kansas State over the last few yearsThe earliest email I see is Aug. 7, 2016. It looks like around 357 emails. on the ANTH101 site. It’s been an interesting progression over time as the course has continued to evolve. We’ve gone done a variety of paths and dealt with human and technical issues. It has been interesting to participate in the ongoing co-evolution of aesthetics, mechanics, and content. It’s also a scenario where I wish I’d have done a much better job with screenshots so I could more accurately […]