Another Change or Die Education Video

Another 21st Century Plea from Tom Woodward on Vimeo.

I have mixed feelings about making this1. It has reached the level of mediocrity. Comments regarding ways to improve it are welcome2.

This has inspired me to get moving on the mock change education video I’ve been planning for a while.

I’ll detail how it’ll be used in a later post.

1 Although, it was required for work.

2 Curses and insults are understood. 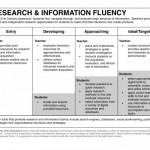 We’re on revision 3 of our attempt to describe the 21st century classroom and to make it accessible and actionable for teachers. It’s really easy to say “21st Century Classroom,” it’s much harder to break it down and describe the components in a clear and concise way. We’ve taken three stabs at it and I think we’re getting pretty close. Figure it might be useful to someone. Round 1 was about 3 years ago. It was a good document but hampered by massive size and too much technology terminology. This hampered adoption pretty severely. Round 2 was last year and we swung pretty hard in the opposite direction. The focus was on leanness and the technology terminology was dropped. Technology was mentioned but it wasn’t very direct. Round 3 is embedded below. We kept it lean but added an individual statement about technology and changed the layout to better emphasize how a student’s role changes as the classroom progresses. We also dropped individual documents on assessment and organization believing that both elements are now covered in other components. These documents can serve several purposes. Our goal was to provide a place to codify our views on 21st century practice- to show the mix of pedagogical changes, 21st century themes and sound use of technology. This allowed for teachers to self-reflect […] 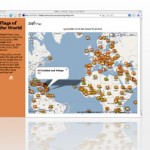