I passed on this Wikipedia list of people who mysteriously disappeared 1 on Twitter last night which led to the following reply from Luke Neff.

“Last year in the U.S. alone more than nine hundred thousand people were reported missing and not found…
That’s out of three hundred million, total population. That breaks down to about one person in three hundred and twenty-five vanishing. Every year….
Maybe it’s a coincidence, but it’s almost the same loss ratio experienced by herd animals on the African savannah to large predators.”

I actually read this novel at one point and I meant to see whether this was true (it’s a great writing prompt either way). I did’t know how many people go missing each year in the U.S.A. or what the predation rate is on herd animals on the African savannah.

The first part seems pretty straightforward. I did a search for missing person statistics us site:.gov

During 2013, 627,911 missing person records were entered into NCIC, a decrease of 5.1% from the 661,593 records entered in 2012. Missing Person records cleared or canceled during the same period totaled 630,990. Reasons for these removals include: a law enforcement agency located the subject, the individual returned home, or the record had to be removed by the entering agency due to a determination that the record is invalid.

Even if we pretend that the nearly 630,000 entries were all missing permanently, we’re still about 1/3 short. When you look more closely at the numbers, you’ll also see that at the end of 2013 there were 84,136 active missing person records which is considerably short of 900,000. I did find the 900,000 number here (You must read the comments.) but there’s no references or anything to where their numbers come from.

I did want to know some things about predation rates on the African savannah. That took a bit more effort. I found this reference to predation rates on African livestock – between 2-10% in the 1970s – which was a good bit higher than the .3% Butcher references. There are variety of percentages and any number of interesting opportunities for more exploration. Another study, in Bhutan rather than Africa, found 2.3% losses to wild animals. And finally, closer to the mark, The Wildebeest in Western Masailand tells us that the bulk of the roughly 8% yearly turnover in the herd is due mainly to lion predation. 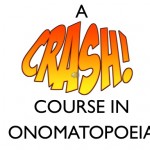 The following post is my attempt to clarify how I go about conceiving and constructing lessons. If you’d just like the source files and could care less how I think (which I imagine is the majority), they are linked at the bottom of the page. This is how I ended up with this fairly interesting introduction to onomatopoeia. Yesterday, I found a tutorial on how to make cartoon style lettering for comics using Photoshop at EEight.com. It looked like fun and I figured since Jim was going to be hitting poetry pretty soon, and I had some time during Spring Break to try things, I’d give it a shot. I think I found it using StumbleUpon which is a great site that lets you find some really odd things and that in turn tends to inspire me to make some interesting lesson. I try to keep the question “Can I use this to teach something?” in the back of my head at all times. http://www.flickr.com/photos/46555636@N00/398812150 The first thing I did was brainstorm all the onomatopoeia words I could think of. The main one that kept coming to mind was crash and that led to the association with crash course- finally! an excuse to use the crash sound in a presentation. With that title, “A Crash Course in Onomatopoeia” in mind […]

I was trying to find a new way to make poetry more engaging last month. As I searched for intersections between poetry and technology, I found the genre of poetry that, along with innovative web comics, inspired this experiment. I created a website with a couple poems peppered with hyperlinks. The links point to clues both informative and intriguing. My hope was make exploring a poem more of an adventure than a chore. It seemed to be successful. My students were able to articulate the concepts and themes of the poems. The discussion was more informed and, therefore, more interesting.