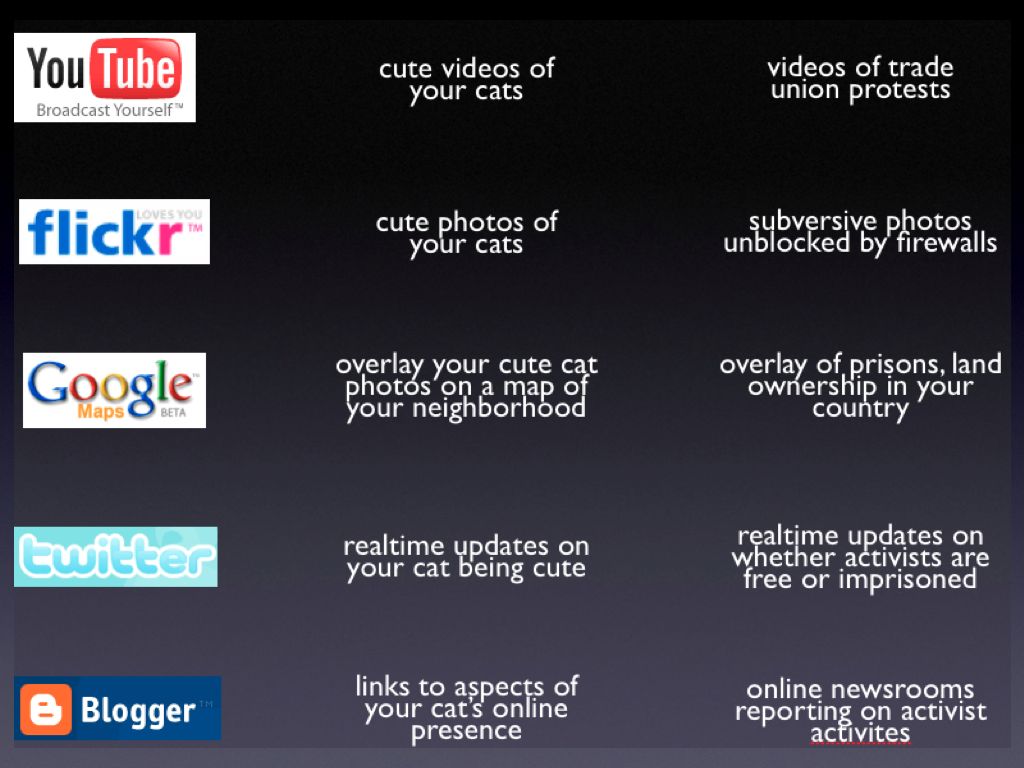 It’s basically the notes from a presentation at eTech. I found the ideas and applications really interesting. If you want to see examples of Web 2.0 being used in amazing ways to change the world, this is the post for you. It ought to lead to some deeper thinking about the technologies and their possible applications both in schools and elsewhere.

I thought this quote could apply to schools who are filtering in the typical “block all student communication” manner.

(referring to getting a site blocked) This is a good thing if you’re an activist. Most Tunisians don’t identify as activists and might not be engaged with politics. But, like Americans and Europeans, they’re interested in seeing cute cats being adorable online. When the government blocks DailyMotion, it impacts a much wider swath of Tunisians than those who are politically active. Cute cats are collateral damage when governments block sites. And even those who could care less about presidential shenanigans are made aware that their government fears online speech so much that they’re willing to censor the millions of banal videos on DailyMotion to block a few political ones.

Blocking banal content on the internet is a self-defeating proposition. It teaches people how to become dissidents – they learn to find and use anonymous proxies, which happens to be a key first step in learning how to blog anonymously. Every time you force a government to block a web 2.0 site – cutting off people’s access to cute cats – you spend political capital. Our job as online advocates is to raise that cost of censorship as high as possible.