I had a great time at UMW’s Faculty Academy. Got to meet a number of people face to face for the first time which is always interesting.

I was lucky enough to be able to present as a plenary speaker1 as well. After being repeatedly told to “bring my A game” I had completely psyched myself out. In direct retaliation I decided to introduce as many elements of “randomness” as I could into this presentation.2 I’m not necessarily arguing that all three made the presentation better but it did make it more interesting to me and I think they did add some interesting elements for the audience.

The day before the presentation I had already come up with two slide decks with two very different themes. One, had tattoos as the visual element because I thought the idea of things people were willing to have jabbed into their skin with needles made for an interesting visual theme. The other presentation was based around the danse macbre woodcuts from the Black Plague. Neither one did quite what I wanted and the macabre one was too depressing even for me.

So I decided to do a version of Deck Wars/Battle Decks. Essentially, I sent out an open call to Twitter requesting images.

Punish me. Send me url to any image & i will use in presentation tomorrow at #umw #masochist #ds106 #begging

The idea was to have no control over which images were chosen and then to use all of the images in the presentation. I did get a variety of very odd images but did not manage to use every one. A PDF of the presentation with some rough notes is here. The notes may have something to do with what I said but, then again, they may not.

Some facts about the images-

I didn’t present until 2:00 so I went around in the morning and interviewed a few people. I then cut up the video to include in the presentation. This worked out pretty well and I like the end result, audio aside3. I think this kind of tight turn around using people known to the audience can be a unique and powerful way to snapshot certain conversations. I believe the immediacy makes the end product seem more pertinent and I hope it inspires some people to realize they can make video less of a monumental task while still being able to use it in a powerful way.

I had the groups talk in groups at the table and then had the tables submit the top 3 ways that student skills seemed to be deteriorating via a Google Form. My plan was then to put this into a word cloud and break down what aspects of the standardized testing mentality created these issues. Part one and two worked well but for some reason my end goal slipped my mind and I didn’t explain how we got to those problems at all. I think in part because I didn’t ask people to stick to short phrases and the tag cloud ended up being messier than I would have liked. I should have used something from ManyEyes and done something more sophisticated (like what I embedded below). This should have been the best and most important element had I not botched it. Basically, I ended up doing what I had intended to do here in the workshop on the next day.

If you share my masochistic tendencies, the full presentation is below. I’ll warn you I start off rough but do improve some.

1 I had to look it up. It’s Higher Ed speak for “Second Tier Keynoter.”

2 Amateur psychologists please feel free to run with what that indicates about my personality.

3 Reasonable, non-frightening mic will be ordered soon. Recommendations for a DSLR mic? 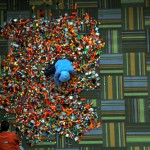 Sat in a panel on encouraging creativity today. Thinking about it, it was a mix of creativity and productivity from a business view point. I think that’s good when thinking about trying to encourage creativity in the classroom. Both business and education seem to want a consistent, for lack of a better word, organized creativity.It’d be interesting to see if “business creatives” (broad category I know) have less suicides, drug deaths and other issues than say creative people in literature or music. Is that kind of creativity that drives Edgar Allen Poe different than the kind that drives the Dyson guy who made that vacuum on a ball? Here’s the my take on the presentation by Behance.comAll this is based on a book they wrote/are writing after interviewing all sorts of creative people. No, I don’t know how they (or we or you) define creativity. I would be interested in reading the book. They say there are three buckets that influence the amount of productive creativity going on in a place.I do like the idea of productive creativity in a way because it makes things more focused on doing/making things and less about just the idea of being creative. You can be super creative and/or super smart but if you don’t apply it and do something it doesn’t really matter. […] 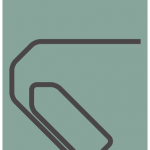