A number of attempts at street photography . . . 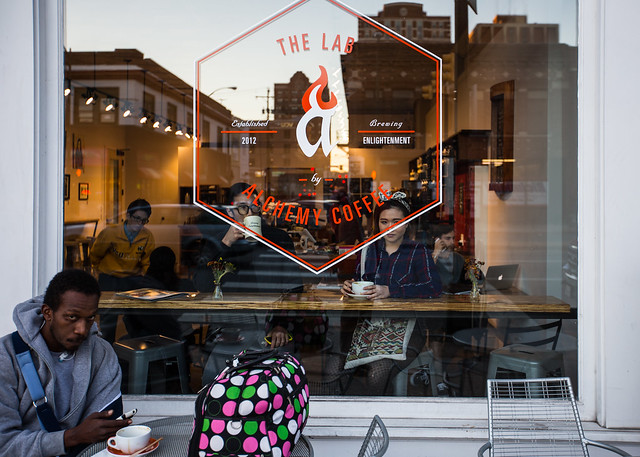 I liked the mix of colors and lines and the mix of people who noticed the camera and those who were oblivious. I am making more of an effort to frame the shot despite the fact that it tends to alert people a bit more than I’d like. There is something interesting in the moment people notice the camera and the eye contact but I don’t want to make anyone uncomfortable. 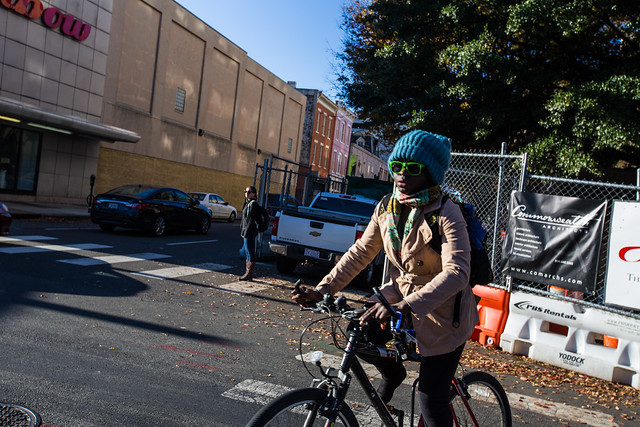 I’m not sure about pictures like these. I like the hat in combination with the sun glasses but I’m not sure the actual photograph is any good. There’s some interesting echoes of shape and color. The light is a bit harsh but I liked the contrast. 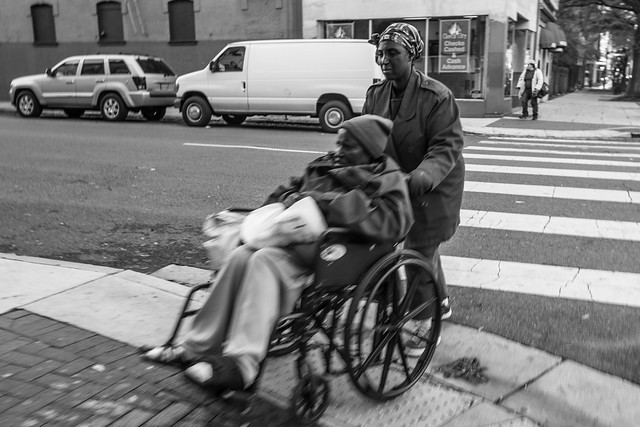 I had two shots like this. The other had the lady in the wheelchair in focus. The light was nice. The background is distracting but I like her face enough to keep it. 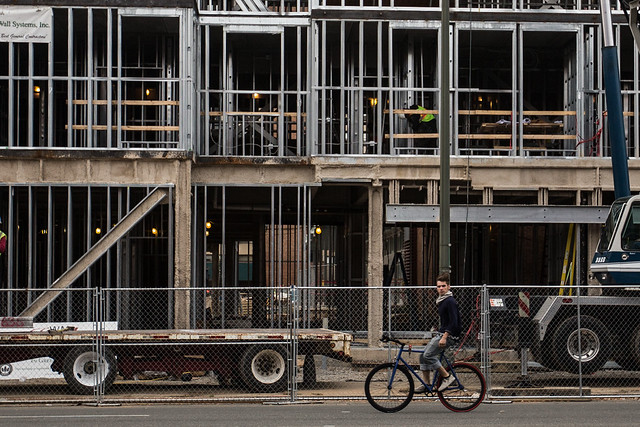 This was from across the street at 35mm which was  a bit far. I like the no hands casualness and the circles vs rectangles enough to keep it. This is one of the examples of a person noticing the camera and it improving the picture. 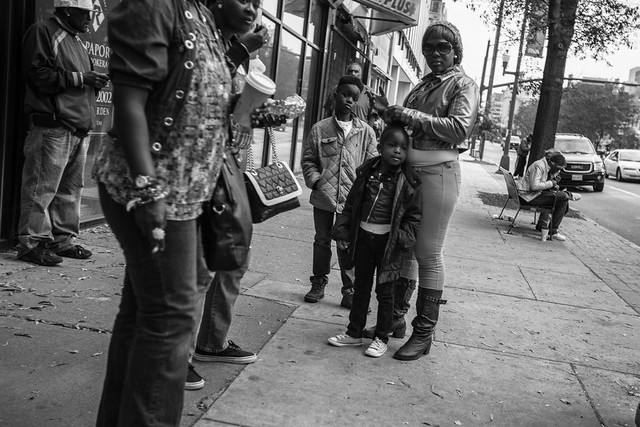 This was part of the crowd watching the two block police chase. The expression of the mother and the older son were what interested me. 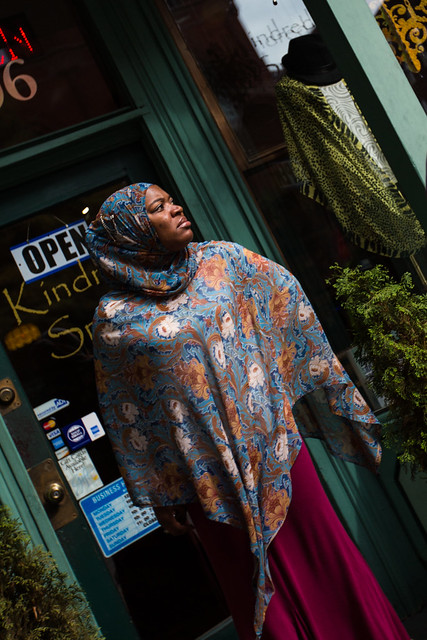 Good light and interesting combinations of texture and color. She was also watching the police chase finale. 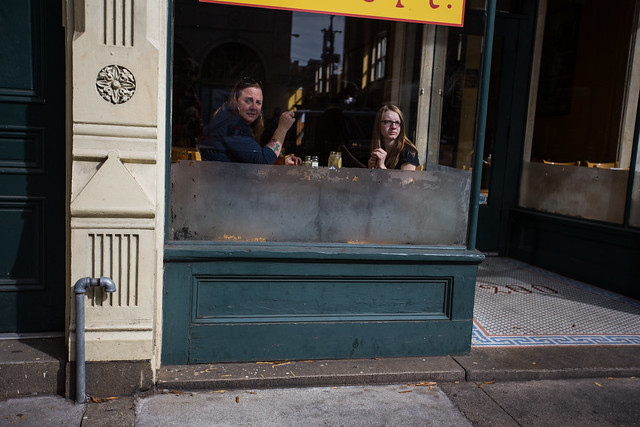 More witnesses. There was something about the texture and color that felt old to me. 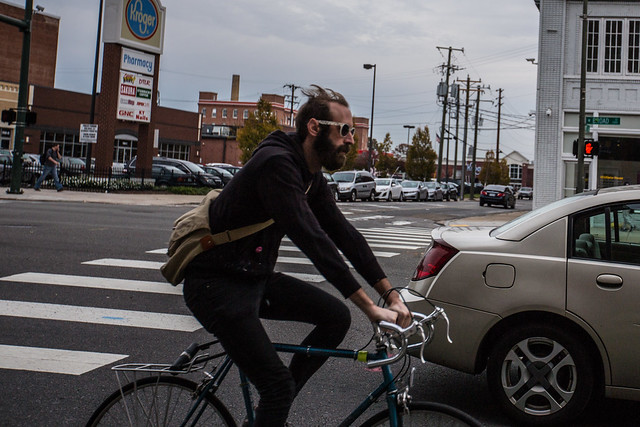 Casual hipster with his hair blowing in the wind. I struggle with the focus speed on this particular lens (or maybe the body) which makes it more of a challenge for the speed required in street photography. I may have to play with another body to see if that changes anything. I kept the image anyway because it seemed representative and kind of amusing. 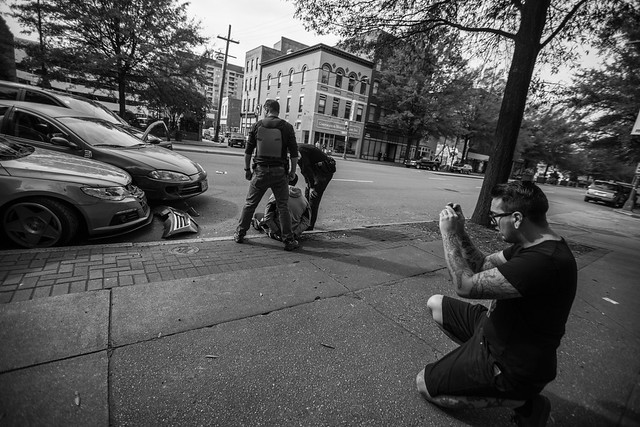 The end of the famous two block police chase- I thought initially that the tattooed guy was filming the police but I think instead he’s photographing his car. There were plenty of people filming the cops  . . . but they were farther away. 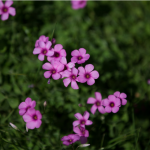 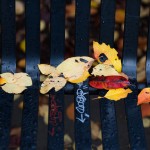 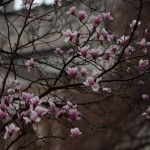 The flowers are starting to come out. It’s going to be harder to stop walking around in the mornings. This is at 821 Cafe which has had the skeleton on the window since at least Halloween but the internal skull image is new. They rotate a lot of local artists’ work through there. I liked the parallel skulls. I like the patterns of trees. I’ve shot this fence before. It has some colors that I like and it has a patina of neglect that I find interesting. The condition of the book with this particular title was too good to pass up. There was quite a bit of rain this week. I liked what this rain did to the roads.