I’ve shot the Richmond Zombie Walk for the last few years and have used a few different lenses. This year I opted for the 85mm and went super shallow at 1.2. That made for some really interesting shots but also resulted in a large number of missed shots. The 85 is slow to focus and it needs a couple of feet to focus. The zombies had the tendency to lunge in too close and/or at the last minute. Even with those misses, I like how many of the shots turned out and I remain amazed by how much work and skill goes into many of the costumes. 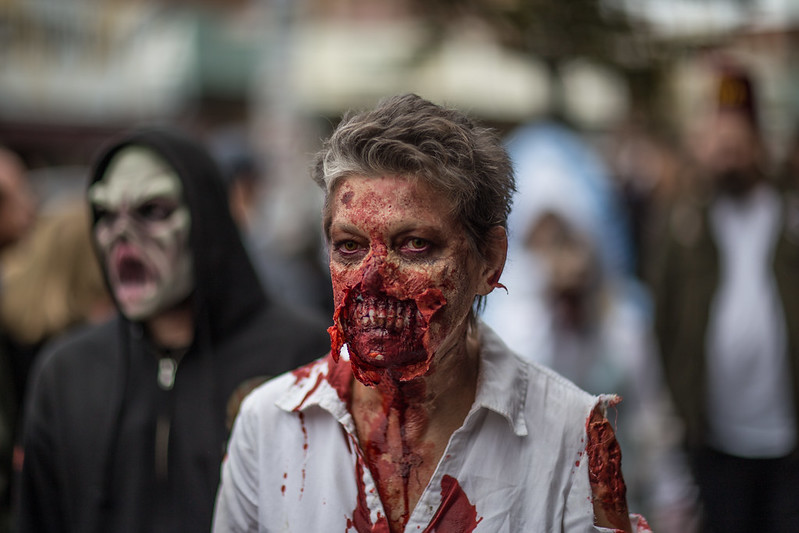 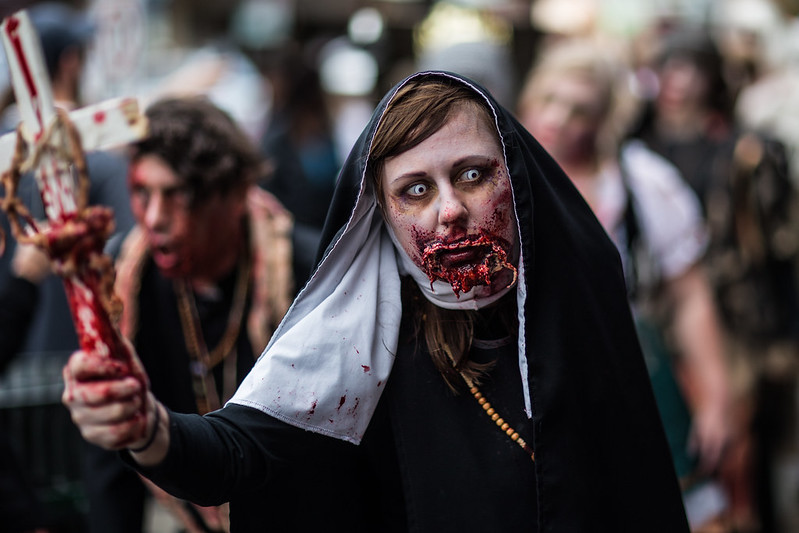 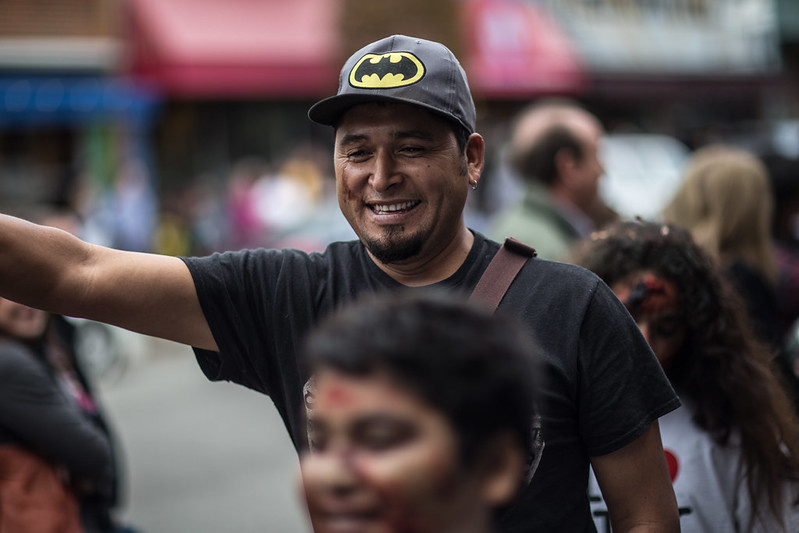 He was filming his son with a camera on a selfie-stick. He was so happy. 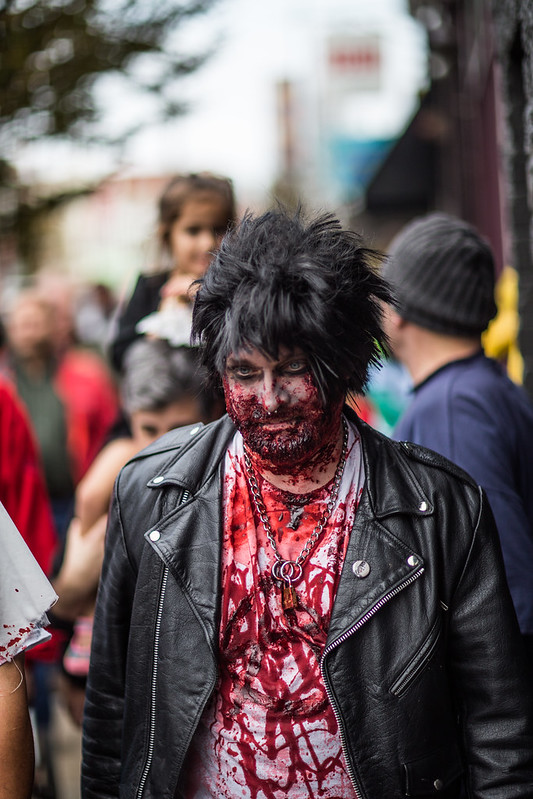 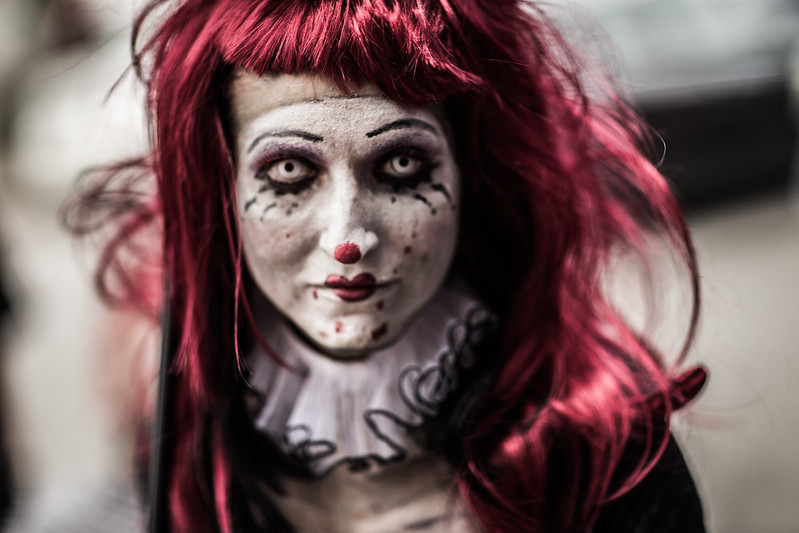 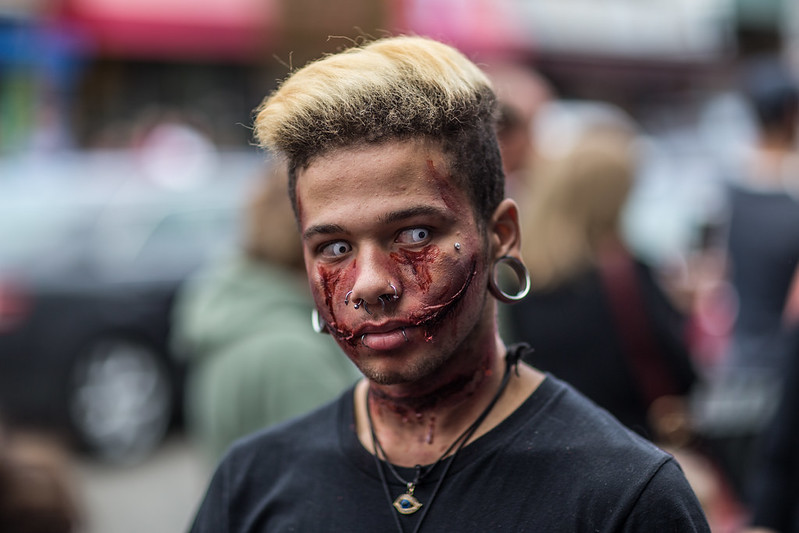 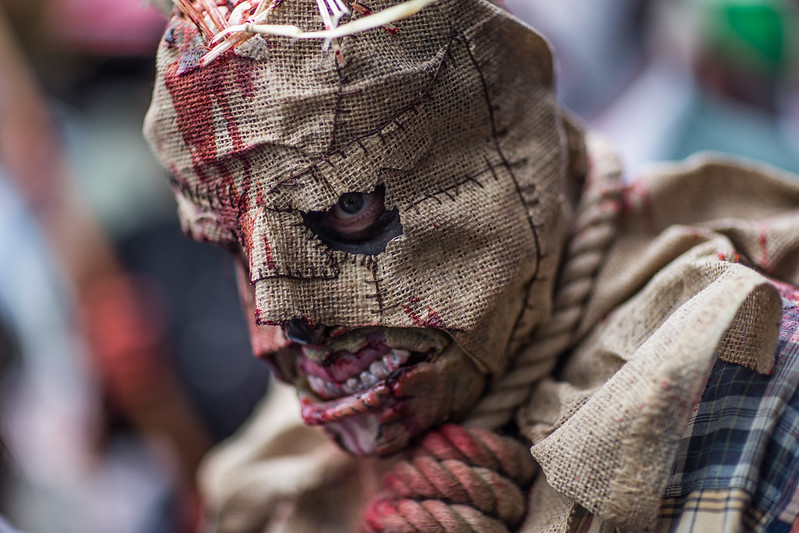 The Straw Man who was part of the Wizard of Oz group which was an entirely impressive group. 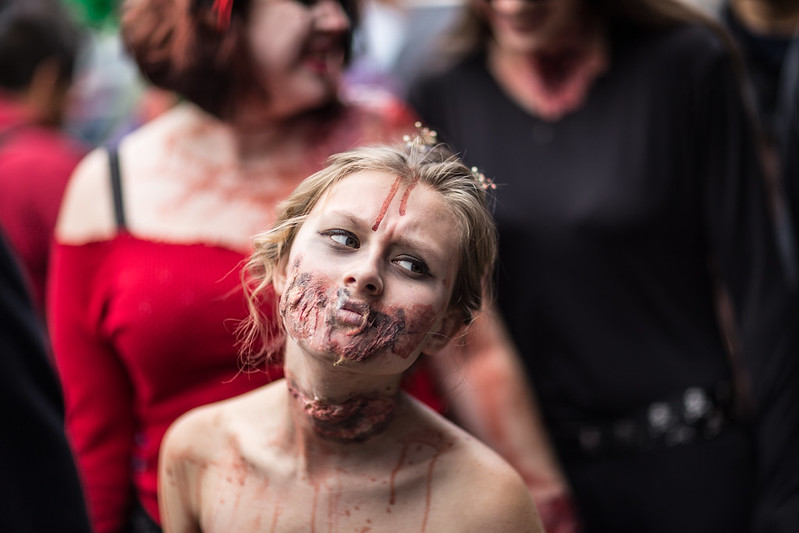 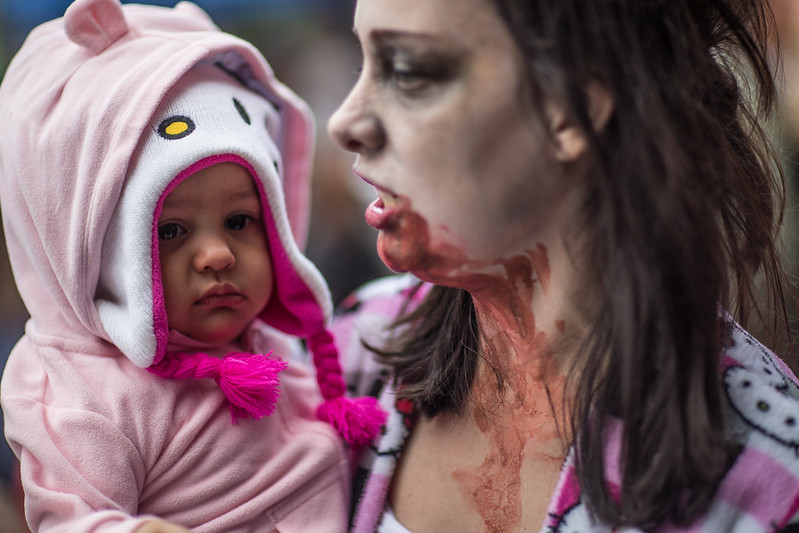 Seeing zombie parents with their children was odd. 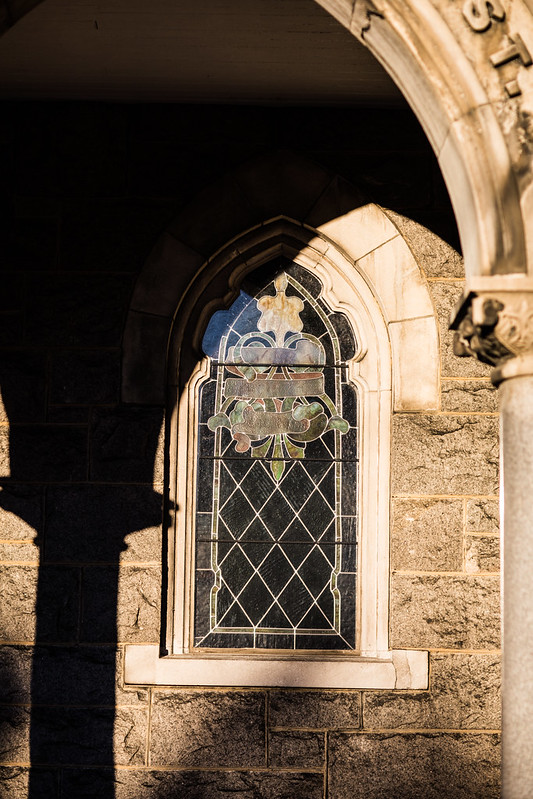 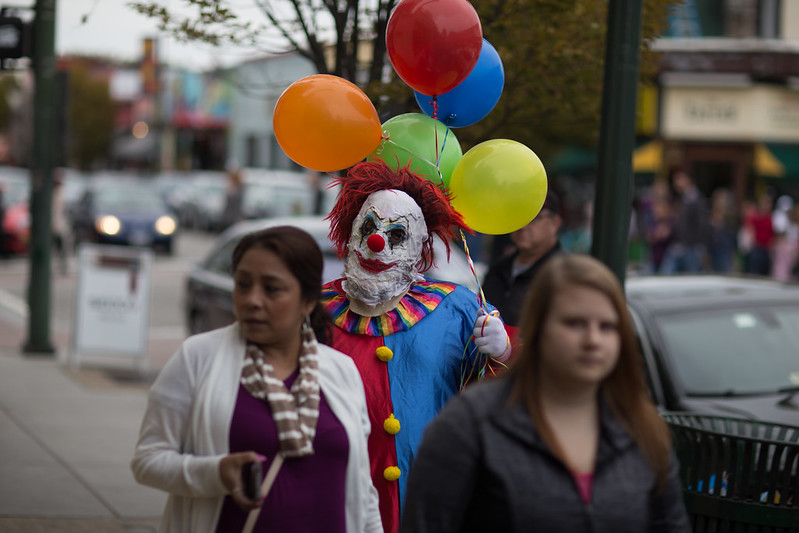 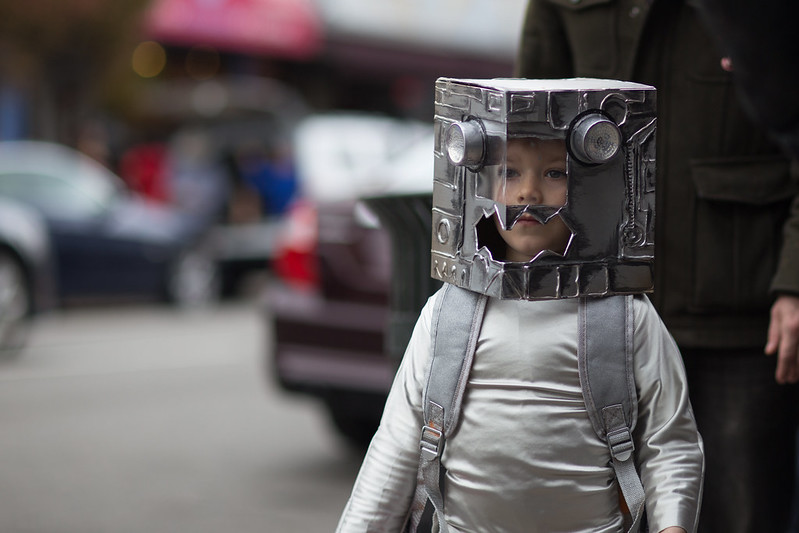 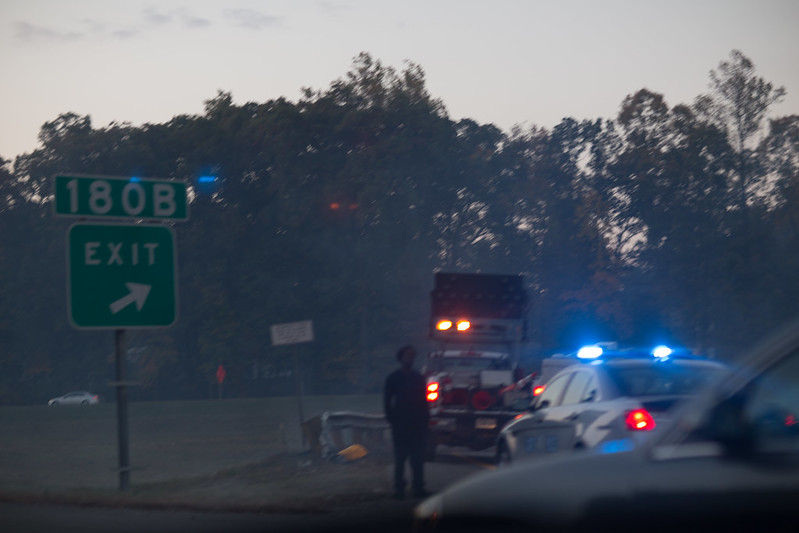 I think this guy was driving the car that was responsible for the traffic jam I was in. He looked lost amongst the police and wreckage. Traffic started moving before I could try another shot. 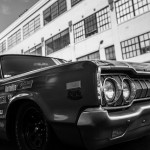 There are lots of pictures this week. I’ve been walking in an entirely new area and that’s been interesting. I’m also playing around a bit with adding more commentary about what I liked about the pictures. Race cars on the streets of Richmond are fun and this one had an interesting background that echoed the lines of the grill. Dazed and slightly confused. This guy shouted to me to take a picture of the damaged sidewalk as he passed. The light caught his face just right as he turned the corner. You can’t see it all that well in the preview version but it looks better full size. The tattered grip tape and the echo of the yellow in the window appealed to me. I love the guy’s clothes and his expression. That mixed nicely with the hand drawn sign and strong primary color blocks on the store behind him. I like the way the power lines come down and meet the rivets of the semi trailer. The semi-pro feel of the eagle is also fun. I liked the mix of nature and litter in a way that juxtaposes the title of the beer- so natural it grows on bushes. There is a certain kind of decay that feels almost intentional. While this doorway smelled of urine, it had that […] 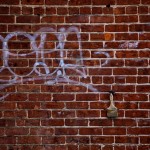 Short work week and rainy but here are a few from this past week’s wandering. I love the paintbrush. 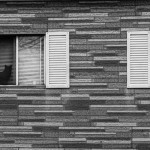