I’m at the State Educational Technology Directors Association leadership summit, yet I am clearly not a state director of anything. Nonetheless, it is an interesting place to be and I’ve heard and had a number of interesting conversations.

I’m going to attempt to get a few of them down on digital paper before they get too buried in email and other mental garbage.

Prior to the conference starting, I had some time to read Montessori: The Science Behind the Genius and it roughly corresponded with seeing another one of those useless top 100 web 2.0 apps for education lists on Twitter.1 Anyway, the point was that the Montessori classroom was structured around choice but carefully selected choice. It went on to discuss that given more choice than they’re prepared for people become overwhelmed and constantly second guess their choice after the fact. I think that happens a lot with technology options. People are presented with all their options when in many cases they just need to choose between three or four that are presented to them. We (HCPS) need to give this some thought with regard to how we structure and display our digital tool options.

Clearly, having a sense of control over one’s environment is associated with better learning and performance in children.

That was another quote about choice that I remembered to share. I think it has some direct connections to student/staff satisfaction with laptops. There are some schools who won’t let students change the desktop image. I don’t think that’s a good thing.

At the actual conference, I spoke to Michael Haney from the National Science Foundation. We were talking about visualizing learning paths and encouraging student metacognition through visuals. It got me thinking about some group from the EdLeader21 conference that had multiple strands for all their projects (content, creativity, problem solving etc.). They, as I recall, had fairly traditional bar graph type visualizations. I was thinking you could use something like a star or pentagram to visualize several elements and clearly indicate discrepancies. It seems like it’d introduce a more dramatic element of disharmony that might matter. No one wants to be lopsided. Mr. Haney also mentioned a few people doing work around computational thinking. That is our next big step at the middle school level and one that is interesting but promises to be complex.

Georgia seems to be doing some interesting things regarding sharing their virtual course content. The resources are here. It’s also my understanding that they will be releasing the actual courses as OER material under a CC license. That’s an awesome thing to see a state doing. GA also seems to be going out of its way to market their work to the school divisions in GA. That’s something HCPS needs to work on internally.

John Keller from Indiana had some interesting comments. His focus was on funding innovation- not catching up those who are behind. I liked his statewide focus on connecting innovators. That’s something else I think we need to work on internally in HCPS. He also mentioned “strategically abandoning” things that failed to work. That’s an interesting idea and one that David Wiley was particularly attracted to.

Wiley’s comment was essentially that publishers are very excited about digital curriculum and that’s a big warning sign. I agree.

I’m trying to figure out how you move from strategically giving people content/lessons etc. when they don’t have the necessary skills/experience then scaffold them up toward evaluating and using this provided content but also actively adding to that content.

Since VA is too good for common core, I’m trying to figure out how badly that hurts us. It pretty much drops our conversation from national to only VA. The Learning Registry launched today and that illustrates pretty clearly that we aren’t going to be able to make the same connections nor share the same content efficiently that common core states can.

There was a lot of talk about “big data” and its role in digital content and curriculum. Imagine if you could tie together all the disparate pieces of digital content, their usage stats, test data from various systems, and then act on all that information through the lens of your SIS system. The fact that online education opens up an entirely different level of behavioral data tracking and subsequent possibilities for analysis and action but we have to figure out ways to make that less daunting to teachers.

probably more than enough for now and all of it overlapping with the work we’re currently doing in HCPS around digital content and certainly things we have to think about regarding our digital infrastructure.

1 Those lists make me root for alien invasions, the rapture and any number of other things that would end such stupidity.

This is probably too simple. My belief is that we (my colleagues and I) should make/find interesting things. We should publish them online in a way that integrates these interesting things into the frameworks that govern the lives of our teachers (pacing guides, curricular frameworks, state standards). Associated with each interesting thing should be the option to expand outward into the rationale behind its selection/construction and/or towards the tools of its construction. I think this does at least two interesting things. It forces a deliberate rationalization and explanation of what you’re building/linking in and a transparency for the user to see those thoughts and perhaps shape how they think about the media/tools/lesson plans. This framework also provides an example and the tools to make/manipulate what you see. It should be empowering- kind of a “if you like this . . . ” here are the tools to build your own. In both these cases, the instructional rationales and the tutorials on the tools should be fairly common between a wide range of media objects. I’m also hoping they’ll grow organically over time with people adding nuance and depth to various sections as needed. I’m not entirely clear on decent ways to have elements of this happen automatically- similar to the way associated posts occur on some sites. It may be […] 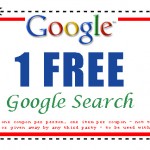 In the beginning there was search

creative commons licensed ( BY-NC-ND ) flickr photo shared by Bramus! We’re playing around with some online content for instructors to access on their own or to use as part of some guided online learning we’ll be doing. We started the building some elements around search because it is a place where most people are comfortable but where there’s often decent room for growth. It’s nothing that hasn’t been done before in terms of the goals but I hope we’ll be able to make it more approachable and really target the things that will be attractive to instructors in higher ed. I also want to see it as continuum that will lead people more deeply into the wild world of the web. We opted to focus mainly, although not exclusively, on the Google search realm because that’s what most people use and they have a pretty extensive variety of options that are attractive to higher ed instructors.I remain somewhat conflicted about that but after seeing Bing’s advanced search options I decided I could only worry about so much in my life. The content isn’t finalized nor is the presentation but I figured writing it up would force me into articulating my choices and maybe one of you would give me better ideas or point out flaws. General Ideas The content […] 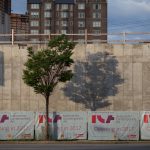 I talked to some VCU people about ePortofoliosYes, we still need the e. Just be glad it’s not an i.. It’s a conversation I’ve had any number of times over the years. I think that experience is leading to a better understanding of what’s going on structurally and the space we have to navigate competing interests. I’m also in a better position to show how certain technologies might help people find a middle way. However, I’m still trying to be honest about the complexities involved in an environment with shrinking resources and expanding expectations. That’s a rough line to sell when vendors have no compunction about pitching simple answers that aren’t exposed until after contracts are signed. For the record, I didn’t start with this peppy intro when I spoke. Portfolio Strategy There seem to be two major philosophies when thinking through portfolio content. Trophy Case The “trophy case” is showing the best of what the student has done. This is the pattern in many traditional portfolios. The student puts up assignment A. It’s as good as it’s going to get and it represents learning outcomes 1, 3, and 7. The alignment between the assignment and the evidence it presents of skills/knowledge is preordained and there’s little evidence of how or what led to that result. There is little or […]