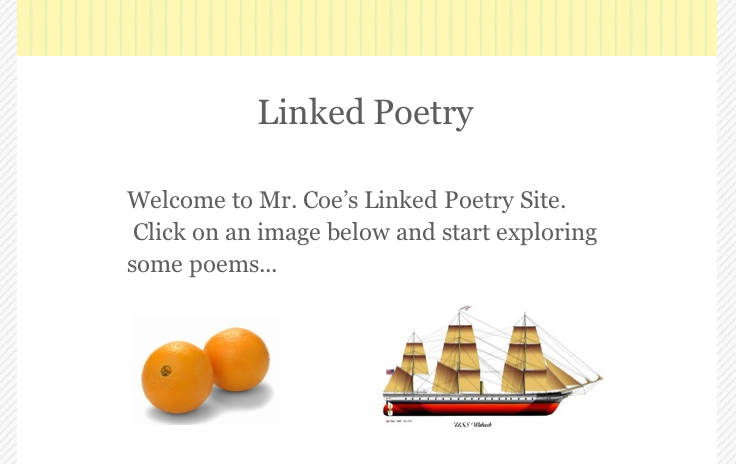 I was trying to find a new way to make poetry more engaging last month. As I searched for intersections between poetry and technology, I found the genre of poetry that, along with innovative web comics, inspired this experiment. I created a website with a couple poems peppered with hyperlinks. The links point to clues both informative and intriguing. My hope was make exploring a poem more of an adventure than a chore. It seemed to be successful. My students were able to articulate the concepts and themes of the poems. The discussion was more informed and, therefore, more interesting. 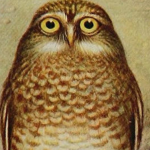 Origin Story I had a number of emails from people trying to restrict content in various ways. One person wanted to restrict access because they were editing previously published content. Another person wanted more of a traditional membership-style option with the ability to restrict certain content based on user roles. I looked at some of the plugins out there but felt that building something a little less corporateThe desperately grinding e-capitalist will become a villain hated by our children’s children. would be pretty easy. It’ll likely evolve as I get some people using it but it’s here now if you want to mess with it. Making It This plugin uses the Advanced Custom Fields plugin as it saves me tons of hassle building custom field interfaces. ACF Stuff First, these two pieces enable me to sync up ACF field data without the drama of import/export or hard coding it into PHP.I regret doing this very much on another project as I then started hand coding changes and now am stuck hand coding ACF data stuff. Less than desirable. Now, I started off hand-writing the user levels as items. While easy, it felt wrong because there might be other user levels created by other plugins and they’d end up left out. I realized I could just add the user roles automatically […] 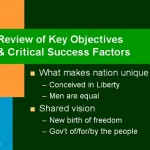 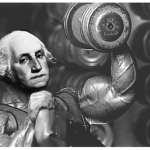 Something simple and silly I did back in the day to emphasize the strength of the leadership of the Continental Army. Trying to make visual connections and keep people interested through humor. I’m reminiscing some about my days teaching 6th grade and as I find things that I still likeThere’s not a whole lot I still like. I look at a lot of it with disgust and sorrow. I wish I could do it again knowing what I now know, you know- and that’s half the battle. I plan to post them. Not that they’re particularly useful to others but it helps me keep track and who knows what it might inspire.