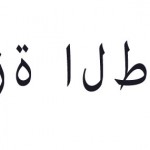 Do you bring a shortening of the way? 1 I’m a bit obsessed with the idea of speed/energy/enzymes/accelerants at the moment and so as my head churned on my silent drive to work I remembered a sentence about shortening the way. It was actually “Kwisatz Haderach” that was in my head from Dune . . . but my vague memory of the spelling led me to the Kefitzat Haderech entry in Wikipedia and it turns out Herbert based his title on a Kabbalistic reference to something akin to teleportation (literally- contracting the path)- “reaching destinations with unnatural speed.” Sometimes the journey is the destination but in most of education we’re only doing X and Y to get to the magical land of (o)Z where the real payoff lives. The faster we can get there the better. That goal often get confused in both education and certainly ed tech. People become overly focused on tough paths that “build character” or forget that they’re going anywhere beyond the next hill. I have to keep asking myself if what I’m doing will get us to the place we want to be faster. That place might be the journey. It might be a place of ambiguity. I’m not advocating for Chinko learning machines.2 Simply put, if hiking is the goal I want to spend […]