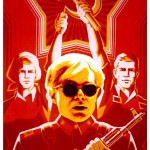 I’m doing Faster Nyan Cat!1 Build! Build! tomorrow at NMC so . . . I’d better get moving on linking all this madness into some sort of coherent story with examples. So take a deep breath and . . . go look at another webpage. This is going to be long. Consider it something between speaker notes, reference links, and that scene in A Beautiful Mind2 links everything together with string.3 Once Upon a Time There was a guy who didn’t know how to program but who had quite a few needs and even more odd dreams that he wanted to come true. He was from Alabama which made it perfectly acceptable to make things work with a combination of duct/duck tape and bailing wire (even high tech things). This is the story of how to do stuff like that. It isn’t best practice.4 It may not even be good practice.5 It is simply a way (that has worked) to get lots of work done quickly within the narrow confines of my skill set. Keep in mind, I did a presentation for NMC previously with Jim Groom entitled Nonprogramistan and with the URL /ihatecode.6 There’s also some SPLOT-ish connotations to some of this stuff- just making a one purpose tool that allows users to do one thing with no usernames/passwords […] 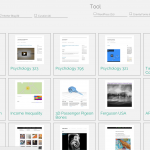 I can create basic child themes. I can make some low level plugins. I can take themes and plugins as they’re given and live with the shortfalls. Lately I’ve become (more?) interested with the space between those two options. Can I use one or two plugins to create the equivalent of on-the-fly-child-themes? Can I teach other people who aren’t interested in making child themes how to do it? How replicable are the design/building patterns? To parallel that line walking, I’ve repeatedly tried to deal with the example/tool/tutorial structure in a way that might get people curious. Building lists of tools doesn’t appear to have advantages long term. I’ve done that too many times. Plus it puts the focus on the wrong element from the start. At the same time people need to see the association between tool and possibility.1 For this to ever really work well there has to be a fairly tight entwining of tool, possibility, and example. This site is supposed to show examples by discipline, tell how to make them (tutorial/FAQ), and add in other interesting and useful elements. It may be this matters more to us internally. It’ll help provide a quick way to find examples in the moment of need when talking to instructors and provides enough documentation for most of our internal people to […]