I’m not even sure this article warrants a response. I started to satirize it but it was already so far out there, it was hard to think of anything more ridiculous. If you want something useful, read elsewhere. If you like when I say mean things about poorly conceptualized ideas, this is for you. ____________________ 1. Digital portfolios for students. Imagine if all students were assigned a QR code at the beginning of the school year—or even the start of their educational career? Every year, instead of putting that student’s assignments or projects into a manila file folder that gets sent home (and oftentimes chucked in the trash) the teacher could upload a few examples of papers, projects, tests and quizzes to the QR code. The code could also include links to student videos, blog posts or other multimedia projects. That QR code-portfolio could then be printed on the student’s report card, so that the grade becomes about more than just one single letter. Imagine if you were talking about digital portfolios but kept pretending the way you got to the portfolio mattered more than the portfolio itself. Imagine if you could print1 a URL on a report card and get the exact same effect only you would not get to use the scanner app on your phone. 2. Connecting […] 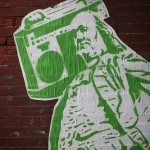 Jac de Haan sets me straight regarding how confused I’ve been about the motivation of large corporations to sponsor teaching academies. . . Regardless of what you believe the motivation behind sponsoring such events may be, these companies are recognizing that many teachers put countless unpaid hours into professional development and investing hundreds of millions of dollars in education. Oh. Corporations are doing this to recognize unpaid teacher PD. That’s so very kind of them. It all makes sense now. I take back everything I said about educators being confused about how this whole thing works.

I should be able to cut and paste this from the Neuromancer ebook1 I have on my freaking iPhone but I can’t. So here is the hand transcribed passage that reminded me of edupunk and surrounding nonsense. Not sure if the parallels qualify as irony but it’s at least interesting. …but others (including many who’d never gone near a a science fiction novel before in their lives, nor should they have) took what came quickly, to be called cyberpunk far more seriously that they should have. Nasty remarks pelted like rain on the hard, bony heads of the more oafish supporters and detractors alike, but there was no inconsiderable fun in that. Everyone loves a fight when no one loves the fighters. The speedy commodification of cyberpunk™ within and beyond the genre, however, was what peeved far many more, notably Gibson, who remembers seeing “Cyberpunk Trousers” advertised in a store window during his first trip to Japan, a decade ago. Countless incompetents and ghastly old hacks keen to cash in on the main chance wasted no time churning out hot jack-in product, ephemeral as toilet tissue, memorable as restaurant flyer. A number of innocents and miscreants gainfully employed in other metiers were inspired as well, God help them, to produce creative work of similar worth in the spirit of the […] 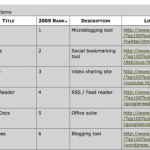 I got an email today passing on “The Top 100 Tools for Learning 2009” list. I know I should have left when some people chose Animoto as their number one choice but I didn’t. I wanted to see what the compiled list from 278 people looked like1. In order to look at it in a more interactive way, threw the data into Exhibit. It’s interesting to click around and see the data grouped in different ways. Mostly it makes me think that asking for a top 10 is about 5 items too many. I also wonder a good bit about what people think of when they list “tools for learning.” Photoshop made it to #35 this year. 1 There are a number of problems I have with the way the whole collection of items works but we’ll ignore that for now. 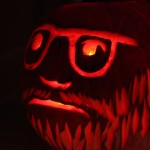 Unlike Jim Groom, who only lavishes surface praise while harboring deep hatred, I truly respect the Bava and integrate him into our family’s holiday traditions1. I had to make a hole in the back of Jim’s head to let some of the hot air out. Still needs some work though as the candle keeps going out. 1 You should see what Santa looks like in our house. 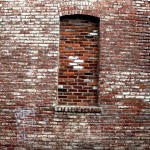