Of course, the problem with cliches is that they are just so darned … you know. Cliche.

That’s why I am initiating the Cliche Rotation Project, to replace our current set of cliches with new ones of equivalent meaning. For example:

I’d love to do that in an English class.
It could be done to reinforce the ideas of cliches (and avoiding them).
You could use it as way to approach vocabulary (each “New Hottness” cliche has to use one of our vocabulary words).
I think it’d even work well with a poetry unit.
You could also have them illustrate their cliches.
They’d make good journal or story prompts. (Draw three new cliches out of the hat and include them in your story)

All in all just a great way to get kids having fun with words and focusing on language.

He’s inviting submissions through comments on the post. Why not try your hand?

This was made with Timeline JS and is predominantly dates from the Virginia Standards of Learning USI5 and USI6 but I’m sure this is pretty standard fare for any US history course. I’ve got a fair amount more work to do but things are at least sketched out based on the “required knowledge.” My goal is to have a decent mix of primary source material, video, and links to places with fairly deep content. The difficult thing about making content like this for anyone other than yourself is that the ideas I have about how to use particular items aren’t easily seen by others. Adding a layer of “teacher directions” is fairly odious for me and unless done very, very well it will likely be ignored anyway. For example, I opted to use an image of the Geneva Bible to represent Massachusetts Bay. There’s the obvious ideas around how the colonists tried to use biblical elements to guide all aspects of their life. I was struck by this statement on the cover “With moste profitable annotations upon all the hard places, and other things of great importance as may appeare in the Epistle to the Reader.” The Geneva Bible was seen as the first “study bible” and had extensive margin notes, numbered verses, was likely used by Shakespeare as reference […] 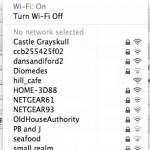 Statistics Reducing a player’s worth to a single number can be contemptible, says John Thorn, a seminal sabermetric writer and the author of the 1984 book The Hidden Game of Baseball. That book introduced the Linear Weights System, which attaches a value in runs to every offensive event. (For instance, a single when the book was released was worth 0.47 of a run.) Linear Weights System provides the mathematical basis for WAR’s offensive components. Thorn, while supportive of WAR, criticizes the way it is often deployed to end an argument. “The current lowest common denominator of statistical writing is the fixation on comparing Player A with Player B, which seems to me not only worthless but serves to obscure the larger story of baseball,” Thorn says. “Enjoyment of baseball is like enjoyment of art. If you decide it has to have a utilitarian function & you make it seem like work. It’s supposed to be play.” –ESPN Given there aren’t many baseball players, they are already filmed and analyzed from virtually every angleTake a look at the coaches per individual skill and compare to how we try to in a game that’s relatively simple compared to something like, say, teaching, I don’t have a lot of hope for the assessment of teacher quality working out well. Roger Shank doesn’t make […] 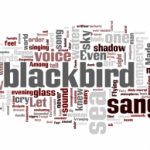