I bounced from this O’Reilly post to this Edward Tufte video on the iPhone. It’s a big file but fairly short and worth listening to if just for the last few lines.

Clutter and overload are not an attribute of information. They are failures of design.

If the information is in chaos don’t start throwing out information, instead fix the design.

I think our education system is a system that is/was in chaos. Our response has been to throw out information, to standardize everything, to make testing so ABCD simplified that we don’t really have to think about the design.

The perfect example is the “sandwich” writing style that students are coming into college with. I can see it as a way to teach introductory writing but because of the way standardized writing samples are graded the style carries right over into high school. Students then end up in college writing standardized dreck with the belief that it’s awesome. It’s not.

I’ve been tutoring college writers for about 7 years and I’ve seen the decay, the loss of voice, the adoption of really artificial and forced “introductory sentences.” It’s ugly. I can’t imagine what long time professors must feel.

Now schools are starting to fail according to NCLB (I’m sure we’ll all be at 100% passing by 2013). What’s going to happen? My bet is we’ll continue to simplify the information while ignoring the design. Expect more rote memorization and more robotic writing.

Damn that’s depressing. Someone cheer me up.

Here’s another example of art meeting science. A group of printmakers from all over the world created individual prints (using a variety of mediums) to create a periodic table. This might be a great cross-curriculum project. You could also apply this idea to math formulas and scientific/physical laws. via Neatorama 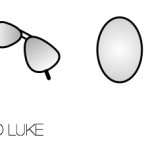 Assignment: Reduce a movie, story, or event into its basic elements, then take those visuals and reduce them further to simple icons. That’s my attempt above. I tried to stick to a three color scheme. The first image is supposed to be a parking meter. My wife was unable to ID it. It needs work. Hopefully the other three are at least identifiable. I don’t use vector drawing tools very often. I clearly need to spend some more time with them to get some skills but that was half the reason I attempted this. My learning is now public, fairly messy, but most of all not really what I want. That is ok. It’s fun. It isn’t a contest. I’m enjoying it. I do not fear Jim Groom’s red pen. You might also notice that I’m doing assignments in and around the #ds106 course but not necessarily all the ones that are assigned, nor am I necessarily doing them in the order they are given. I’m doing extra “work” with the interest and energy moves meClearly animated gifs got under my skin for some reason.. I may go back and do some. I may not. I like the MOOC idea. I find it valuable to have a group of people moving through the roughly same ideas at roughly the same […] 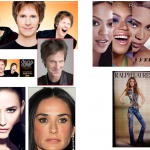 So I actually taught a 55 minute class Monday. I’d give myself a C- but I think the underlying concept and the examples are decent and worth sharing. Here’s the idea. Essentially it’s easier and easier to tell convincing lies in a digital environment. I’m stealing from Dan Meyer here. I asked the kids to tell me one thing they knew was true and then one thing they knew was false.  The next request was for a statement that was sort of true or sort of false. Augmenting Reality   So I start with the question “Are these pictures lies?” and then try to drill down to the various pieces and apply the idea of context, intent, and manipulation. Essentially, maybe it doesn’t matter so much if Dana Carvey is airbrushed up.  He’s a comedian.  I don’t think anyone cares too much what he looks like.  He’s not selling anything to do with looks. Does it matter more that they’re changing Beyonce’s skin color dramatically?  Why would they do that? Does it matter? Interestingly, the students seemed to feel that this was done with lighting and wasn’t a big deal. With Demi Moore, I tried to add complication.  Would this be a lie if this picture was used to sell a beauty product?  That seemed to trigger something for the […]