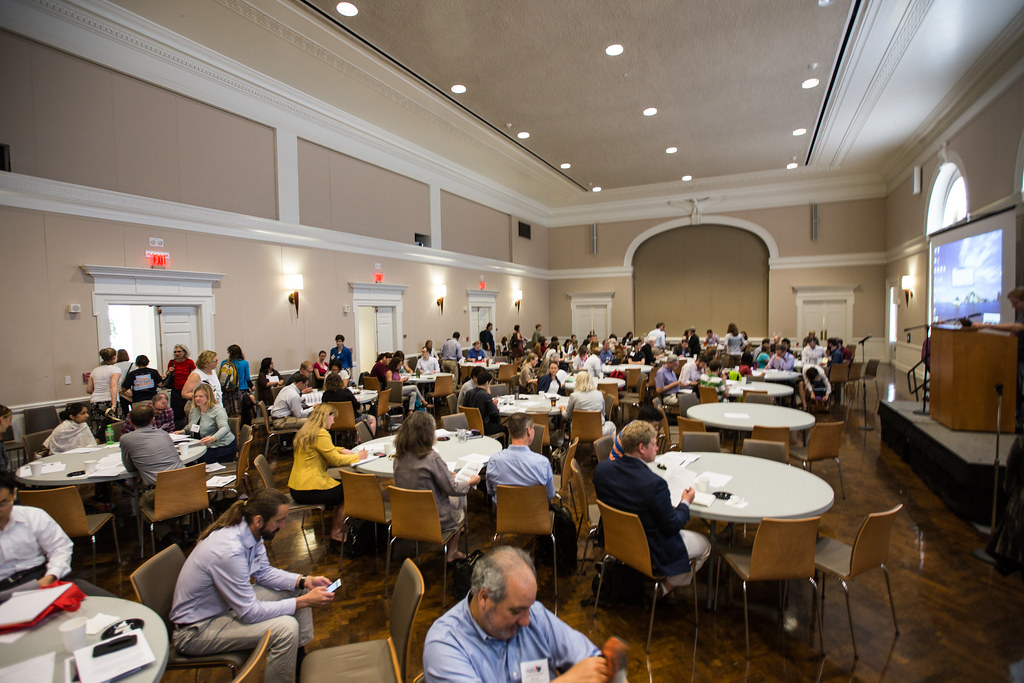 I had an interesting day at UVA a few days ago as part of their Innovation in Pedagogy Summit. I got the chance to talk to UVA’s Teaching Resource Center group and listen to some interesting educators talk about their practice.

I was the closing keynote and I talked, as I have before, about what educational technology might be versus what it is. Essentially this was an extension and deepening of the It Could be Beautiful concept I did at VSTE a few years ago. It helps to see the depth of the perversion and misuse of educational technology before looking at ways it is working. Otherwise people tend to pretend it all sucks or it’s all going great (depending on their own stance). We seem to have created a populace, in the USA at least, that has a great deal of difficulty with things that are not stark examples of black and white. I don’t know if I should blame the media, capitalism, or standardized testing.1

What made this particular iteration a bit stronger was starting off by asking the audience to do something right away that set the scale of what we’re endeavoring to do in education. I asked them to go and read their college/university/departmental mission and vision statements and talk about them at their tables. What resonated? What seemed most important? Because this wasn’t a Twitter crowd2 I ended up circulating among the tables to get an idea what they were talking about and I heard a variety of things. A number of people read the text aloud to their table but in altered voices, almost as if the goals were too much to read normally. I heard comments like “We’re supposed to save the world.” That was followed by nervous laughter.

I brought us back together using a Buddhist prayer bell audio clip. It had been done in an earlier presentation (with an actual prayer bell3) by Susan Bauer-Wu and Kurtis Schaeffer and it seemed to work really well in both cases. 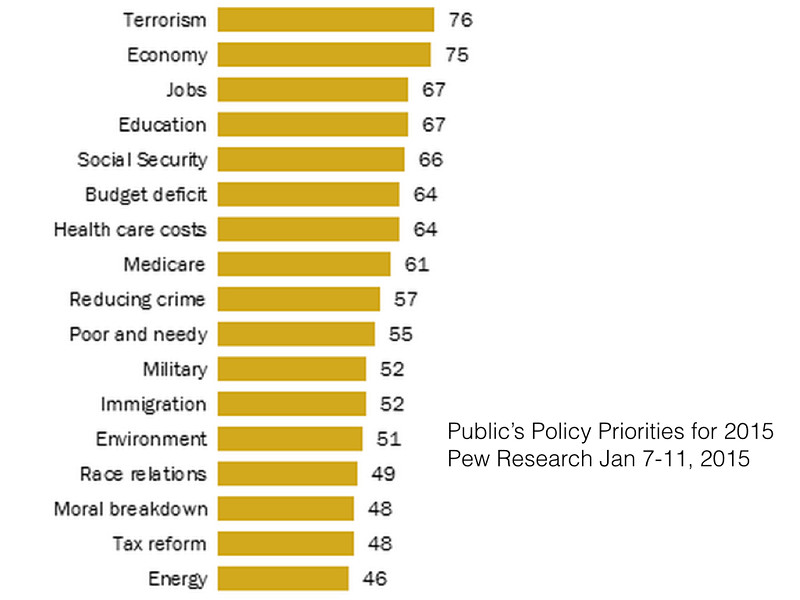 This was the next slide. It shows the Pew top concerns from the USA. I don’t want to oversimplify things but I both blame the products of higher education for the creation of these issues and hold them responsible for progress towards solving them. It’s an intimidating responsibility especially given progress to date. I opted not to add on the UN’s millennium goals because I found them too depressing. 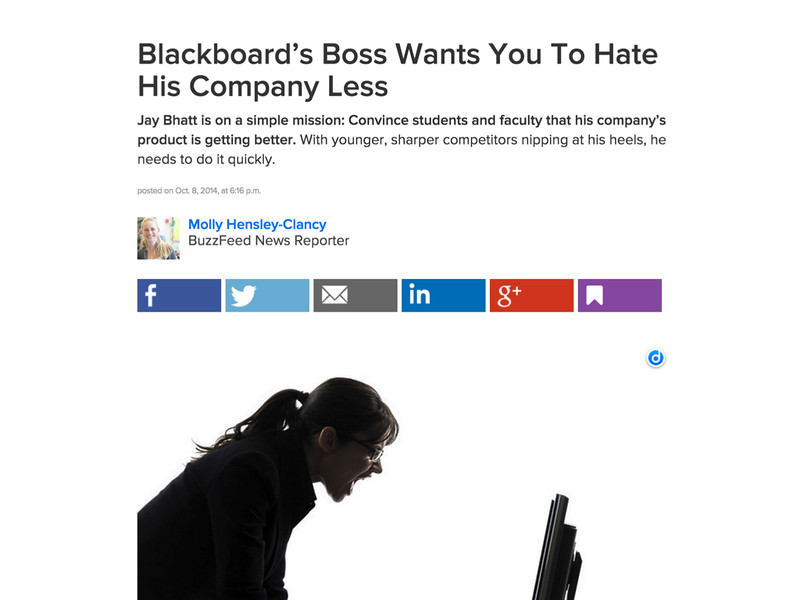 The point here was to contrast the magnitude of the challenge to our world and higher ed with the rather dismal bar we set for educational technology. Less hate. Slightly less sucky. 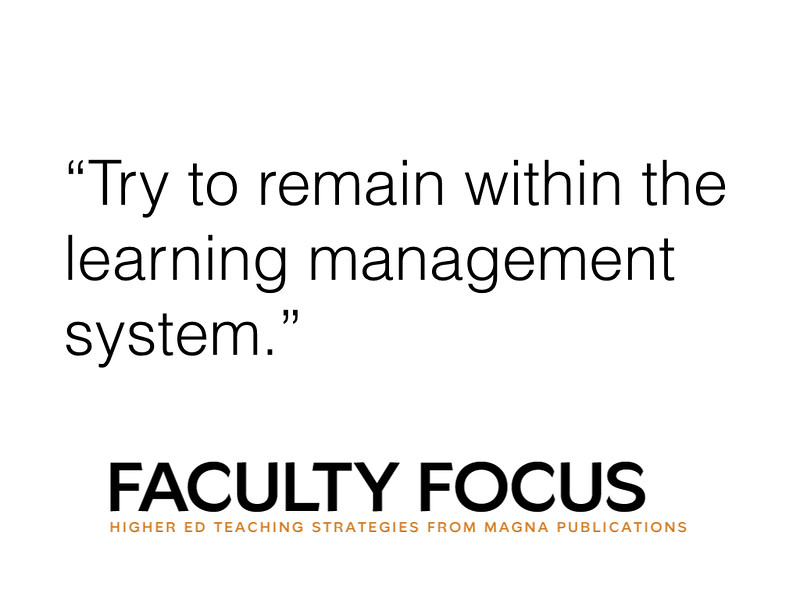 We can’t be creating students that are going to solve these problems while at the same time having such contempt for them that we believe they’ll get lost if they leave the LMS. That without total tech support the student has no chance. We have a disgustingly low opinion of the people we’re handing these problems to. 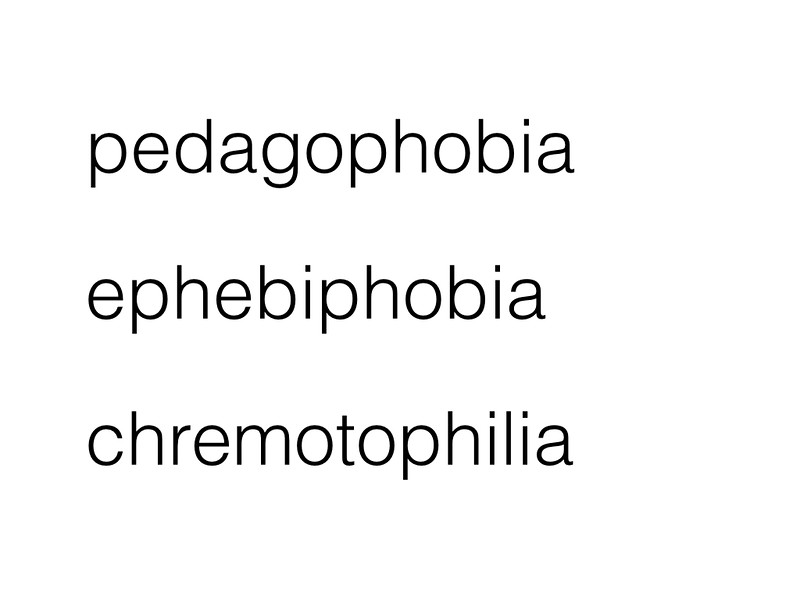 These seem to be the guiding principles around most ed tech constructions. Fear of teachers- let the machines standardize the teaching because we can’t trust the faculty. Fear of students – don’t let them embarrass us in public or let them get lost. Love of money – how can we do this cheaper? There’s a lot more depth to these but you get the idea. 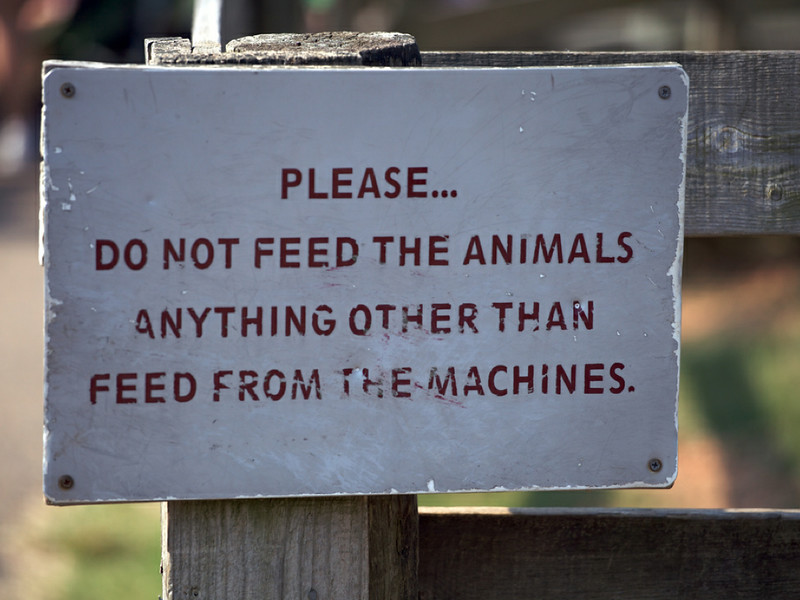 Often educational technology helps further pervert and separate the world of “education” from the actual world when it ought to be doing the opposite. 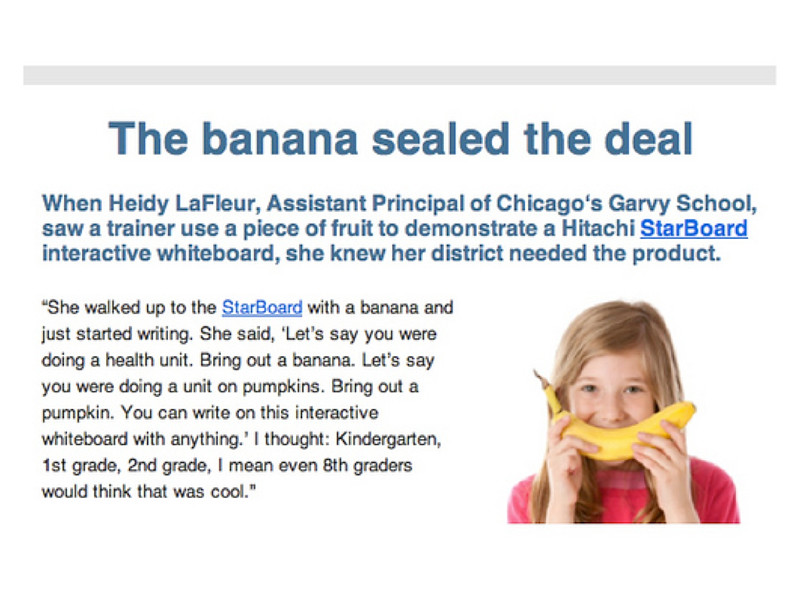 This ad remains one of the worst examples of bedazzling education that I have seen. This is something an educational leader was willing to have committed to print and disseminated. She still has a job making educational decisions for an entire school as an assistant principal. I think about this often. 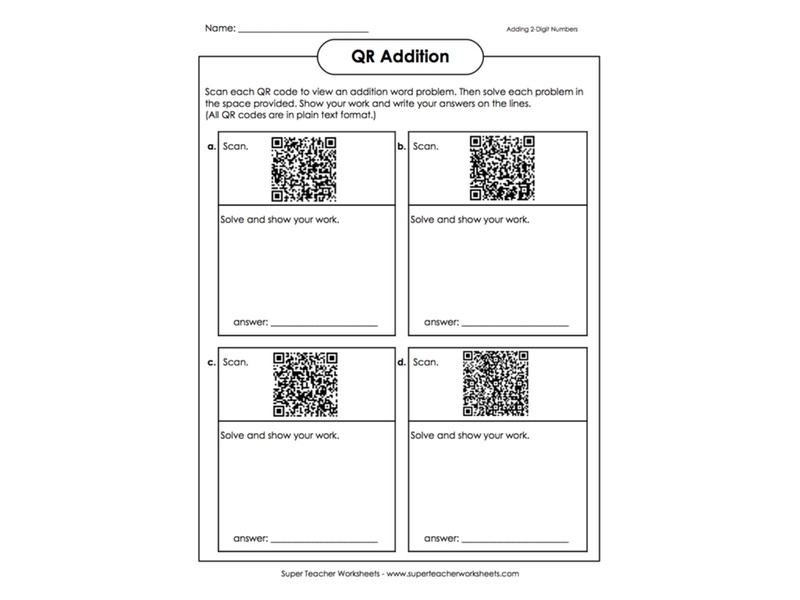 I doubled down on the misery with this one which is new. The k12 examples tend to be really stark and easily understood but they’re echoed in many ways in higher ed. I’ve considered asking for additional examples on Twitter (#edtechFails) but fear it would be too depressing. 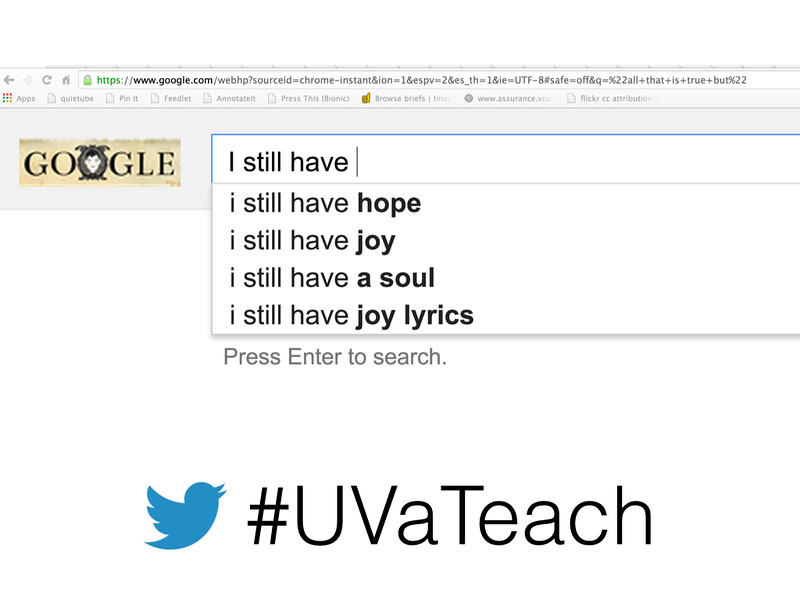 Despite all this I still have hope. I still have joy. I’m not so sure about the lyrics though. I mostly hum along.

I then try to bring us out of the depths of depression with the magical things that continue to amaze me about the Internet. The examples are below but they fall into a few simple (and I think progressively more complex) categories.

There’s the diversity of media that exists in what I’ll call a raw state- just interesting photographs, primary source material etc. It’s the raw fodder needed to build other things. There are also the more processed creations that are educational but are passionately read/viewed by people of their own free will.

The next level is the place where the lines between content and tool begin to blend- the idea of explorable explanations. These types of resource open up all kinds of opportunities for different kinds of questions and the ability for these tools to move beyond the particular course/major and into other realms.

That’s followed by communities that do interesting things, many of them educational, but all representing interesting expenditures of energy and lots of people dedicated to doing things.

I then tried to show how we were starting to get at pieces of this at VCU.

Given some of the questions I got at the end, I need to work on articulating things better. One question around “I like shiny thing too but what about learning outcomes?” really surprised me because I’d taken out a chunk of more advanced technology and had focused on things that I felt were pretty straight forward. It seemed so obvious to me but clearly that wasn’t shared. On the other end of that question I find it hard to hold much faith in learning outcomes as I see them articulated. The utter failure of k12 in this area ought to be a powerful warning but it seems unheeded. Despite being better positioned for independence and resistance it seems higher ed will likely wander into the same quantitative quagmire with a 10 year delay.

1 It may be that these are all the same things.

2 Matt decided to use a conference hashtag, #UVaTeach, for the first time this year and I expect things will continue to expand on that front in the years to come. 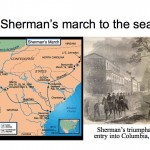 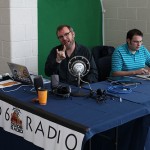 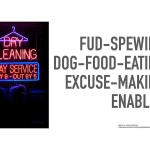 I got a chance to present at Educause with Gardner, Jon, and Molly. The session was about 45 minutes so we each had about 7 minutes. The session description is below. I figured I’d throw my slides/comments up here- mainly because I will forget everything if I don’t write it down. In the past, centers supporting excellence in teaching and learning tended to follow models of faculty development focusing on incremental change in widely accepted practices. VCU’s Academic Learning Transformation Laboratory seeks to change that paradigm. This session will begin with our story thus far. Come help us write our next chapters! from the program This is a list of my greatest fears (although I left out hypocrisy which I find myself repeating almost as much as workflow). It’s easy to scare people out of doing things. It’s easy to end up aiming for mediocrity. That feels like a high bar at times. Don’t call warming up dog food a victory. It’s really almost worse than leaving it cold. At least cold dog food isn’t pretending. I’ve had to do it at times but don’t let it ever become a goal. Excuses are easy. Figuring out real limits on capacity and aspiration is hard and a constantly moving target. It’s a tightrope to walk but walk it. Many places support […]