It may be doing this does a couple things for me. Whenever I’ve entered a new job I have felt like a moron who knows nothing desperately trying to show I know something and am useful without coming off as desperate.1 Trying to make new friends while learning new acronyms and navigating new political structures probably doesn’t make anyone feel too comfortable. So writing down the successes (or at least work) that has happened helps remind me that it takes time and that I’ve done this before.

Additionally I really do forget this stuff and need to write it down. You can see a jumble of people and departments as I write this. I keep having to go back and add things I completely forgot about. It’s taking forever but hopefully this will help me when I need to sift through and find old examples in future conversations. And finally maybe it’s useful to someone else as I realize just how poor a job I’ve done writing about this stuff consistently.

So let’s start with things that come to mind under the letter A . . .2

Brandi Summers wasn’t at VCU all that long but it was great to work with her while she was there. 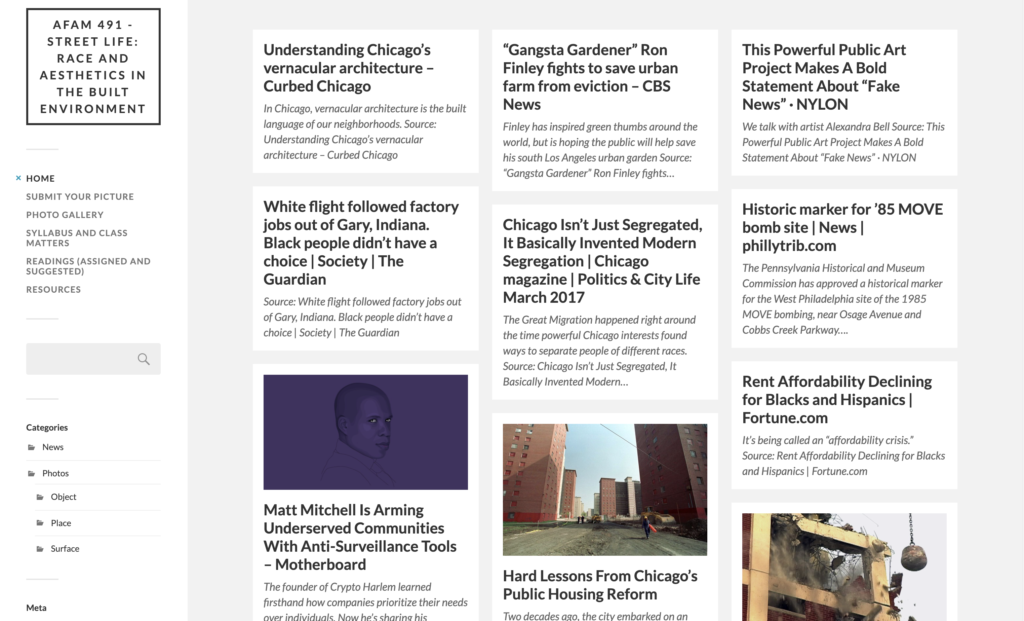 This was her research focus and was the main site I recall working on. It’s another student front-end patterned-submission site. Nothing fancy technically but solid pedagogical work and it did what it was meant to do. You can see the same theme and pattern repeated in the course below. 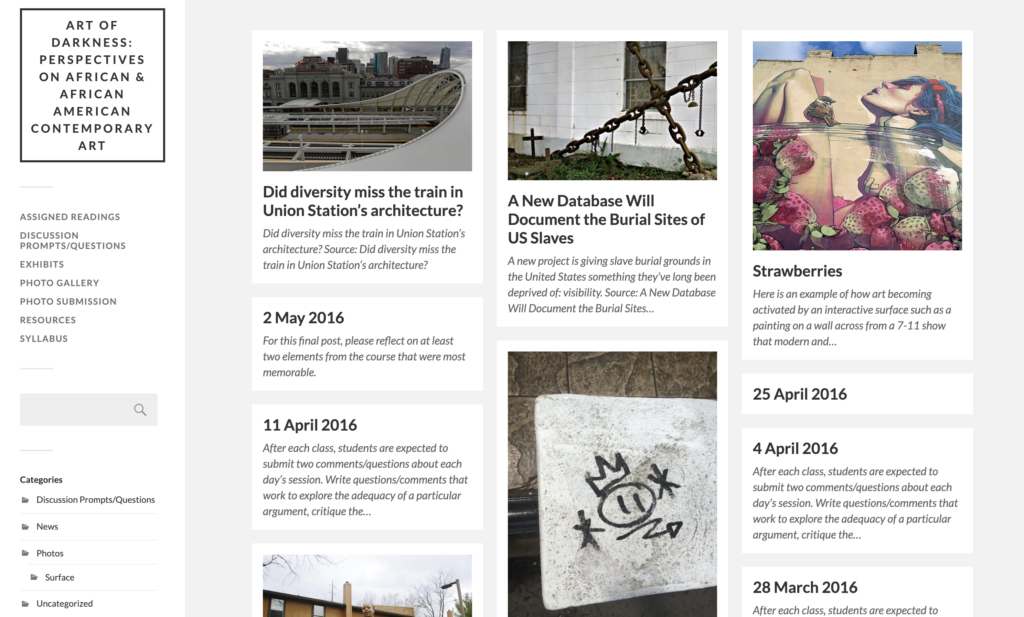 Brandi also had a solid portfolio on RamPages. I can’t recall if that AFAM allowed it for tenure or not but it has that feel. 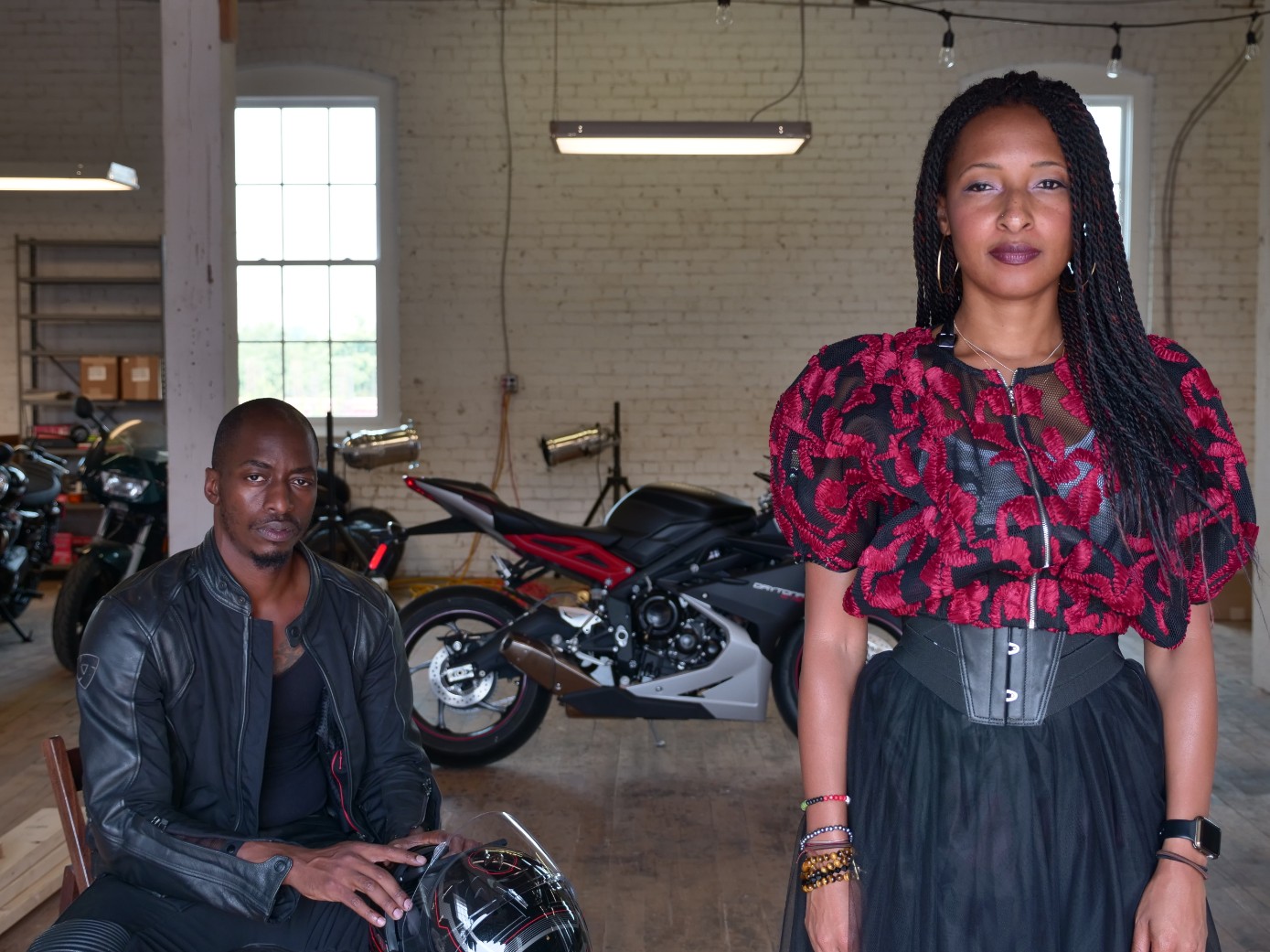 I use the portrait they used for the course instead of a screenshot because it lets me transition to Chioke I’Anson.

As you can see from the picture Chioke and Brandi both have strong personalities. The goal is always to build things with faculty that reflect who they are and how they think about teaching. That’s actually easier in many ways if they hold strong views. It can lead to lots of work that work is good work if it’s done collaboratively.

You can get a sense for Chioke in the video that he made with Molly Ransone. It’s all kinds of awesome. It’s not cookie-cutter. It’s engaging. It’s digital but it’s personal.

Chioke has a bunch of sites on RamPages. I won’t list them all here but I’ll highlight a few. 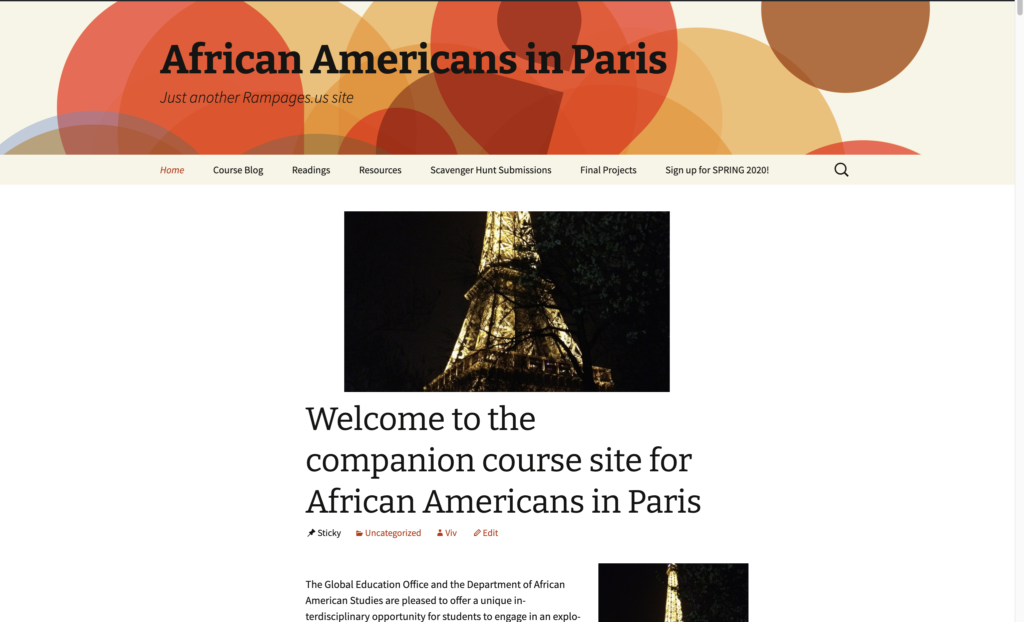 This was a site build to an experiential course that was set in Paris. The thing that has potential to become something more was the visual scavenger hunt. Students were uploading images for sights/smells/tastes etc. from their time in Paris. I’d have liked to expand this as it gets at the virtuous cycle of students documenting experiences and creating material which can be used by students who don’t get that same opportunity.

What’s in a Museum?

I’ve written about this course on theICA museum before but it’s not too deep. The interesting thing was we did the redesign of a stock theme using the CSS customizer while we sat there and talked. It was one meeting and we imitated a majority of the design elements on the ICA site at that time. This was the typical last-minute design pattern that frequently happens. You need the tools, the knowledge, and the personality to be able to make things happen in these situations. I think both my tool set and knowledge increased to enable me to build better things faster in these situations. It is sometimes harder to let go of trying to make something better that what time allows.

For Mignonne Guy I built a data scraper to get YouTube views, likes etc. on vaping videos and put them in a Google Sheet for some public health research she was doing. We were in talks to build a vaping recipe database that would allow people to see the chemicals and possible dangers associated with various flavors but I think the grant didn’t make it.

Adam Ewing was a great faculty member who I worked with a couple of times but once he got rolling he did much of this on his own. You can see he found things he liked and took off. He reached out when he needed something but you know things are working when people need you less and keep doing more. His theme was generally the same and he made students authors on the site to allow them to create their own content. 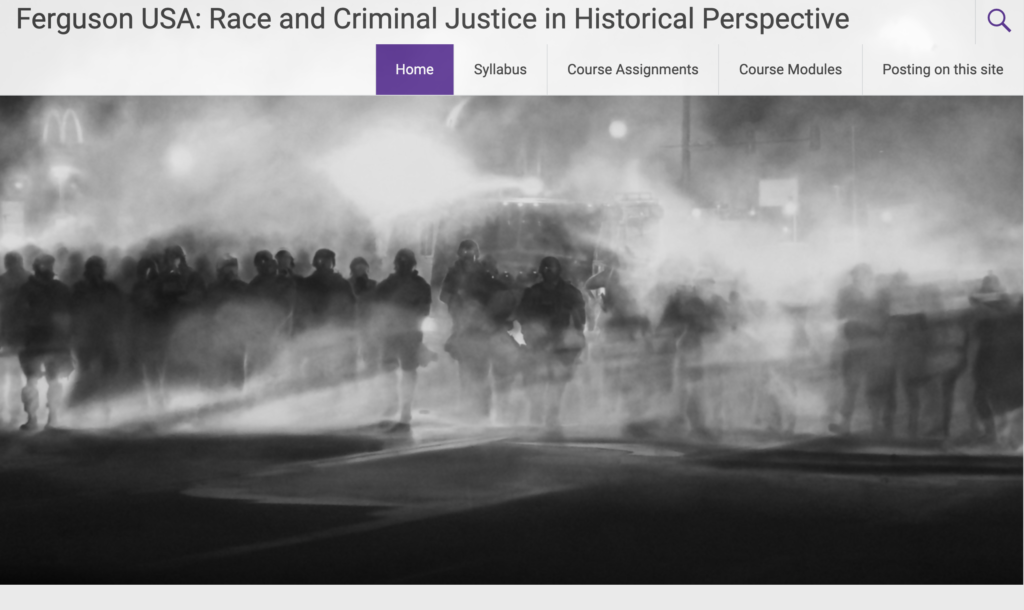 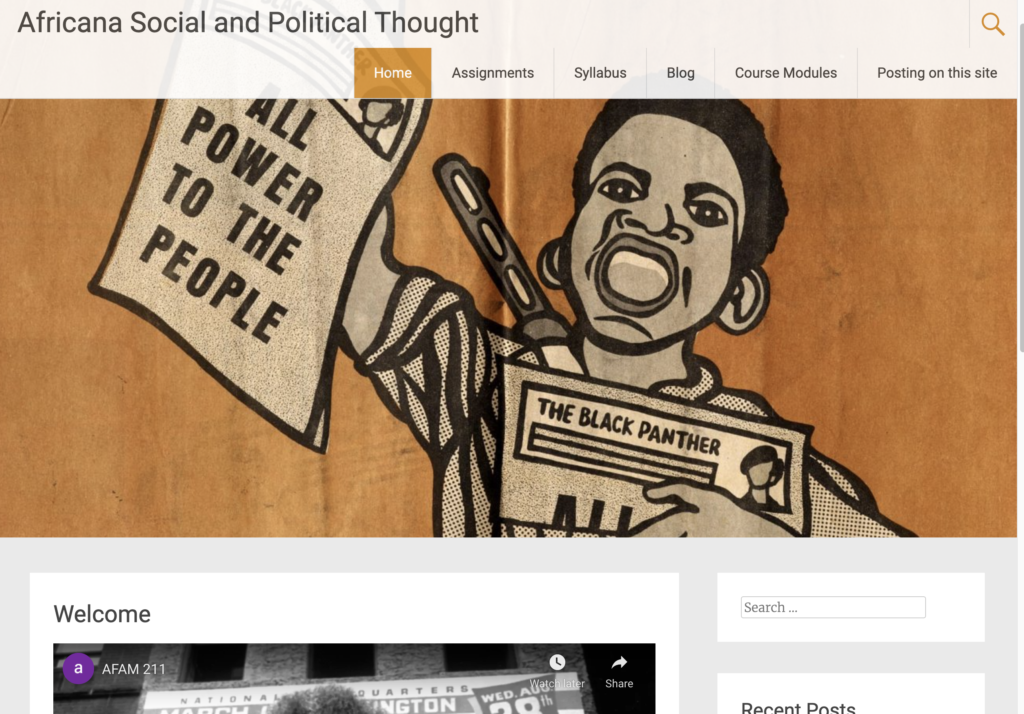 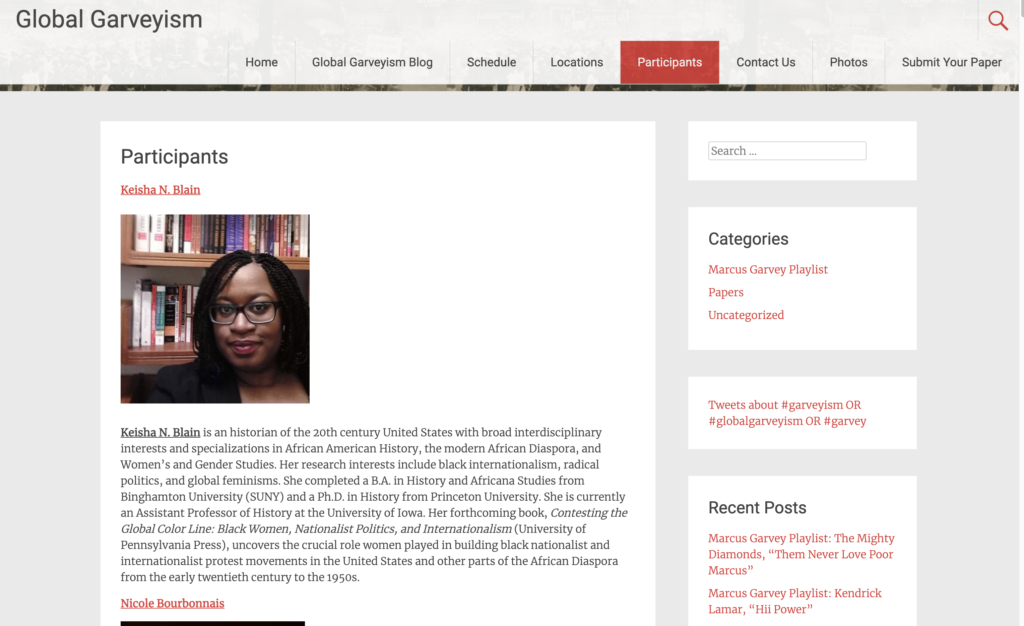 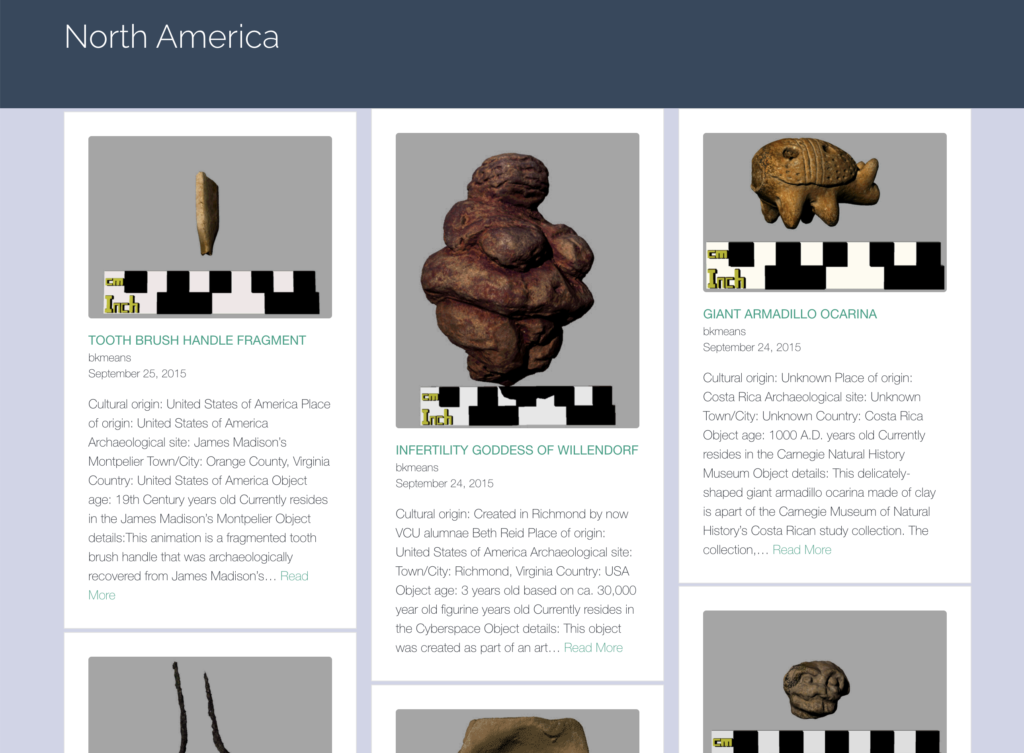 This site was done with Bernard Means as part of the Great VCU Bike Race Book3. It gave students front-end patterned entry options and build a database that was tied to regions. The map on the main page was interactive. Looking at it now it’s kind of a nightmare visually but it did what it needed to do at the time and if I need an excuse these were both early webdev days for me and I was supporting a ton of people for this project. For any of these Bike Race sites, it’s worth reading the faculty reflection. 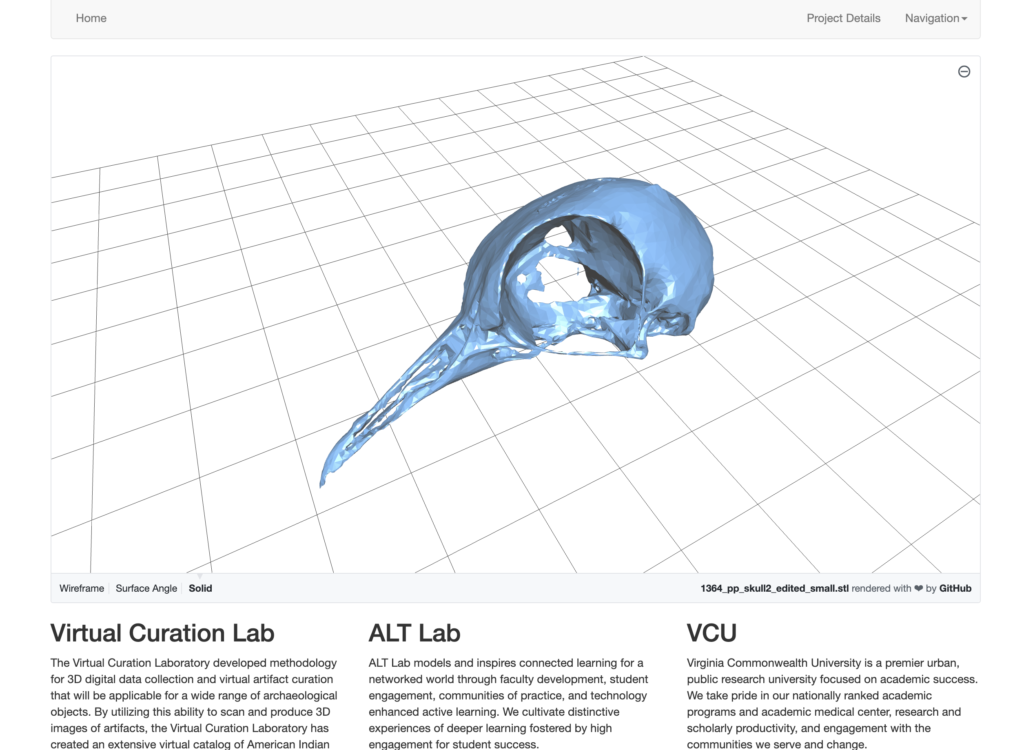 Another old one with Bernard Means. This was in celebration of the 100th anniversary of the extinction of the passenger pigeon. The bones are hosted in GitHub and I used the new-at-that-time ability for GitHub to embed interactive 3D objects. The site was hand code bootstrap and certainly looks the part. The reason for the odd URL was that we had a separate server on Media Temple because the WordPress server kept crashing and there was a rush to get this done for the anniversary date and I needed somewhere solid to put it. I still like the augmenting.me domain.

We eventually gave Bernard our 3D printers to expand what he already had. He’s done amazing work with students and 3D printing. 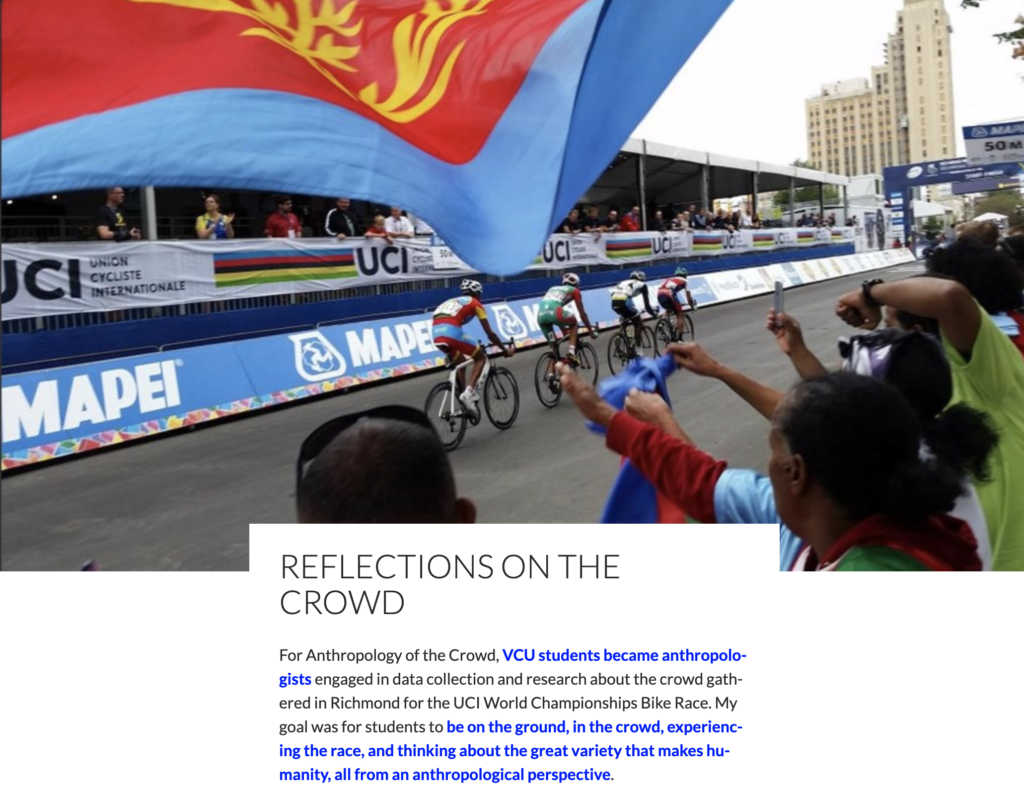 Anthropology of the Crowd

Another VCU Bike Race site and this time with Amy Verrelli. Nothing special technically but a solid site and great work by a faculty member. Amy later invited me to a bug-eating party/March Mammal Madness which I attended. I brought home some extra mealworm cupcakes.

1 Nothing compares to teaching 6th grade alternative school with no experience though. Nothing.

2 Big A, little a. What begins with A? Aunt Annies Alligator A A A. Given my youngest child is now 10, can you tell I read that Dr Suess book more than a few times?

3 Which will likely necessitate its own separate post if my blogging stamina holds out. 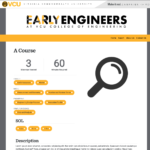 Greetings dear reader. I write to you again out of the desperate hope that writing this cements things I’ve learned better in my own head and maybe gives a person out there something that saves them some time or suffering or maybe just provides a kernel of an idea that they can improve on. That’s pretty much the blogging philosophy that’s kept me erratically writing for the last 130 years.14 or 15 years you say? Well. Time is an illusion and I’m pretty sure it’s been at least 100. It’s strange that I have to look back at YouTube, my email, my calendar, and the other posts I’ve written to figure out what I’ve done over the last couple of weeks. It all blurs and fades so fast.Yet my emotional memory of 8 continuous hours of zoom meetings persists like a festering wound. In any case, on with the show . . . FotoFika Continues The goal here was to let very busy reviewers review individual student artist cards. We already had the reviewer names. We were assigning certain people certain students. Why not make that all a direct link? It turns out you can use the normal Google iframe embed code and the pre-populate form fields together. You end up with something like this example. I made a little […] 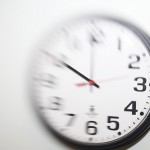 I’ve been slowly migrating all of our individual WP installs into WPMU over the last few days. It’s going to really make life a lot easier around here while adding some real advantages. You’ve seen Jim showing a million reasons to use WPMU in the college environment and while most (maybe all) can be transferred over to K12 there are some advantages to using WPMU in K12 that are worth looking at a little more directly. Flexibility – WordPress can handle just about any web need I have in a school setting. I can of course use it to blog but it can just as easily be the backbone for my school’s website and act more like a CMS. And imagine a school website that was both current and easy for multiple users to updated without expensive software. The ability to quickly and easily change themes is attractive to users but it is also a key component in creating engaging web experiences for students. BlackBoard and other CMS options tend to pretend to give you control over how your particular page or site looks but real customization is not an option at the user level and it makes a difference. Being able to control all the aspects of the Richard III page made things far more professional and interesting to […]