I’ve continued to play around with using Vue and WordPress’s API. The Vue stuff is entirely new to me but it’s pushing my javascript knowledge.

The main reason I’m excited about the WordPress/Vue (or whatever framework) combinations is simply speed. If you have any doubts give the pagination at the bottom of this demo site a shot. Crazy fast . . . and running stock on shared hosting. No caching plugins etc. The site is running the Vuetiful WordPress theme which has been an interesting thing to look at and see how it all works. Github is such a good thing.

Below or linked here is the WP JSON/Vue pagination I eventually got working. It’s forked from this demo by Brian Krosgard.1

Even with that large head start, a few things hung me up.

First, the navigation of the JSON elements is a bit tricky if you’re not used to it.

You’ll want to use the _embed parameter2 to get access to the featured image data. That’s an option I didn’t know about previously.
https://anth101.com/wp-json/wp/v2/posts?_embed&per_page=24&page=1 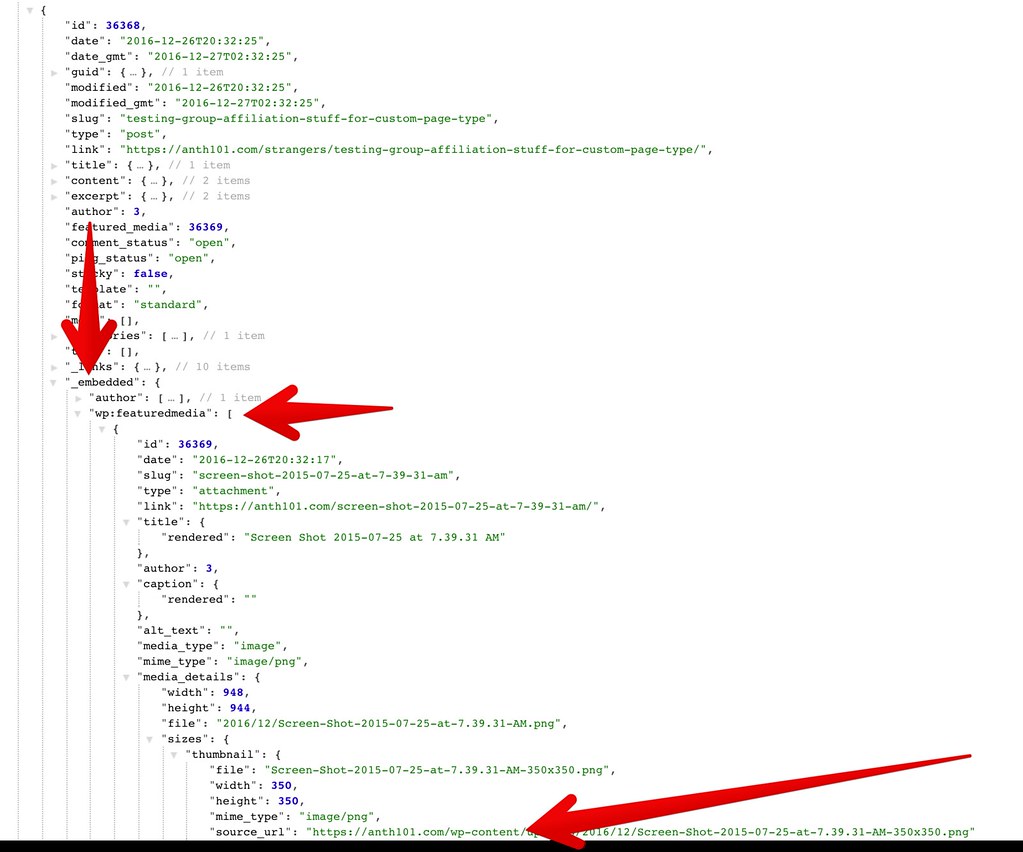 The part you need to pay attention to is the square brackets and the number following it. Notice there is no period between _embedded and [‘wp:featuredmedia’]. You might also want to look at the image of the JSON feed above and you’ll see the square bracket indicating an array of objects. That’s what we’re navigating into. These more complex nested JSON structures were a complete mystery to me starting off but I’m sort of getting the hang of it now.

Secondly, missing JSON objects arrays are not your friend. For instance, if you ask for a thumbnail and there is no thumbnail image then things break when it returns an invalid response. There are a variety of ways to check for them but I was confused about how to do it properly in Vue. Turns out you want a method. Which is basically, maybe entirely, a function. My thumbnail-image-checker ended up looking like this.

It checks three elements sequentially. Initially I had only the first and third but ran into a scenario where some posts have featured images but they were too small to generate additional sizes and so I’d get an undefined error. Hat tip to Joel Eisner for getting me started down this road.

The WordPress API makes pagination pretty easy. You can determine how many posts are on a page and what page you’re on via the URL.3
https://anth101.com/wp-json/wp/v2/posts?_embed&per_page=24&page=1

So to get at page navigation I just have to change the number at the end of the URL.4

It wasn’t too different than what was going on in the original demo I forked this from.

I did that by adding a data element creatively named ‘currentPage’ and setting it to equal 1 initially.

Incrementing the page variable up and down turned out to be pretty easy. The v-on:click elements below take care of that for us.

One element that I wanted was a loading icon for while the data was being fetched. Turns out that wasn’t too bad either. I used the Font Awesome spinner which was a nice little trick.

The next goal was to set the spinner to show if the data element posts was not returning a value. That worked out of the box with the first load but failed on subsequent loads because posts had a value. Turns out I could just staple a function to my pagination buttons to set posts to null prior to fetching the new data and we were in business.

Clearly it’s very ugly still but it’s a pretty decent functional example and I continue to bang away at it during random nights.

1 It’s hard to tell I forked it though. I’m puzzled by all that.

2 I don’t really know the word for a variable expressed in a URL. That sounds about right. You can see it just after the question mark and prior to the first ampersand. Feel free to ask a question about octothorpes.

3 Maybe that’s a URI. Maybe you call that an API endpoint. It’s probably all of those things. If you want certainty . . . this is the wrong blog to read. 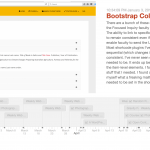 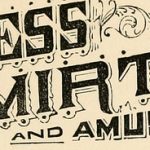 Image from page 148 of “The Phynodderree, and other legends of the Isle of Man” (1882) flickr photo by Internet Archive Book Images shared with no copyright restriction (Flickr Commons) I do really enjoy being able to make stuff. Even if it’s not perfect. It’s really just so much fun. Mark Luetke wrote a really nice pluginTWO YEARS AGO!!! That means I haven’t had any technology help in roughly two years. Man. for us when he was here that helped faculty setup mother blogs. It requires FeedWordPress (FWP) to be active to work. This morning I had a faculty member who set everything up correctly except for FWP. It’s happened a few other times so I figured I’d do something about it. I’d seen plugins that warn you if you don’t have a required plugin working so I went that route first. The code below was lifted straight from this stackoverflow response and set to look for FWP. It was decent and functional but I felt like I could make the notification better which led down a winding road. Modal Popup This code is straight from this codepen.Noting a theme here? And the little child_plugin_notice function got a bit larger. ID FWP Then I thought it’d be neat if I could scroll them down to FWP when they closed the […] 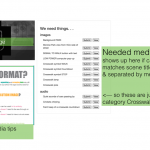