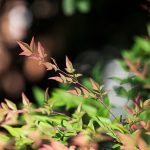 New MLB rookie hazing rules ban dressing as women, offensive costumes MLB vice president Paul Mifsud said Monday that the new rules resulted partly “in light of social media, which in our view sort of unfortunately publicized a lot of the dressing up of the players … those kind of things which in our view were insensitive and potentially offensive to a number of groups.” –social media is always letting people see stuff h/t Dan How to Read Sea and Spar Between Sea and Spar Between is a poetry generator which defines a space of language populated by a number of stanzas comparable to the number of fish in the sea, around 225 trillion. Each stanza is indicated by two coordinates, as with latitude and longitude. They range from 0 : 0 to 14992383 : 14992383. To operate the system, you may ChronodeVFD: A Cyberpunk Wristwatch | johngineer The ChronodeVFD is a personal project I’ve been working on for a couple of months. It’s a wristwatch built around the IVL2-7/5 VFD display tube. I originally purchased a few of these tubes to build a standard desk clock, but after playing around with them, I realized I could probably build a wristwatch too. The tube has a number of features which make it more suited than most Soviet-surplus VFDs for this […]