Basant ???? on Twitter: “The bridge was built to last. Then the river changed course. https://t.co/zYSVEpBWzQ” / TwitterThere’s a message in here somewhere. China’s Artificial Intelligence Surveillance State Goes Global – The AtlanticThe nanny apps work in tandem with the police, who spot-check phones at checkpoints, scrolling through recent calls and texts. Even an innocent digital association—being in a group text with a recent mosque attendee, for instance—could result in detention. Staying off social media altogether is no solution, because digital inactivity itself can raise suspicions. The police are required to note when Uighurs deviate from any of their normal behavior patterns. Their database wants to know if Uighurs start leaving their home through the back door instead of the front. It wants to know if they spend less time talking to neighbors than they used to. Electricity use is monitored by an algorithm for unusual use, which could indicate an unregistered resident. What the SAT’s Adversity Score Means for Its Racist Past – The Atlantic The original Scholastic Aptitude Test was invented in 1926 by Carl Brigham, a Princeton alumnus and avowed eugenicist who created the test to uphold a racial caste system. He advanced this theory of standardized testing as a means of upholding racial purity in his book A Study of American Intelligence. Conversation Piece – Futility […]

Theft: A History of Music Competitive Eating Was Even More Disgusting in the 17th Century | Atlas Obscura Among the suggested meals to give the “most exorbitant paunchmonger” were a wheelbarrow full of tripe, as many puddings as would stretch across the Thames, and an entire fat calf or sheep. 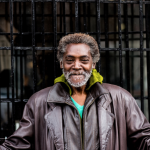