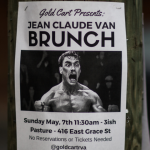 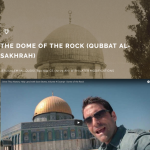 Since I’ve been falling off on my weekly photo posts, I figure I’ll start a weekly work series. While that doesn’t seem to make sense . . . it does. I am really bad about keeping track of the good things, the progress, the little bits that add up. I am very good at looking at large, looming disasters. I’m hoping that documenting progress will help convince me that I am making progress, that I am doing small things to help people do a bit more. VCU Qatar – Online Art History/Museology Courses This is part of three online courses being created to help teach art history and two other arts/museology related courses for VCU Qatar. My role in this is more of a consultant (web design is being done externally by CHIPS NYCWho do seem pretty awesome. Their work is really nice and I love thinking about this move from a FileMaker Pro/AppleScript solution into WordPress.) but I’ve built a few things to help get us past (or into) some sticking points. I used one of the HTML5up templates to make this super quick example. I’m not thrilled to have a white guy doing the video but it was the highest production value I found after a quick search (that might be shaped by having to use English). The […]

The “Jennifer Aniston neuron” is the foundation of compelling new memory research — Quartz “We have a relatively limited memory capacity and that much of our perception of our memory is in fact an illusion.” ” Looking for the areas of the brain that cause epileptic seizures, Quiroga discovered that one subject had a neuron that steadily fired whenever she was shown a photo of Jennifer Aniston. It didn’t fire for other celebrities, but seemed linked to the concept of Jennifer Aniston. Another subject had a Halle Berry neuron, and another had one that fired in response to Bill Clinton.” The Suit That Couldn’t Be Copied – The New Yorker Among the interesting things about Savile Row is that the people who work there have complete confidence that what they do is genuinely different and better than what other people can do. They appear to invite scrutiny, arguing that when their work is examined, it will be found admirable. Not only did Taub say yes; he also offered to give me a garment, so that it could be taken apart and so that the tailor who was trying to reproduce it would have the best possible information. His reasoning was that something made by Gieves & Hawkes could be taken apart but not put back together again in as lovely […]