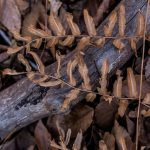 This band used Facebook Live’s lag to loop their song / Boing Boing We rearranged each instrument on “Bear Claws” to fit Facebook Live’s delay, with each loop getting more complex, adding instruments, rhythms, and melodies. Additionally, by projecting the video live from a soundstage we created an infinite tunnel consisting of all the previously recorded loops. Is the Wolf a Real American Hero? – The New York Times This story — that wolves fixed a broken Yellowstone by killing and frightening elk — is one of ecology’s most famous. It’s the classic example of what’s called a “trophic cascade,” and has appeared in textbooks, on National Geographic centerfolds and in this newspaper. Americans may know this story better than any other from ecology, and its grip on our imagination is one of the field’s proudest contributions to wildlife conservation. But there is a problem with the story: It’s not true. Hundreds of White House emails sent to third Kushner family account – POLITICO some security measures were taken when it was installed BBC – Future – The deadly germ warfare island abandoned by the Soviets A year later, the corpses of two missing fishermen were found nearby, drifting in their boat. It’s thought that they had caught the plague. Not long afterwards, locals started landing whole nets of dead […]

LOOK: Temple puts Twitter handles of players on football jerseys for spring game – CBSSports.com —I’m still finding it hard to believe this is real Instead of last names on the back of jerseys, the school put the Twitter user names of its players ahead of Saturday’s game. Experience: I was swallowed by a hippo | Life and style | The Guardian time passes very slowly when you’re in a hippo’s mouth. For years, Facebook has been secretly deleting Zuck’s messages from his correspondents’ inboxes / Boing Boing Facebook confirmed that starting in 2014, Facebook began covertly deleting the personal messages Zuckerberg had sent to Facebook users, allegedly in response to the hacking of Sony Pictures. Within hours of Techcrunch’s story, Facebook announced that it would extend this feature to other Facebook users. Even as Facebook was ensuring that its CEO could sanitize his public records, it was deceiving its users by claiming that when they deleted the private videos they’d uploaded, the videos would disappear — instead, Facebook permanently retained these videos. Some datasets for teaching data science · Simply Statistics This dataset includes gun murder data for US states in 2012. I use this dataset to introduce the basics of R program. The Eviction Lab The Eviction Lab at Princeton University has built the first nationwide database of […]