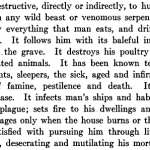 This certainly won’t be a daily thing but I figured I’d keep rolling while I had some momentum. Scumbag Congress This was a meme created by one of Henrico County’s high school students for an English assignment with the ever awesome Mrs. Berry. Writing Prompts Also left behind were a bucket of live crabs, a pantomime horse, a winning EuroMillions ticket, a £50,000 Rolex watch, and a set of four Power Rangers costumes. A pilot’s training manual, a spare car wheel, the keys to a Bugatti, and a stamp album worth £250,000 were also uncovered, as were a Persian Chinchilla kitten, a food processor, a set of false teeth, a collection of 200 masks depicting the Queen, and a diamond encrusted iPhone. All were items left in UK hotel rooms. I’d challenge students with some of the odder selections and ask them to describe the character and write the scenario that led up to leaving that particular item behind. Various games could be played by limiting words, switching character descriptions between students prior to writing the scenario etc. Via The Telegraph by way of Neatorama Money Laundering It turned out the detergent wasn’t ­being used as an ingredient in some new recipe for getting high, but instead to buy drugs themselves. Tide bottles have become ad hoc street currency, with […] 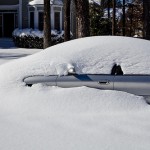