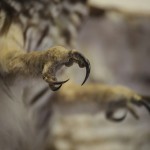 Nothing To Do With Arbroath: Crematorium fire caused by 500-pound body “A fire that damaged the roof at Southside Cremation Services Henrico, Virginia, was likely caused by a “rather large body,” according to fire investigators. The fire started when the furnace used to cremate the 500-pound body got too hot, Henrico Fire spokesman Capt. Daniel Rosenbaum said. “ tags: henrico fire physics cremation weekly wcydwt more than 95 theses – If this particular book is not giving me pleasure… “Of course, once you have abandoned a book after more than six hundred pages, abandoning one after fifty seems trivial. But for me that wasn’t a bad thing. I needed to overcome the sense of duty that had marched me through so many books before the ultimately liberating, if at the time miserable, experience of The Recognitions; and I needed to learn, as I eventually did, that if I set a book aside today I am not thereby forbidding myself to return to it later — nor am I promising to do so.” tags: reading commitment weekly The Seven-Year Glitch – WSJ “If a human year really were equivalent to seven dog years, then people would reach reproductive age by seven, and some would live past 150. ” “If a human year really were equivalent to seven dog years, then people […]