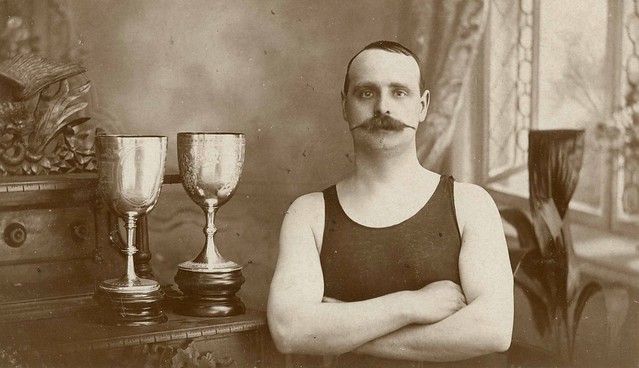 WordPress 4.7 came out. It does some good things and internalizes the JSON API stuff.

Upgrades went well on most of our installs. We did have some issues though. Feed WordPress didn’t/doesn’t play nicely with 4.7 and the fix has some repercussions with other things we use.

The ALT Lab site also broke for a bit and I had to do a fresh install. Not a big deal but ate up some time.

The anth101 site also stalled out for a bit because of a conflict with another plugin.

Luckily, the latter two issues were restricted the admin aspects and viewers wouldn’t have been impacted.

I had one blog on rampages that wouldn’t load the customizer. Everything else about it worked fine.

Tim Owens from Reclaim Hosting ended up helping me out as it’s fairly strange issue where the customizer won’t load if there are no widgets in it.

It did lead to the following list of error variables that I tend to test against. With a bit of work, it might be a useful list. I’ll have to think through what order makes the most sense in terms of likelihood of solving the issue.

I wanted to try using Vue with the WordPress API endpoint.

Vue has a JSON fetching example so it wasn’t too hard. The structure is a bit different from Angular (v1 anyway) which is the last JS library like this that I’ve used in a similar way.

The raw html display hung me up for a minute or two but was easy to deal with once I actually read the documentation.

I also threw in a hover animation library that’s pretty slick. I intend to use this more in the future.

I’m working on a new theme based off of Understrap and using both Gulp and SASS. I’ve started to try both Gulp and SASS a few times before but a combination of short deadlines and knowing exactly how I’d do it if I wasn’t doing this stupid-freaking-new-garbage thing resulted in abandonment.

I am up and running1 this time. Certainly not fully using SASS to its potential but I’m headed to better days and faster stuff. Gulp is also going to be very useful and will increase speed in a number of ways.

I’ve used different plugins to allow favoriting of posts but that was mainly to add value to the posts/post authors- kind of a rating system. This request was to allow authors on a multi-author blog to favorite other users’ posts to create a favorites page for their reference.

I considered doing this from scratch as I am getting arrogant these days and think I can program. But, in partial control of my hubris, I opted to look around first and found Favorites. It does exactly what I need and has a nice solid set of readily visible functions.

I’m mainly playing guide/translator/project manager. I mainly restate what the faculty say and then restate what the web developer says. I try to use lots of metaphors (a la carte was a popular one).

I’d much rather build things but it’s a necessary role at times and given our low staffing at the moment I can’t really take on another large project (even if I’d like to).

1 Staggering may be a better term but moving forward anyway.

Ten Theses In Support of Teaching and Against Learning Outcomes | Jeff Noonan: Interventions and Evocations Lots of good stuff in here. “awakening in students a desire to think by revealing to them the questionability of things” h/t Amy Collier On extraordinariness — Code for America Blog — Medium I’m not a fan of the way this glorifies things but . . . “Admiration and gratitude for a public servant who has achieved the impossible. Made things work in spite of the rules, not because of them. Broken dozens of protocols, risked his job. “He made it work. He’s the only guy who can run it. He knows it wouldn’t work without him so he’s deferred his retirement. I mean…he’s extraordinary.” Meet Moxie Marlinspike, the Anarchist Bringing Encryption to All of Us | WIRED that yes, people will use encryption to do illegal things. And that may just be the whole point. “I actually think that law enforcement should be difficult,” Marlinspike says, looking calmly out at the crowd. “And I think it should actually be possible to break the law.”

Episodes – Do Not Track Young Adolescents as Likely to Die From Suicide as From Traffic Accidents – The New York Times It is now just as likely for middle school students to die from suicide as from traffic accidents. That grim fact was published on Thursday by the Centers for Disease Control and Prevention. They found that in 2014, the most recent year for which data is available, the suicide rate for children ages 10 to 14 had caught up to their death rate for traffic accidents. ————— The immediate lunge into blaming social media seems like it needs more factual/research support. Spanish parents urged to put children on weekend homework strike | World news | The Guardian Parents in Spain are being urged to go on a weekend homework strike this month in protest against the “unacceptable” amount of after-school tasks their children are given. The homework load of Spanish children has long been a sore point with some parents, who argue that the burden is too great, places too much pressure on pupils and eats into family time. According to a 2012 study by the Organisation for Economic Co-operation and Development, Spanish 15-year-olds have 6.5 hours of homework a week compared with an average of 4.9 across the 38 OECD countries. Nothing To Do With Arbroath: Mystery […]

Infinite Jukebox for Make It Funky by John Lee Hooker fun tool h/t John Freyer WordPress Without Shame Ultimately, as a director, I am obligated to consider all the technologies that can help our client achieve our goals—including the old, boring ones. Enter WordPress. Monday Night Raw To Host Presidential Tables, Ladders, and Chairs Match —ouch. The school also plans to host various social media workshops focused on teaching people how to effectively communicate via social media. These seminars will cover subjects like, do’s and don’ts of Facebook (with an emphasis on posting “like a mom”), what all the five primary social media outlets are and how to tell the difference between them, and why no one likes rampages.