Home > Reflections > Yet Another Reason Your Filter is Useless (or neat trick to post to jaiku, wordpress or twitter)

Yet Another Reason Your Filter is Useless (or neat trick to post to jaiku, wordpress or twitter) 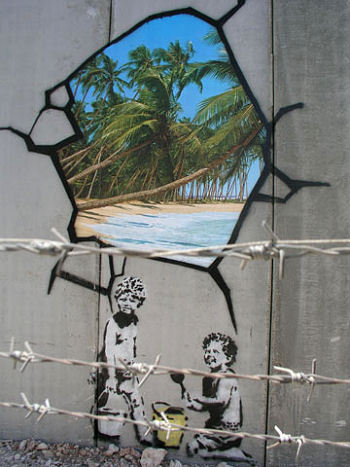 The first part of this post is actually useful. The second part is just me venting about the wrong application of time and energy that is, all too often, school filtering.

So I started using Jaiku (like Twitter but with the ability to aggregate all your feeds and a few other neat tricks).

Jaiku was blocked pretty quickly at school as a personal/dating site for some reason. I’ve stopped trying to guess the rationale behind certain things.

I’ve been using Jott. This free service that allows me to call a number, say who I want to send the message to, dictate and that person (mostly myself) gets a text email of what I said and a link to the audio file as well. I highly recommend it.)

Driving to work listening to net@night about egorcast which allows me to use Jott to post text to jaiku, twitter and wordpress– all with a simple phone call.

So now I can post to a blocked site without even typing. Now if I could touch text with my phone imagine the fun I could have.

This is the kind of flexible communication that schools are trying to stop. It has always been a losing battle but more so as phones and free services take it to the next level.

I’ve heard way too many conversations lately that say something like “It allows unmoderated student communication and we’ve got to block it.” This thought process really scares and depresses me. It is both a waste of time and a great way to garner student contempt both for the rules and for those flailing around trying vainly to enforce them. This makes students far more likely to disregard relevant Internet safety advice and it pushes them towards using phones, home computers etc. where there is no filtering. On the teacher/parent side, heavy filtering tends to lead to a false sense of security, less training for students, less discussion and responsibility being shifted from students to software.

You can’t wall of the Internet, no matter the filter. You can’t stop kids from bringing and using cell phones in school. At some point it really has to be up to them. Have we prepared them to make those choices? 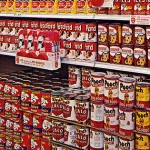 Imagine all your life you’ve only eaten cold dog food. Day in, day out, that’s what you’ve come to know and expect. One day, someone comes along and gives you some warm dog food. It is quite an improvement. Warm dog food seems great. The bar is low. Your expectations are low. Education gets served a lot of cold dog food and, occasionally, when we get some warm dog food it seems great because we’re comparing it to the poor quality products and services usually categorized as “educationalI think this is why whacky fonts and clipart are seen as such great options to improve crappy worksheets/ppts..” Think about educational videos, ppts, educational video games, the LMS etcI’m sure you can add some more.. The bar is set amazingly low. When we see bad, but not bottom of the barrel, it seems decent. It is education after all. What can we expect? They did warm the dog food up for us. We need to start comparing our products to things people use and participate in when they are not coerced and when they feel they have options. Things involved with learning don’t have to be of poor quality. We see people learning and enjoying themselves in real life all the time. We know what good media is. We don’t have to […] 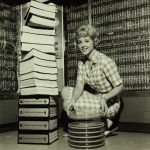 Many Paths in Programming

flickr photo shared by San Diego Air & Space Museum Archives with no copyright restriction (Flickr Commons) Minor Thoughts on Computational Thinking Probably obvious stuff but I’m trying to jot things down for my own reference. The first thing one ought to know about computational thinking/programming is that there are many correct paths (although some are betterBetter can be very relative . . . than others). This is true for just about anything but I think people think technology will be much more . . . binary. Searching for cleaner paths can be kind of fun. Computational thinking is powered by vocabulary. Vocabulary, like in language, is closely tied to concepts (maybe analogies). Having never heard of the range function, it didn’t occur to me that it existed . . . let alone that I should use it. To make it work properly I need grammar but just knowing the word exists and means something starts to change things for me. It brings to mind setting up programming challenges much more like Dan Meyer’s 3 Act math lessons . . . with the scenario really begging for the addition of a particular concept but letting students struggle with it rather than providing it ahead of time. A Path This is a little bit of real-life progression which demonstrates how one […]

The Power of Time Perspective

I’m not a fan of the presentation style but what Phil Zimbardo is saying is interesting and relevant to what we do in teaching and education. I’d start about the 1:40 mark- so that’s only 5 minutes of invested time if you watch it. —-My summary—- People end up biased in their perceptions and break down into the following categories with two main options in each category. Past Oriented (positive/negative) – looking backwards and basing decisions off that Present Oriented (hedonistic/fatalist) – focus on the now Future Oriented (goals/transcendentallife begins after death)- cost benefit analysis, anticipated consequences So the goal is to be able to shift perspective depending on the situation. Optimum profile is high on past positive, moderately high on future, moderate on present hedonism and always low on pass negative and present fatalism. Past positive – gives you roots, identity Future – wings to new destinations and challenges Present hedonistic – energy for exploration Any time perspective in excess ends up being bad news. If this interests you at all there’s a much longer and more detailed PDF available on Zimbardo’s horrific flash site. It’s under Publications>Downloads (which I’d link to directly if the page wasn’t in flash). —-Application—- So there’s the obvious application to students and teaching them to use different time perspectives. I’d also like to […]