When working with Google Forms, there are two elements- the sheet (where the responses go) and the form.

It’s not obvious how you might allow another user to copy both a form and a sheet in Google.

So . . . assuming you set the document so that anyone can see it (or share it directly with whomever) . . . 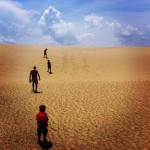 Podcast: the only way to get evidence-based policy is to embrace ambiguity in science / Boing Boing “The reality is that, in the world of science and research, the “truth” is messy, and evolving. There’s this moment in an interview that every researcher dreads: “Yes, Dr Knowitall, but are you certain?” But researchers say to me: “The problem is Tracey, people with no scientific discipline can say what they like. They can say we need more prisons to reduce crime, the HPV vaccine is causing chronic fatigue or the climate has warmed by more or less than it has. And in response what do we have? Caveats, probabilities and error bars!” So we keep the messy bits to ourselves. We flatten out uncertainties because we’re afraid that scientific uncertainty will be used against us. Co-opted by extremists. Used as fodder for headlines. Or we stay silent while others do. Because in reality researchers work always with uncertainty. It’s the nature of the beast.” tags: weekly truth lies reality Beware of easy work — Medium tags: weekly philosophy art tweet Peeple | Character is Destiny “Looking at everyone in the three ways you could possibly know someone – personally, professionally and romantically – you can provide a rating and review on everyone you come in contact with, while allowing yourself to […] 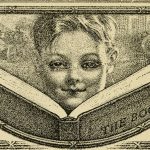 I often end up confused about some of the Google Script stuff so I’m putting this out there in case it helps others. The following script does a few things that you might want to do all based around a Google Form submission. It creates a folder, adds editors to the folder, puts the folder in another folder, and then copies a spreadsheet to the folder while adding some data in a few cells.