This is my first time at the virtual school symposium. So far it’s very similar to NECC or any of the other edtech conferences I’ve been to. The format is very traditional. It is vendor heavy. Wireless sucks. They don’t take nearly the advantage they should of the Internet. If conferences want to survive they’ll also figure out some really useful things to do that can only be done by having this many people in the same physical space.

I know that sounds pretty negative. I’d say it’s accurate. If any of the conferences want to share their profit margins on these things maybe I’d feel more magnanimous.

Just because something rhymes does not mean you have to retweet it as gospel. I know there’s research that shows that rhyming has something to do with people’s perception of veracity but still.

Many people have not read Disrupting Class (or maybe I don’t understand the book) but they insist on quoting it. One of the major points of the book was that the disruptive innovation occurs in a place where there is no competition. The product is also usually inferior to the product in the main space (Apple PC as toy vs IBM mainframes). That’s certainly not how people are using it. I’m not really buying chunks of that book anyway but it seems we ought to be able to use the term in the same context.

One of the vendors was giving out the book2 Waiting for Superman as a gift people could win. I asked the vendor if they’d seen the movie. As she ran away, she said it was great and may have missed my comment about corporate propaganda.

One thing, I have seen is that the parallels between online ed and tech integration are more similar than I’d like. Both groups seem to continuously conflate3 pedagogical concepts with tools that might enable them. Both groups have a dearth of good examples available to the public and yet that’s one of the strongest needs I’ve seen. The vendor is also playing a major role in presenting at these conferences in ways that are subtle and overt. People seem to be waiting for one-size-fits-all solutions that they can buy.

The most unfortunate parallel is a tendency to throw the baby out with the bath water. One of the oft tweeted phrases was something like “Let’s focus on next practices, instead of best practices.” That pains me and seems to indicate continued confusion about what is a tool and what is a proven learning strategy that will work just fine online.

1 Session summaries and day #2 will be saved for the plane ride back.

2 Who knew there was also a highly biased book? 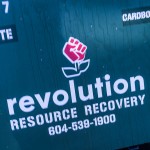 Vicki from Cool Cat Teacher mentioned something I hadn’t thought about before regarding del.icio.us networks. Wouldn’t it be useful to be able to create a rss feed based on your network and keyword(s). I know I can get a direct feed from my network but I’d like to be able to sort things based on keyword. I could then do some really interesting collaborative work in web sites without having to manually add anything (I know I’m that lazy). Maybe this is possible now and I’m missing something simple. I’ve looked in the Network view and didn’t see it. Manually adding keywords above like http://del.icio.us/network/bionicteacher/history doesn’t work (although the page refreshes to taunt you into thinking it does work so you get all excited late at night). I tried the link roll option and isn’t built in. I then tried to force it by manually editing the script and failed there as well (that could be through sheer ignorance though). Finally, the other place it would fit perfectly is in subscriptions. Since you can subscribe to tags by user here it seemed like I might be able to put in history as the tag and network/bionicteacher as the user and get only history tagged items from my network. This didn’t work either. So I’m stumped. Can anyone enlighten me? I’ve […] 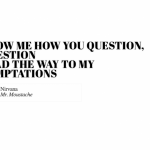 Long, long ago Kin and I did the API Nirvana presentation at Open Ed 2016. The following images are screenshots of the presentation embedded above. I described the construction in reveal.js here. There’s a good chance the images below link to the right slides in the presentation. I need to think through how this particular workflow might work better as it seems wasteful to take screenshots this way . . . maybe I need a function that meshes div ids and reveal slides so I can have embedded notes for blogs posts like this . . . maybe some way to do this better with the built in speaker notes function . . . Slide one is a visual mashup of Kin’s logo and Nirvana’s smiley face font/color. I find the API path one of temptation. It leads me to question many things and I struggle with what I should be spending the time to tweak, to massively modify, to try to make perfect for me. It is a battle but a better one than tolerating whatever I’m given with no recourse. API tools allow me entirely new levels of IFTTT types of flow– and a flow where I’m dictating far more of the process without the need for a 3rd party intermediary. There’s lots of power there and lots […]