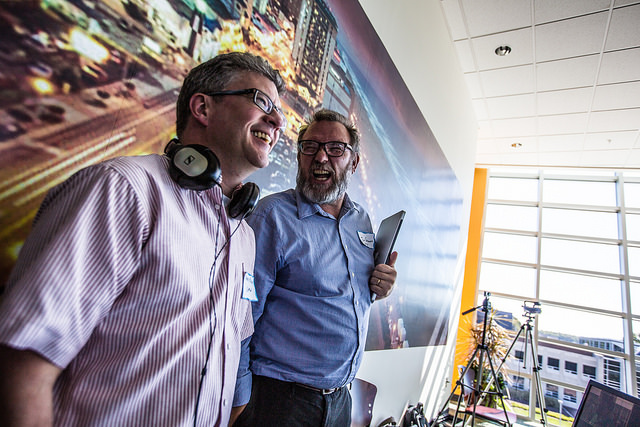 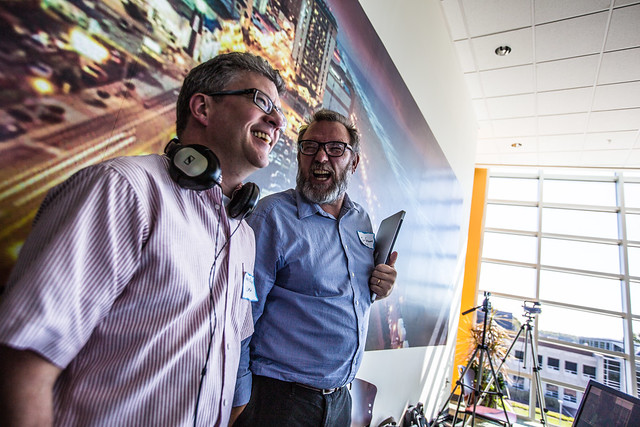 I spoke briefly, and almost certainly disjointedly, at the Open VA meeting yesterday. The focus of the panel was “open pedagogy/curriculum” and the whole day was focused on open education concepts. My topic was simply labeled MOOC. As the day progressed I tried to get a sense of the audience and figure out what would I should say to them. I would not say I succeeded. Here’s an attempt at better articulating what I should have said regardless of the audience.

In the beginning there was WordPress

I spent a lot of time with WordPress and it provided opportunities that changed how I thought about all kinds of things. My first WordPress blog was on an early incarnation of WPMU that was hosted by James Farmer (later of Edublogs) on wpmu.incsub.org.2 This led to a later decision to purchase my own hosting and do a rogue WordPress install for the middle school where I worked.3 That site, byrdmiddle.org (now also sadly defunct), allowed me to do all sorts of good things and, eventually, helped get WordPress up and running in Henrico County.

Then because of reflecting openly about what we were doing with WordPress and through the magic of trackbacks, I connected with Jim Groom. The excerpt below is, I believe, our first interaction.4 It’s also worth looking in the comments to see how reciprocal the relationship was from the beginning. There was none of that power hierarchy garbage- no mentor, no mentee, no one “studied under” anyone – just two people sharing interesting things on the Internet.

The other issues were usability, a space for discussion, an easy way to browse the different poems, and a mechanism whereby students could submit there own readings of poems to the site easily. This was beginning to sound a lot more like a social site than a blog and I started to feel WordPress slipping away from me, and I was scared

Luckily I read numerous edubloggers often, and this post on Bionic Teaching featuring some excellent WordPress tutorials also linked out to this project which helped me imagine how we might approach the Eighteenth-Century Audio site. Never underestimate the power of a distributed network and special thanks go to Tom Woodward for sharing his very cool work. Tom talks about the elements used to create the Byrd Book project in this video tutorial, and I’ll briefly detail a similar process I used in WPMu below.

I’ve kept up that communication with Jim, occasionally face-to-face, but mostly online and it’s led to all sorts of good work and good people- including getting to be a part of #DS106 in the early days which shaped a number of elements of the #thoughtvectors course.

Another major outside and open force that has influenced me/#thoughtvectors is Alan Levine. I think I’d been following him for a good while prior to 2009 but the first comment I found from Alan was in June of that year. Once again, this has been a long term online back and forth that has shaped what I think in a variety of ways. We’ve also met a few times face-to-face but it’s mainly the magic of the Internet (and #ds106) that’s kept that connection going. I had a great time working with Alan on the construction of the #thoughtvectors site and he was able to attend some of the planning sessions virtually and in person. Alan also brought in the tag aggregator for Twitter that Martin Hawksey created and made open and available.

The whole concept of mother blogs, aggregation buses, and eduglu5 syndication that was the foundation of the #thoughtvectors course are the products of lots of people working in the open over a long period of time. I’d try to list everyone off the top of my head but I know I’d miss people and I’d feel bad about that and each one of these people was influenced by others. The point being, there is history and time and effort here. There are whole communities. I don’t see it as standing on the shoulders of giants really6, maybe more like “it takes a village” or “choose your friends wisely.”

Then there is the course itself.

In addition to being built on open software, you can see the open construction of the pedagogy and content of the course in the reflections of the instructors as it was being built. Just building a course with six instructors is a challenge, to build something like this that tries to both live within the standardized curriculum while simultaneously challenging major elements of it and to document that work in the open was another level of magnitude.

The assignments themselves were focused on creating elements of choice (essentially openness) for the students. They were publishing in the open and in connected ways. People outside the course were interacting with students in significant ways. The course was better for being open and connected in so many ways. One way that was useful to me is that I was able to find and save choice quotes to use in future conversations about open and connected courses.

The course also ended up creating open content for other people or courses to use. The interviews Gardner was able to arrange with people like Ted Nelson and Alan Kay are out there and available. They become the OER material for another course. Courses could churn out interesting OER material. They could improve Wikipedia. All that energy and time is almost entirely wasted at the moment writing papers that punish both the writer and the instructor.

I struggled with the conversation at OpenVA. So often the idea of “open” simply meant the use of OER (occasionally just digital) material which I consider the lowest of all possible bars. One gentlemen, who happened to work for an etextbook company, let me know that all would be well because Bill Gates said we’d move to digital text in the next 3-5 years. I don’t think that gentleman realized how close I came to seppuku as a result of his comment.7 The conversations feel the same as it always has. Grading still sucks for everyone involved. FERPA is. Purchasing is a mess. Faculty don’t have enough time. Tenure. Copyright is a thing.

I just need to do things.

1 The term itself has deep roots in open and connected (mostly Canadian) practice.

2 Sadly, it has gone away and so did my original blog content although I have a few bits and pieces someplace.

3 Echoing what Jeff McClurken described doing in his presentation for the UMW history department.

4 It’s also a pretty amazing small world interaction as I’d just started working at the Univ. of Richmond and Jim came there (although briefly) not long after.

6 Giants are creepy and everyone I know is human sized no matter how big they might look from afar. It’s kind of like the “eat your own dog food” line. I get the intent and all that but I hate what it actually says. People aren’t giants. Don’t eat dog food.

7 I was stopped, in part, because it was a really nice building and ritualistic disembowelment really needs to be done properly and my laptop was not sharp enough.

8 Edit: This isn’t meant to be anything against the people or the intent of the meeting. All of that is well meant and good. I’m glad it happened and I realize the need for it to happen for different people in different ways. This is a personal emotional response. I realize at this point I need a very different conversation in order to keep going.

One thought on “Angles on Open”