Home > Lost > How big is Azeroth?- Who says word problems can’t be interesting? 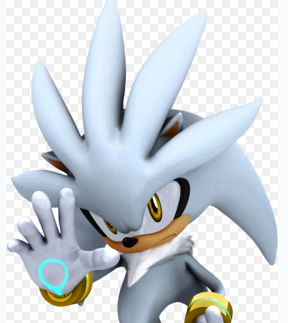 From Tobold’s MMORPG Blog: How big is Azeroth?

To measure a square mile, you first need to define what a mile is. As “a mile” doesn’t even have the same length on different places on our earth, that isn’t trivial. The basic definition of a mile is coming from Roman times, defining a mile a 1000 double steps of a marching legion. The soldiers had to walk through all of Europe anyway, so you just needed to count their steps and had the place all measured up with few extra effort. Clever guys, these Romans. But on Azeroth “steps” aren’t that easy to count, and the length of legs between the different races varies widely. But interestingly all races move at the same running speed, so it makes sense to define the mile by the time it takes to run it. On earth, a marathon runner has a running speed of about 12 miles per hour. As everybody on Azeroth is a hero, lets just define the Azerothian running speed as 12 mph as well. This effectively defines an Azerothian mile as “the distance you can run in 5 minutes”, without using any speed enhancing items of course.

So this guy took the time and expended the effort to do this. Why? Because it interested him. It’s a fairly difficult word problem that the majority of the world (probably this guy as well) would balk at solving IF it didn’t have the hook of being about something he cared about. People do all sorts of difficult and unpleasant tasks if they are interested in what they are doing.

It’s worth searching this kind of thing out or more reasonably structuring your class so your kids can use their passions to learn your content. It’d be fun to take the usual begining of school information and have them add what they really are interested in be it video games or whatever and then use that throughout the year.

You could do odd, but interesting, things to personalize the skills you want them to learn like-

I just threw these together but it could be a lot of fun and what would be more fun, and a lot easier for the teacher, is if the kids started writing their own to challenge one another. It could always be set as an extra credit assignment and then worked into the class when good things happened.

So I found this via lblanken on twitter that Obama is disappointing me further. I read these articles and they really beg for satire. So, I am forced to oblige. (italics and footnotes are mine, I removed some portions for brevity, everything else is from the original at this link) ____________________________________________________________ Original By LIBBY QUAID, AP Education Writer Libby Quaid, Ap Education Writer – Sun Sep 27, 3:29 pm ET WASHINGTON – Students beware: The summer vacation you just enjoyed could be sharply curtailed if President Barack Obama, KIPP, and standardized test makers get their way. Obama says American kids spend too little time in school, putting them at a disadvantage with other students around the globe. “Now, I know longer school days and school years are not wildly popular ideas,” the president said earlier this year. “Not with Malia and Sasha, not in my family, and probably not in yours. But the challenges of a new century demand more time in the classroom. After all what will better prepare you for a future we can’t predict than sitting silently in a room doing worksheets in preparation for multiple choice tests?” The president, who has a sixth-grader and a third-grader, wants schools to add time to classes, to stay open late and to let kids in on weekends so they […]