Just a quick note that our blog has been nominated for best group edublog 2007. We appreciate the recognition and your support of our project. A year ago, we set out to create a place where instructional technology theory met practical, creative ideas. Your frequent visits and thought-provoking comments are evidence that we have achieved some measure of success. Thanks for stopping by. 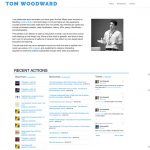 I know. The title is pure click-bait. That’s part of why this blog is so wildly popular.My most popular posts involve either scraping Instagram or a mouse drug game that I linked to several years ago. I’ve been building a new portfolio siteThe evisceration of one’s department will encourage a bit of attention there. and I think some of this is kind of interesting even if it sounds boring. There are a few different goals in play. One challenge is to create a site that stays up to date with minimal work on my end. It’s a parallel of the small-pieces-loosely-joined mentality. I want tiny-actions-over-time (from the aforementioned small pieces) rather than widely-spaced-herculean efforts. I’m also trying to make sure that it fits in well with my current workflow and that I’m capturing the work I do elsewhere in ways that make sense. Another focus is to keep any work highly portable. I’ve had to re-enter data a number of times as I’ve migrated and I don’t want to do that any more. That’s going to be made possible mainly through some new API options and by working on my API/JSON, JavaScript skills. I’ll probably have to do chunks of it over anyway but I like to pretend I wont. I’ve got a ways to go but I’ve made some […] 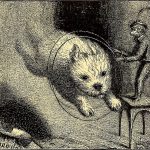 Tweets as Presentation: Reflecting on #pressedconf18

I took the opportunity to participate in the #PressedConf yesterday. Described as “. . . a twitter conference (#pressedconf18) looking into how WordPress is used in teaching, pedagogy and research.” it was a pretty impressive number of people and topics covered on Twitter in roughly 20 minute “Tweet storms.”Every term Twitter has spawned makes me shudder in revulsion. Presenting on Twitter was something new to me and I tried to think through some interesting ways to approach things. Given how limited Twitter was I tried to tackle complexity in a few different ways while taking advantage of the way Twitter treats different content integrations. The Post I ended up deciding to build out a WordPress post with various sections that were associated with a number of the Tweets I’d make. I used good ol’ anchor links in the Tweets to be able to link specifically to those sections without having to resort lots of little posts. For example – brings you to the Custom Composition section directly. Not very visual on the Twitter end and probably cheating in the scheme of things. The Videos I tried to tackle other complexity through videos. I made a number of new videos and took advantage of a few others I’d had to try to show more details. I kind of wonder if this […]