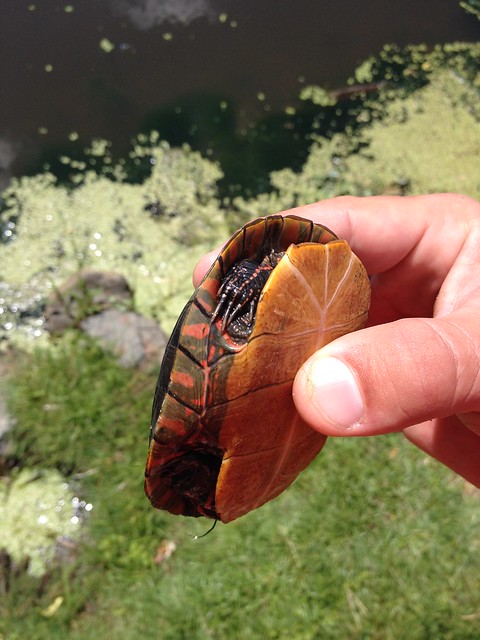 When I was in 4th or 5th grade we lived in Columbia, South Carolina not too far from one of those man-made subdivision lakes.1 Despite that, it had enough fish and reptiles to keep me very entertained. One of the memories that stuck in my mind from the couple of years we lived there was seeing, and eventually catching, baby turtles. I spent several hours lying on my stomach watching the turtles, inching forward, scaring them away, and then waiting again hoping they’d bob up somewhere within arms reach. If you’ve ever tried to spot a tiny turtle’s head in the midst of duckweed, green algae, and assorted pond flotsam (no jetsam)2 I felt pretty proud when I finally caught a few. I let them go and I washed my hands thoroughly when I got home.

This was the second year (non-consecutive) I remembered to do this with my kids. It’s one of those things that’s easy to forget but I love seeing my kids enjoying what I once did. Plus, it’s still fun for me as well. We end up looking a bit odd I’m sure as, once again, we’re using a subdivision pond not far from our house and we tend to go barefoot.

This year we caught two older and larger turtles. Both seemed to have heavy layers of algae growing on the shells3 which makes them pretty slippery. It’s also a surprise to grab a turtle like that for the first time because their first move is push hard with their legs against your hands. It’s one of those shock things, like a lizard biting you, that even when it doesn’t hurt you tend to react by dropping them. We lost one or two that way but got the hang of it pretty quickly.

No life lessons. No attempt to connect it to education. Just a pleasant time I wanted to document and officially letting you know it’s the right time of year (at least in VA) if you want to give it a shot alone or with kids. 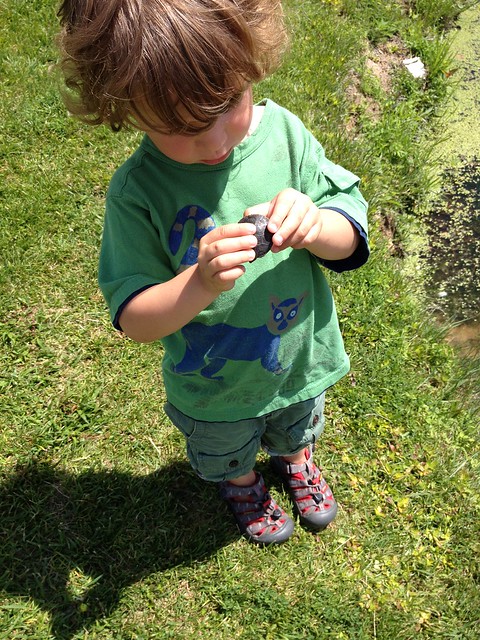 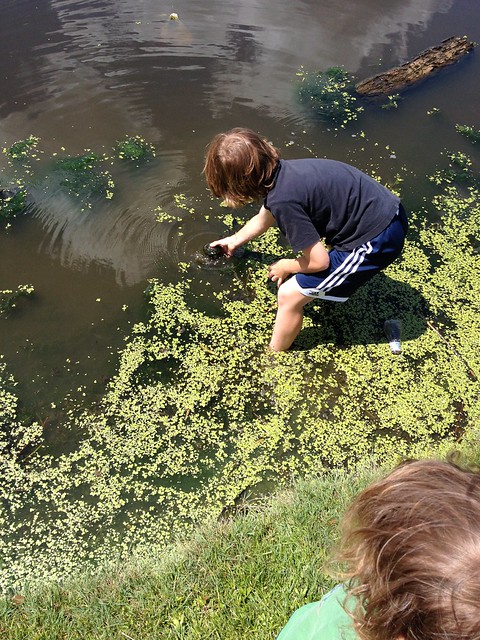 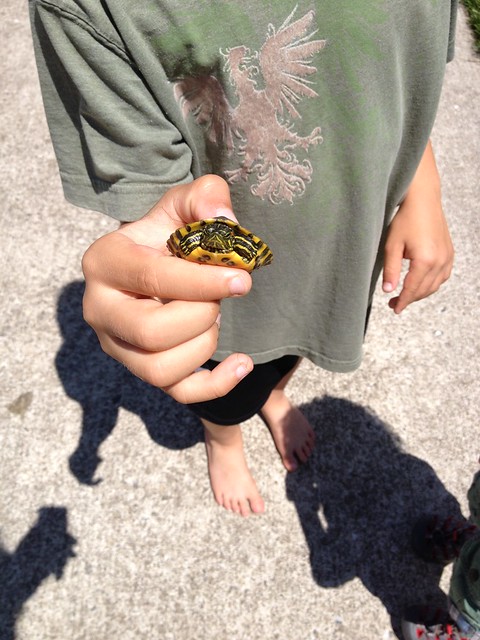 1 It still amazes me that I can just link that in.

2 I do not refer to the official nautical law meanings. Consider this poetic license. 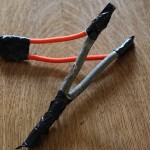 cc licensed flickr photo shared by bionicteaching My son decided to make a slingshot the other day. He disappeared for a while and showed up with this. He’s six. It’s not rocket science and it’s not perfect. That’s not the point. I love the spirit that drove him. He believes he can make things. He thought about the parts he’d need, what they should do and then he just did itThis can be a little annoying if you care about things that happen to become components but we’ve got those lines fairly well defined now. . I’d love for our classrooms to foster that kind of thinking and independence, that ability to make things you’re interested in. Now we’re going to use it and I’m going to see what changes when he makes on his next slingshot.

There are good reasons to use digital content. They don’t seem to come up that often in the articles and posts I’ve been reading lately. Below, with some degree of hyperbole, I mock them. I’m not saying these arguments ought to be negated in their entirety but there are certainly better reasons out there. Granted, they aren’t as easy to chant or fit into pithy catch phrases. Physical texts are out of date by the time they’re published! Mars is not a planet! The idea that we’re regularly having major revisions in the kind of knowledge published in k12 textbooks is crazy.I also don’t care if you get the last leg of President X’s term. If it’s recent, wouldn’t I be better off using the actual real news? I also have no faith that any textbook company would do a good job updating their books aside, possibly, from fixing typos or pretending they didn’t say slaves were happy fighting for the Confederates. As a matter of fact, I’d rather have a textbook with errors assuming the teacher knows what’s right and what’s wrong and can help students challenge things. Digital textbooks will be more engaging!/Kids love technology! We wouldn’t expect crappy a writer to suddenly become awesome because they switched from printing their books to using ePub. Traditional textbook authors […] 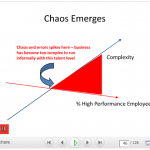 Why I cry at night

Those of you who are looking for upbeat lesson ideas should immediately go look at this If Hollywood taught science class link. Lots of fun things to think about with that one. Lots of applications in any subject and it requires students to think about what is really true in order to make fun of the Hollywood stuff. It’s like reverse psychology. Now stop. If you want to read why I cry at night continue below. _________________________________________________________________ Three fairly different “Internet objects”Not sure what else to collectively call a Slideshare presentation, a video and a blog post. You’ve got to love the Internet for making such a varied combination possible in one place. have come together to crystallize some ideas for meOh, and some Hydracodone for a recently root canaled tooth probably helped.. This Ted Talk on Motivation by Pink This book review mentioning the false gods of NCLB This Netflix Culture Presentation So all this stuff has come together over the last little while and it all gets at why teachers and students, especially in k12, are having such a dismal timeOr it at least explains my irritation with education.. Motivation Education is designed around grades for motivation when dealing with studentsand shame is another major player, according to this post which is really making way too much sense […]