As you may have seen here before VA passed a bill saying universities can’t have student email visible without written consent from the student. We had a legacy site that had student emails as part of the title structure for the posts.

The following function cleans up our two different email patterns so that the titles no longer include emails. It does this by tying a custom function to a WordPress filter.

The first thing we do is get the post type. In this case we just want a custom post type we named profile. $type = get_post_type( get_the_ID( ) ); should get us that variable.

Next, we’re defining the things we’d like to find in the title. $find = array(‘@mymail.vcu.edu’, ‘@vcu.edu’); – this is letting us look for multiple items and it could be many more than two.

Now our if loop only runs if the $type equals ‘profile’ otherwise it just passes the $title variable right back unharmed. If it is a profile custom post type, it uses PHP’s built in str_replace function to look for the things we defined in $find, replaces them with our second variable (” in this case which is just an empty string), and the third variable is $title which is the target of our find/replace pattern.

The final add_filter line says what is being filtered (the_title) and what filter/function is being run on it (the one we just wrote called suppress_email).

This is a tiny example and is no doubt simple for anyone who does this stuff regularly but I’m hoping that by breaking things down a bit more explicitly than I usually do it might help some other wandering souls who are early in the game. Have faith people. All this stuff makes more and more sense as you go on and then you can be completely confused by entirely new things.

We have a bunch of world language professors prying at the edges of Pressbooks. One of the requests yesterday was to be able to create a mini-dictionary of target language words at the beginning of sections written in that target language. Mousing over the words would show their English equivalent. The intent is to have ready assistance for those who need it so that writing in the target language can happen earlier in the course. ACF came to mind pretty quickly for this case. I really just needed the ability to generate two values that are paired together- the target language word and the English definition. I need to be able to make as many of these pairs as the person wants to put in there. That’s custom made for the ACF repeater field. Now that I had an easy way for people to add the words, I just needed a way to do the tooltip display. There are 12,000 ways to do this but I just looked around for one that bragged on its accessibility. I found this example on codepen and went with it. This bit of php builds that content. Now that we have the the content and way to handle the tooltip piece, I needed to stick it at the top of the posts. That’s just […] 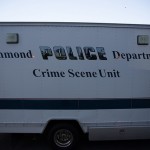 I got an email from a professor who was using Gravity Forms to allow students to create blog posts. The problem was that when they submitted posts via the form the category ended up being the default category no matter what was selected. Here’s a few of the things I did trying to figure out what was going on. It’s just a matter of isolating variables but occasionally it’s helpful to see how people work through this sort of thing. First, I googled it but that well was dry.I’ll try to keep the language interesting. I made sure the Gravity Forms category selection worked on other sites on the same installation. It did. That let me know it was at least blog dependent. There were only two other plugins active. They were both turned on and off with no change. That meant no plugin conflicts. On the input side, I tried selecting multiple categories. No dice. I tried changing the default category. It change the default category but didn’t fix the issue. I couldn’t think of any more input based variables to mess with so I moved a bit deeper into things. On the form side, I tried changing the category selection options. I tried using checkboxes, multiple select, all categories, select categories etc. None of that made any difference. […]