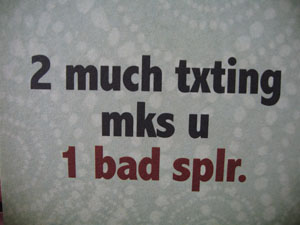 from the English School Maister

Too many people seem to think language is in charge. English is the bastard child of any number of languages and times. What we have now is a confusing, ever shifting and evolving, mess.

One squiggly line means the number two and three other line arrangements represents the word for the number 2. We have three words pronounced too but meaning three different things. On the other hand, we have the word lead which is spelled the same but pronounced differently and with an entirely different meaning determined only by context. We just accept that.

Words also change in meaning and spelling over time, right? If enough people say a word means something for long enough, no matter the word’s original meaning, that becomes what the word means. It’s kind of like evolution mixed with democracy.

I’ve actually listened to teachers brag that they never abbreviate when texting and that they used full and complete punctuation. That pretty much says to me, “The arbitrary ‘rules’ of English are more important than its purpose. Changing styles for different purposes and media doesn’t make sense.” I can’t think of a worse lesson for a student or a worse mind set for a teacher.

I’m not saying students should be able to write papers in text speak. I just want people to put this into context. Srsly. 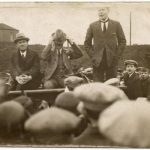 Emanuel Shinwell, 1918 flickr photo by LSE Library shared with no copyright restriction (Flickr Commons) Someone sent me the following comment from Professor Golumbia (a professor here at VCU). He’s got me blocked on Twitter for some reason or I’d loop him in directly. I’m taking that as a message not to communicate directly but since this comment was public and I’m quoted in the article, I figured I could at least respond. Maybe it’ll moderate the level of perceived evil intent. cool, my employer is now paying its employees to screw themselves & other laborers out of significant future wages https://t.co/rf1zmelscS — David Golumbia (@dgolumbia) February 7, 2017 I don’t feel like it’s quite as binary as it’s being portrayed but that portrayal may be a result of Twitter’s limits.But then again as Faol notes in response I am on “the list of institutional instigators/innovators/disrupters/buzzword fukkwits.” It’s also easy to see an institution as purely evil. It’s usually harder to do that with individuals. It’s also a rough time to care about education, students, faculty, academia as an institution, nature, freedom, humanity, etc. etc. All that to say, I understand an aggressive response to just about anything right now. With that, I’ll give you my two cents on why I opted to engage with VCU OER work. In the […] 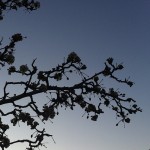 cc licensed ( BY SD ) flickr photo shared by bionicteaching Back in November of 2010,542 days ago. I posted about building an ITRT “mother blog”Just one of those aggregation blog populated through other RSS feeds. to share things I thought might be useful for Henrico ITRTs. It seems like it’s working on my end. There are currently 1912 posts from at least 261 different sourcesThere are 119 posts under “author unknown.” and that includes a period of time when Delicious feed stopped working for some reason. That’s an average of about 3.5 posts a day. The most important part is that this is part of my work flow. I am not working harder but I’m doing more with the energy I was already expending. Documenting for an audience has changed some nuances of my process as well. I add a few more tags in Delicious. I have more of tendency to add interesting quotes and explanations to links in the hopes of providing context/interest for others. All in all, it simply makes me more aware of an external audience. That probably helps me in the long run as well as I’ve been known to forget my own ideas. There are virtually no comments on the site but I have seen evidence through conversations that at least a few people […]

It Seemed to Work

I had, at least from my point of view, a pretty satisfying class the other night. I teach a 7:00PM – 9:40PM class for career switchers through the School of Continuing Studies at the University of Richmond. The focus on the class is technology integration and I end up with a really wide range of ages, experiences, and technology skills. So you can imagine how excited people are to work their normal jobs and then come into a nice 3 hour night class. Sometimes things go well, sometimes they go poorly. Here’s something that seemed to work well last Wednesday. Step One- I started off the class with some audio clips from student interviews. It was some good stuff (content wise- even if the audio quality was pretty poor). The students were saying things about how all they do is take notes and take tests. They complained of boredom etc. etc. I figured that would get their attention because no one wants to be thought of that way- especially if you haven’t started teaching yet. Step Two-I had a Google form for them to use. The task was just to list the things you’d like students to say about your class if they were interviewed. This form was embedded in the post I use each class to organize the material […]