Home > Lost > If I Were A Pompous White Man

If I Were A Pompous White Man

I know a lot of people have already responded to “If I Were A Poor Black Kid” but no one did it in quite the mocking way I’d hoped for so, as usual, I gave it a shot when I probably should have let it go.

I started off angry and just became more depressed the more I broke it down. There were some possible points in his article but it’s wrapped in such stupidity and arrogance that they’re not worth delineating.

It takes egotism. It take banality. It takes an online site dedicated to other pompous white people. It takes the help of people who should know better. It takes the arrogance to enjoy coming across as a pompous jerk who knows little about education and less about technology.

If I were a pompous white man writing about poor black children I would first and most importantly write my article in the whitest online site I could find. Forbes would work if I wasn’t good enough to make it into the Wall St. Journal. Whatever the site, I really want to avoid any actual poor black children reading what I wrote. I would make it my #1 priority to have no real knowledge about what I wrote about. Not only would I not be involved in education, I’d also have no experience with poor children of any color. I wouldn’t care that even my title had grammatical errors. Writing like you have simple answers to complex questions is the key. With enough arrogance, you open all sorts of possibilities. You might even run for political office.

As a pompous white man, I would make sure I didn’t actually know any black children. Or any poor children. I certainly wouldn’t know any actual poor black children. I’d make sweeping generalizations based off of things people I knew told me.2 As a pompous white man even my pity (sadly) would be parenthetical and condescending. I’d make sure to reference an online retailer or two because I care enough to do a Google search for these poor black kids. I’d chalk that up as one more barrier knocked down. Access to technology- check!

If I were a pompous white man I’d reference a bunch of technology that is popular right now. I’d mention Google Scholar, although if anyone pressed me on how one becomes an “expert at Google Scholar” I’d be fairly puzzled. I’ve never used it for much of anything but it sounds good. It has both “Google” and “Scholar” in the title. I’d make sure that I reference a bunch of sites that have Gates funding. If you’ll recall, I already solved the computer problem, I’ll just figure the Internet access one is solved as well. I’d string together a few decent resources and pretend they would somehow solve core literacy problems. I would also, when possible, forget that if I got free digital books I’d probably need them in school and most schools aren’t too fond of BYOD (despite all the press).

I’d mention two tools (Backpack3 and Diigo) which could possibly be used for some homework and call them “homework tools.”4 I’d be out of touch enough to think that homework is somehow related to researching and collaborating on the Internet with groups of people. I’d ignore the fact that many schools would consider this cheating. I’d call Evernote a study website. I’d suggest paying $5 a month for Study Rails instead of using something free.5

In my head, I’d pretend I knew something about schools. I’d mention a few schools I’ve heard on the news or something and then I’d condemn the whole school system. I’d come up with an elaborate path that virtually no student would do and then I’d condemn them for being lazy if they didn’t follow my advice. As a pompous white man, I’d make sure I ignored the fact that by the time a student could take charge of their learning to the extent I’m talking about they’d likely be so far behind that it’d be nearly impossible. To advocate and pursue a “good” education, you first have to know what “good” education is.

Now on to the vast bastion of whiteness- private schools. As a master of pomposity, I’d pretend that exclusive private schools offer a legitimate way out for poor black children. Every bastion of whiteness needs multicultural fund raising brochures after all. Sure it only takes three or four PBKs6 to round out a brochure but I’d focus on the advantage of being removed from your community and friends while hoping to get a scholarship for bus fare. If you’re really lucky a pompous white family will adopt you!

As a pompous white man, I’d say something cool like “get technical.” Remember when I got you that free computer and then made your Internet work? Yeah. Now I want you to learn some real specific things like “software”. Also “write code”. In pompous white man land everyone writes “code” and we certainly learned it on our own. That’s just how pompous white men roll, at least when we aren’t polishing our communication skills.

President Obama was right in his speech last week. It’s important that a pompous white man let you know this so that you don’t have to worry Obama’s speech wasn’t properly validated by real experts. As a member of the winning side, I’d make sure you knew the biggest problem isn’t inequality because that would imply I don’t deserve everything I have. Instead I’d say the problem is ignorance. If only those PBKs knew the path I’d propose for my kids if they were black. Or poor. Or black and poor. While my own kids will never do any of these things, I bet I could write a bunch of half-formed ideas and ill conceived notions down and write the time off as a donation on my taxes.

Finally, as a pompous white man, I’d let everyone know that it’s really the fault of these poor children that they aren’t doing better. They must not want help otherwise technology would help them. Or if they want help but don’t “go for it” in the ways I’ve prescribe they are dumb. Either way, it’s clearly their fault.

There’s still plenty of opportunity in the good ol’ USA and don’t let any reports using data get in the way of the gut feelings that allow me to sleep the sleep of smug superiority.

1 Not that pompous anyway, consider me semi-pompous.

3 Backpack is an easy intranet for your business. Store, share, discuss, and archive everything that’s essential for your team. Safe and secure.

5 Remember, I saved you all that money by sending you to Tiger Direct? Time to pay up cheapskates!

Hitchhiking robot’s cross-country trip in US ends in Philly “With the robot destroyed, Zeller said, she was most concerned about children who loved hitchBOT and followed it on social media. Her team doesn’t plan to release the last photo of it to protect young fans who might be distraught. “I hope that people won’t be too disappointed, too sad,” she said.” tags: weekly usa robot sociology Posted from Diigo. The rest of my favorite links are here.

If That, Then What?

The Google spreadsheet passing the information on to this chart, which should be live, is being fed by an IFTTT recipe. For the record it doesn’t seem like you can mess around with the non-used portions of the actual worksheet where data is being written by the recipe. I was able to add another worksheet and use that to run some formulas on the worksheet where the tweets are being written. =len(‘Sheet 1’!C1) is the formula you’d write to access cell C1 of Sheet 1 and count the number of characters. Granted, keeping track of my progress towards perfect 140 character tweets doesn’t have much value (although there’s one that’s 150 characters that’s a little puzzling) but it’s just a proof of concept. I could parse out other elements. I do need to look back at the DS106 hashtag spreadsheet and see how that’s working as I don’t see any working version of that since Twitter killed RSS support. And a random byproduct of some other work I’m doing messing around with The Mother of All Demos. Seriously though, tell your friends. Apply for the job. 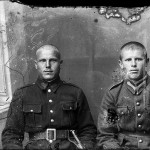