Things I learned from watching 24 hours of Investigation Discovery. : humor “If you want to murder someone, just send them to Birmingham, Alabama. Someone will take care of it for you. “ tags: alabama murder reddit weekly cloud piano “This installation plays the keys of a piano based on the movements and shapes of the clouds. A camera pointed at the sky captures video of the clouds. Custom software uses the video of the clouds in real-time to articulate a robotic device that presses the corresponding keys on the piano. The system is set in motion to function as if the clouds are pressing the keys on the piano as they move across the sky and change shape. The resulting sound is generated from the unique key patterns created by ethereal forms that build, sweep, fluctuate and dissipate in the sky. “ tags: augmentedreality poetry clouds piano music weekly Octopus Protects Eggs for 4.5 Years – Neatorama She was never observed away from her egg clutch, he said, and probable never ate during her 53-month vigil. “Everything we know suggests she probably didn’t eat,” Robison said. Octopuses typically experience a single reproductive period after which they die. The low temperature at the depth of the nest is suspected to be the reason the eggs took so long to hatch, and would also explain how the mother lived […] 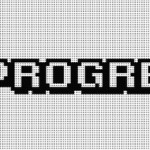 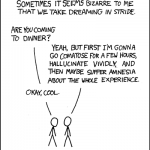