I was fortunate to meet Claire Bourne from VCU’s English Department yesterday. In addition to all sorts of fun conversations around her upcoming course on Marlowe (and the WordPress site) and the FileMaker database she built to see more deeply into her research,1 Claire mentioned she was on Twitter (roaringgirle) which opened the door to yet another interesting world of people on Twitter.

One of Claire’s tweets comparing two different, but very similar, woodcuts did catch my eye as an interesting target for Juxtapose.

It took a few minutes to cut/paste into PhotoShop. I then resized them so they were roughly the same size. Despite their aspect ratios being a bit off, I think it turned out well. I also opted to do the vertical scrolling option as I felt it made it easier to see the differences than the horizontal option.

Nothing fancy but a solid way we can look at media in a way that helps drive understanding.

1 How awesome is that? I also had fun reminiscing FileMaker was something I spent a lot of time with back in the day. 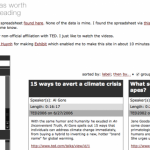 This Exhibit is based of the spreadsheet found here. None of the data is mine. I found the spreadsheet via this tweet by scmorgan. If anyone knows who to give original credit to please let me knowI did look around for about 10 minutes but no original source presented itself- popular link though. Clearly, I have no official or non-official affiliation with TED. I just like to watch the videos. I do want to thank David F. Huynh for making Exhibit which enabled me to make this site in about 10 minutes. Most of that time taken up by messing with the CSSObviously, I have only the roughest ideas regarding CSS so if you have skills it’d take you no time.. I am an Exhibit fan which is pretty obvious if you search the site. This data just seemed to beg for Exhibit so . . . I obeyed. In the future, I may add some additional fields based on what I see as valuable to different strands of education (leadership, planning, creativity etc.). If you want to do something similar it’s really easy to get this data out and do with it what you will. 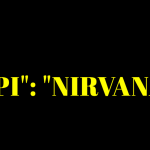 I am way behind on blog posts. I’m also bad about telling the difference between blog posts I’ve written in my head and blog posts I’ve actually written. I am glad that being able to tell the difference between reality and fantasy is not that important. Sparked back to reality by this Tweet involving many of my favorite people on the Internet . . . I figured I’d write at least part one of that imaginary post. If my ability to tell fiction from fact continues, I’ll actually write up the content of the presentation this week. Has anyone played round with Reveal.js for slides? @cogdog perhaps? Thinking on using with @Flickr @creativecommons images Maybe fork it? — Ken Bauer (@ken_bauer) November 27, 2016 I got the opportunity to do a talk with the rather hopeful title of API Nirvana at #opened16 with Kin Lane (the API evangelist). The original proposal had doing something like the description below with a focus on the Buddhist concept of Nirvana. Kin Lane, API Evangelist, has long been a traveler on the API path. Tom Woodward has newly come to it. Kin will explain API Nirvana, that it’s more a journey than a destination (you are already on it), and Tom will explain the path and patterns of his early progress towards that destination. […]

The kind and brilliant folks at MIT have come out with a new Exhibit API that allows for more flexibility and power. The bonus is that it looks good doing it. I’ve now revised my Google spreadsheet fed history example to use some of the new power. It’s here if you’re interested. In the end I opted to mimic their new presidents layout (much like I mimicked their old presidents layout). This time I had a better reason than pure ignorance of the API (I now have impure ignorance after all). Their new layout is really right in line with what I’d like to focus on this year- data visualization/interaction. The new layout has the map right their with the time line. I like that. Time and location on one easy interactive page. Add in their option to sort and hide/expand sets based on the data you define and you’ve got something really powerful that will help students make connections. A simple example is if I restrict my set to show only “explorers” then suddenly in the map and the time line things change. I notice explorers were mainly earlier and than none were born in the Americas (obvious to you and I but maybe the spark some kids need). Then I switch map views and I see that explorers […]