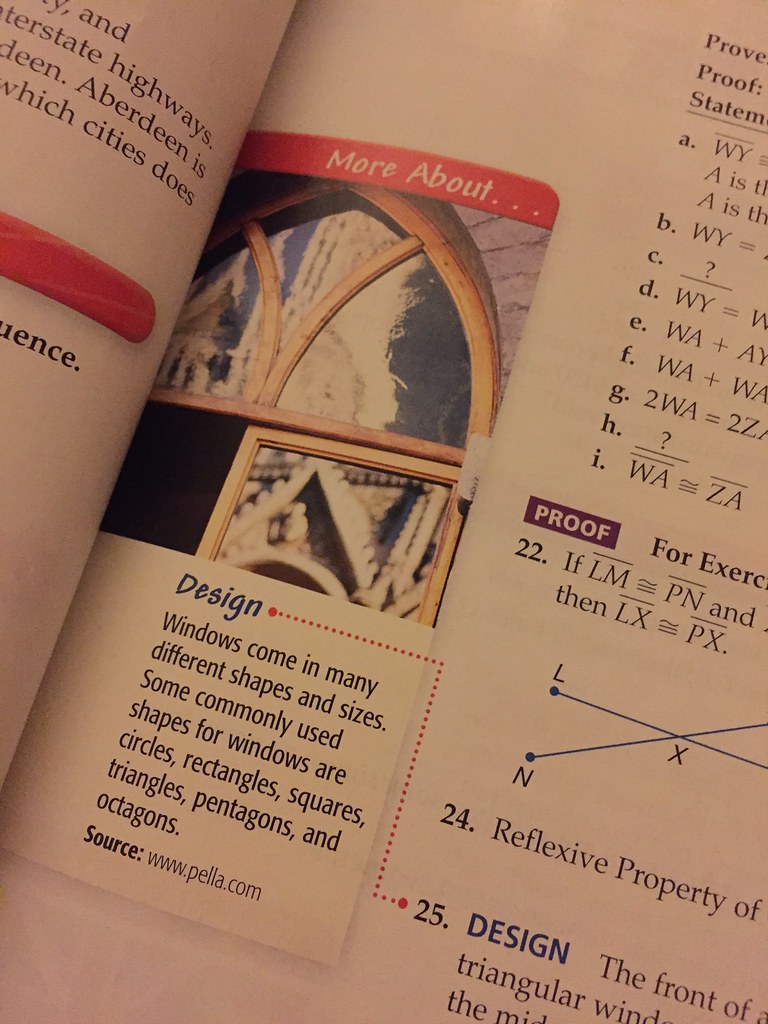 Windows come in many shapes and sizes. Some commonly used shapes for windows are circles, rectangles, squares, triangles, pentagons, and octagons. Source: www.pella.com

One of those amazingly horrible attempts at making something “real world” in a textbook. This is a high school math textbook. The source for this staggering information is a website that sells windows. And they double down on their insistence that windows make this content relevant and useful to today’d hip teens by using windows in two examples. 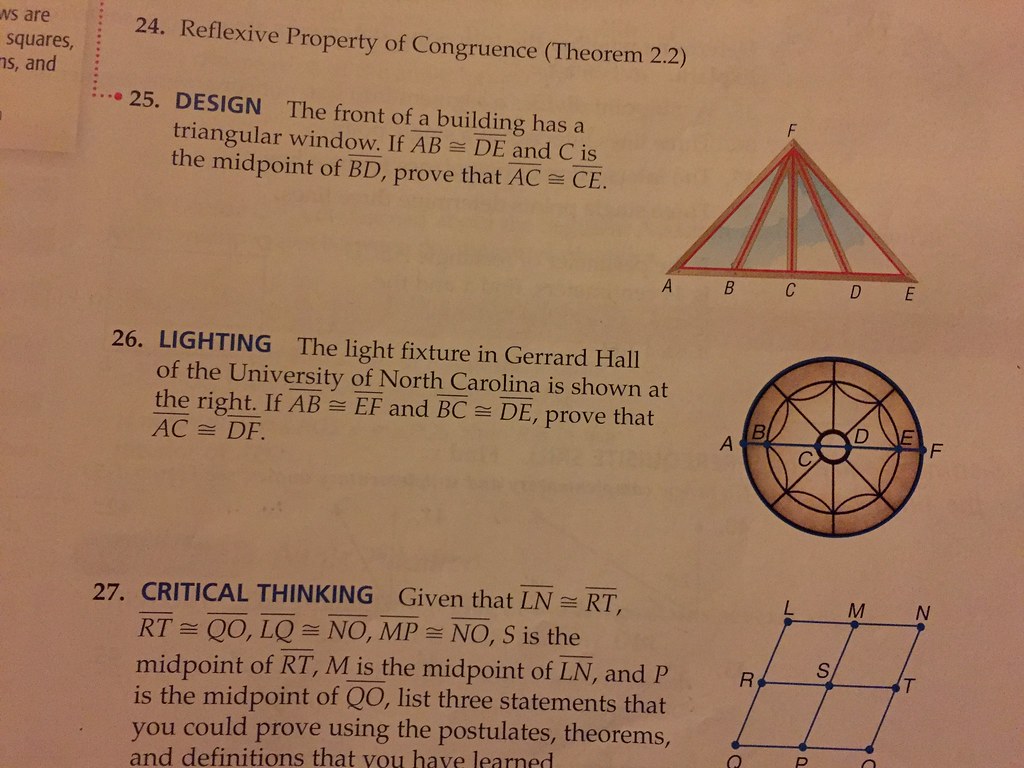 Remember aspiring teen window makers, you can use the reflective property of congruence in your future job interview! Asked by one student how he could become President someday, Obama issued a warning about Facebook. “I want everybody here to be careful about what you post on Facebook, because in the YouTube age whatever you do, it will be pulled up again later somewhere in your life. That’s number one,” he said, according to Bloomberg. – source Good advice but I really wonder what will be considered “bad” in 30 yearsGranted, many people don’t care about smoking pot but it’s still against the law and photographic evidence bragging about breaking the law isn’t the best idea, right Michael Phelps?. Neither party has been too clean in terms of youthful (on non-youthful) “indiscretions” latelyI won’t get into what personal stuff is currently going on with a ridiculous number of politicians.. Leaders in the private sector and many religions don’t seem any different. I wonder if the easy and frequent documentation, not to mention publication, of all sorts of mistakes will change what people expect out of politicians and people in general. People make mistakes. It’s going to happen to lots of them. Will the sheer proliferation make those mistakes matter less? Will it take more and more shocking things to make any sort of impression? That’d be an interesting byproduct. As a result of the consistent chronicling of “bad” behavior […] Bending Google Earth To My Will

This post is going to be a somewhat functional (how to get this to work) but will also attempt to sketch out some of the ways I problem solve as roadblocks occur. I don’t know that sketching out problem solving in this way will help anyone but I hope that it might. It’s been a while since I’ve done any serious work in Google Earth. I’m reorienting myself and learning a few things in the process. My initial goal was to get some easy content from Google Earth Layers (and now the integrated “Earth Gallery”) into folders and associated with some of our history standards- essentially easy interactive content for teachers who don’t want to search for it. Google Earth has never caught on like I believed it would/should and I’d like to jumpstart use of the program and provide more digital content for social studies in general. Roadblocks I found the addition of the “Earth Gallery” to be a mixed blessing, with the mix leaning heavily towards unfortunate. There is lots of good content there but it seems to be meant to stay there. I can’t find any way to copy that content to “My Places”- dragging it didn’t work, nor did control-clicking (right click equivalent) give me any options that would help at the folder or individual item […]