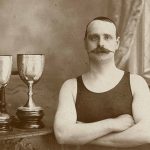 I am late in responding to this prompt from Alan but given all Alan does I figured I should give this a shot. What is your domain name and what is the story, meaning behind your choice of that as a name? I started this many moons ago when I was teaching k12. It was a time of hope around edtech and the edu-blog-o-sphere was young. Many people even referred to it as the edu-blog-o-sphere1 and the first edubloggercon had yet to happen. Most of the fully-branded tech teachers you know today were working in actual schools rather than for companies. It was a strange time, like the 1960s maybe, so I blame the domain name on that. I was working with Jim Coe and we had plans become some sort of edtech consultant group. That whole branding thing didn’t seem quite as repulsive to me then as it does now.2 In any case, I had previously had a free blog on a site run by James Farmer (incsub.org/wpmu) which was entitled Bionic Teacher. My concept at that time was that fusing the best of technology with the best of human options resulted in the title. Since we were now two people and a long-term goal of influencing more people bionic teacher became bionic teaching. We then immediately got that […]