This is the first #ds106 assignment I’ve done in a long while. The challenge is to write a poem using only the titles of Twilight Zone episodes. It’s an easy one for any English teacher to use as is or to adapt to whatever restricted set they want – chapter titles from a book, band names, Top 40 song titles, scientific names for animals etc. etc. I think more and more that a major part of English class ought to be encouraging students to play with language and then to figure out why they like what they like. Maybe that’s obvious.

Thanks to Todd Conaway for the assignment (official assignment in the repository) and for the work getting the titles in one place. I also took his Word doc and put it in a Google Docs table to help me see more/most of the titles at once and because I dislike having to open programs on my computer these days.

This is a ridiculous thing. It came into my head the other day and it amused at least a few of my children . . . once I explained what Snarf was. I plan to make ridiculous things more often. I initially had it up on SoundCloud but they took it down after a few hours as a copyright violation. Rather than fighting them about what my rights are, I’m just putting it up on my own site. Then I couldn’t find a decentThe new Snarf is super creepy. Snarf gif on Giphy so I made one of those too. Nothing fancy in either case but this is the kind of useless, amusing things that I really like about digital media and the Internet. Consider it the opposite of surveillance capitalism.

I’ve been fairly obsessed with animated gifs lately. My apologies. It was really If We Don’t, Remember Me that had me stuck in this loop. This person churns out such really interesting visuals, I couldn’t rest until I got something fairly close. I feel like the image above, while not perfect, is close enough to let things rest for a whileThe gif is from some beach something something video. I was just randomly watching old movies on Netflix instant watch to make capture quality better and easier.. Initially, I just thought IWDRM was just a master of choosing just the right clip. Now, that part can’t be discounted but there’s a lot of other things that go on to improve the final product. While fairly simple, I’ll try to detail what I did and how I eventually learned to make it more economical time wise. I’m not a PS guy, so there may be even better ways. If you know them, let me know. This is tilted towards CS4 but I imagine the concepts will make sense if you use other versions or other software. Clip your video down in Quicktime or something like that. You can edit in the PS import tool but it’s awkward. Import the video files to layers. The animation window will be at the bottom. […] 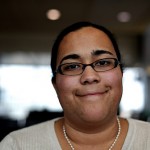