We’ve been dabbling in the VR world with Vive and video captured via the Ricoh Theta S. The Ricoh video resolution isn’t great but for loaning out to faculty it’s simple and won’t end the world if it’s blown over by the wind on a moor in Ireland.1

Step one got us the example above (directions here). Our next move was to get it into something that would take advantage of the Vive headset for movement.

There’s a nice app called, appropriately, Vive Video. The built in examples work exactly like you’d expect but using our own videos wasn’t all that intuitive to me initially.

The steps are easy enough once you know them.

I often struggle with software/hardware combos we don’t have direct access to. This is stuff I’ve never used before so it’s easy to struggle in a variety of ways. Nothing wrong with feeling vulnerable/inept but I dislike the feeling that I might not be able to do what I need to do for a faculty member. 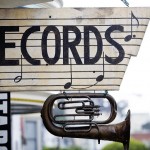 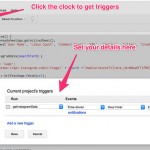 I thought I’d take a stab at using Google Script to capture Instagram data after being inspired by all the great Martin Hawksey has done with the TAGS Explorer. I’m doing something very similar and it turned out to be fairly straightforward to take the PHP I’d written previously and turn it into something that’d function in Google Sheets. I found this example highly useful in creating my own script.I basically copied portions of it. The following script can also be set with a time based trigger to fire every X minutes/hours/days which is perfect for this particular project. You can see it pulling 20 pictures worth of data every hour here if you’d like.