We’ve been dabbling in the VR world with Vive and video captured via the Ricoh Theta S. The Ricoh video resolution isn’t great but for loaning out to faculty it’s simple and won’t end the world if it’s blown over by the wind on a moor in Ireland.1 Step one got us the example above (directions here). Our next move was to get it into something that would take advantage of the Vive headset for movement. There’s a nice app called, appropriately, Vive Video. The built in examples work exactly like you’d expect but using our own videos wasn’t all that intuitive to me initially. The steps are easy enough once you know them. Get your video on the computer where you’re running Vive Video Login to Vive Video and navigate to the video – I had some issues with the pointer not working well at various times but restarting the app seemed to fix it each time Once you’ve go the video showing up . . . initial attempts to play it will show you the ‘unwrapped’ version. You might keep loading different versions and trying other videos to figure out why it isn’t behaving like 360 video. After a number of attempts . . . you’ll move the next step below. You notice an eye icon on the […] 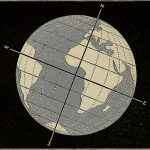