Tom Woodward on Twitter: “@NOAADigCoast I was hoping you could tell me who developed the https://t.co/dreFyO5dC6 site. It’s really incredible.” / Twitter A little example of the nice side of social media with NOAA> ENOW How This All Happened · Collaborative Fund If you fell asleep in 1945 and woke up in 2018 you would not recognize the world around you. The amount of growth that took place during that period is virtually unprecedented. If you learned that there have been no nuclear attacks since 1945, you’d be shocked. If you saw the level of wealth in New York and San Francisco, you’d be shocked. If you compared it to the poverty of Detroit, you’d be shocked. If you saw the price of homes, college tuition, and health care, you’d be shocked. Our politics would blow your mind. And if you tried to think of a reasonable narrative of how it all happened, my guess is you’d be totally wrong. Because it isn’t intuitive, and it wasn’t foreseeable 73 years ago. No Meetings, No Deadlines, No Full-Time Employees It can be a great deal for Gumroad too. Before Daniel quit his job at Amazon, he was making over $400,000 a year. We pay him $120,000 a year. Minimum Viable Work – by Stowe Boyd – work futures Minimum viable work […]

A Surreal Trip to a Domain-Names Conference – The Atlantic As a person who grew up online during the heyday of weird domain hacks, I mostly thought of domain names as a very niche genre of experimental poetry, one in which radical constraints (availability, brevity, the cadence of an interrupting “dot”) produce small, densely packed pockets of internet magic. Trump ran a campaign based on intelligence security. That’s not how he’s governing. – The Washington Post Phones — especially phones with their flashes turned on for improved visibility — are portable television satellite trucks and, if compromised, can be used to get a great deal of information about what’s happening nearby, unless precautions are taken. January 17, 2017 : The Daily Papert School treats them like children in an impoverishing sense where children are assumed to be people who don’t have good ideas, whose knowledge is limited, who have to be told rather than exploring, discovering, creating, possessing knowledge. I think that’s the shift that we can bring around, about, and we have to … I see setting up that vision as the most important, maybe the most important act in the world because all the other things like saving the environment and the planet will flow from new ways of thinking that depend in turn on children growing up […] 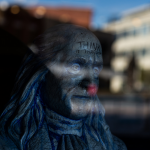