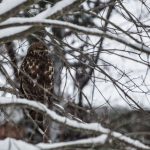 I’ve missed a few weeks. No guilt. I am playing around with more phone photography. I doing some stuff on Instagram but have mixed feelings there. Lots of ‘likes’ and what not but I’m not sure what else. Given a chunk of the missed time was over break you’ll see a lot more nature shots in here. I’m also drawing more with the kids. Using only the finest Bic pens . . .

Librarians turned Google Forms into the unlikely platform for virtual escape rooms – The VergeOne of the early examples when google forms allowed conditional logic was a choose your own adventure form. I need to build out that wordpress plugin to let construction of these be more pleasant and allow more choices. B. Bolander on Twitter: “i hope bill watterson is doing okay and is proud of all the children he radicalized with this stuff https://t.co/l31P58xU0l” / Twitter The true story of the prince of Qatar and his time at USC – Los Angeles TimesThe adjunct researched selling the watch to benefit USC, but found that it was already registered in his name with Rolex. Instead, he wrote a check to the university for its estimated value, $12,500. USC confirmed his account. –what kind of adjunct has that kind of money for a watch they don’t sell and never wear? Coronavirus Conversations With One of America’s Richest Men – BloombergI wondered if the bubbling frustration might be fueled instead by the different ways billionaires loom over our lives, and not only because we can’t check email, stream movies, or post photos without their products. Earlier in April, Bill Gates had suggested his foundation would spend billions of dollars to fund a coronavirus vaccine, reminding everyone that it was the rich, […]

Welcome to the Dark Net, a Wilderness Where Invisible World Wars Are F | Vanity Fair , Look, we’re in the Internet business. We know we’re going to get hacked. We have to assume, always, that our network is already owned. It is important to go slowly and stay calm. We will soon know how and when to lock the door. We will have to decide later if we should do more. To me he said, “Also, relax. In the long run, the chance of survival always drops to zero anyway.” He did not say this to his client. It was not an insight the Company would have valued at the time. Even in the short run, as it turned out, the news would be alarming enough. Anxiety Culture: 8000 years of anti-social behaviour I haven’t tracked down all the quotes but there’s some good looking stuff here. This Is What’s Missing From Journalism Right Now | Mother Jones Conservatively, counting just the biggest chunks of staff time that went into it, the prison story cost roughly $350,000. The banner ads that appeared on the article brought in $5,000, give or take. Nothing To Do With Arbroath: Man acquitted of remote-control arson from 250 miles away now faces deportation The investigator’s theory was that Mr Robinson, while in Hamilton, opened […]