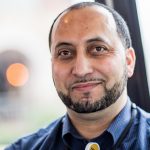 The Story Behind Alexis Pereira’s Viral Essay Twitter JokeAfter he and several other big accounts realize it’s a spoof, a new debate emerges about whether or not jokes about professors are okay. A college professor who thought it was funny debates a Marxist-Leninist writer in my replies about whether satire is permissible. ink – inkle’s narrative scripting languageIf you’re new to ink, why not download Inky, our ink editor that allows you to play and test your stories. Eliot Higgins on Twitter: “Because I’m a massive verification nerd who hates fun, here’s a little thread on geolocating these photos that people are claiming aren’t from Venice. https://t.co/qBreekKI7c” / Twitter ACLU Apps to Record Police Conduct | American Civil Liberties UnionMobile Justice Virginia is a smartphone app that will empower Virginians to record police and hold them accountable for their actions. Record, report, witness, and Know Your Rights – all on your phone! Shortcuts can now activate video recording on your iPhone during a traffic stopPetersen’s command “Hey Siri, I’m getting pulled over” will pause music if it’s playing, turn down the brightness, turn on “Do Not Disturb” and sends a message to a chosen contact. It then activates the video recording on the front camera. CORontine Corps – A Dance Community Project Coronavirus awareness icons