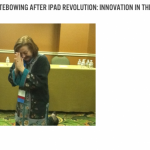 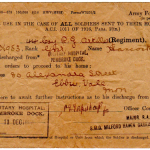 Obfuscation. A User’s Guide for Privacy and Protest | We Make Money Not Art “Obfuscation: A User’s Guide for Privacy and Protest is an important and straight to the point book that reminds us that, ultimately, we’re up against intimidating asymmetries of power and knowledge. Stronger actors -whether they are corporations, governmental bodies or influential people- have better tools at their disposal if they want to hide something. What we have is obfuscation. It might require time, money, efforts, attention but it gives us some leverage as well as some measures of resistance and dignity. “ tags: weekly sociology How the CIA encouraged citizens under occupation to sabotage their workplaces during World War II. I cannot believe this is real. The CIA’s WWII Guide to Sowing Office Dysfunction Perfectly Describes Your Toxic Workplace https://t.co/Qd9U6yyhDk https://t.co/fFmzQJv8es tags: #fav weekly Resist and Thrive — Medium “Approaching your work with thoughtfulness at the core is challenging. You’re going against the grain. Your tools of measurement are very different from your peers. It’s easy to doubt yourself?—?I do it all the time.” tags: weekly measurement Posted from Diigo. The rest of my favorite links are here.