I freely admit to having mocked iPad robots on more than one occasion. My experience with them has largely been awkward encounters at conferences where they felt more like curiosities1 than anything with real purpose or impact.2

But . . . we recently ended up in a scenario where a student in Molly’s Artfulness class was going to be unable to attend class for a lengthy period of time. She was considering dropping the class. The next class was a dance-focused class run by Jill Ware where movement and being in the space was particularly important. All this came out in an informal conversation with Molly.

As a semi-joke, I said now was the time to use the iPad robot . . . and not only did we do it but it ended up working really well. You can see some of the interactions playing out below. I think it was a fundamentally different experience than merely watching. 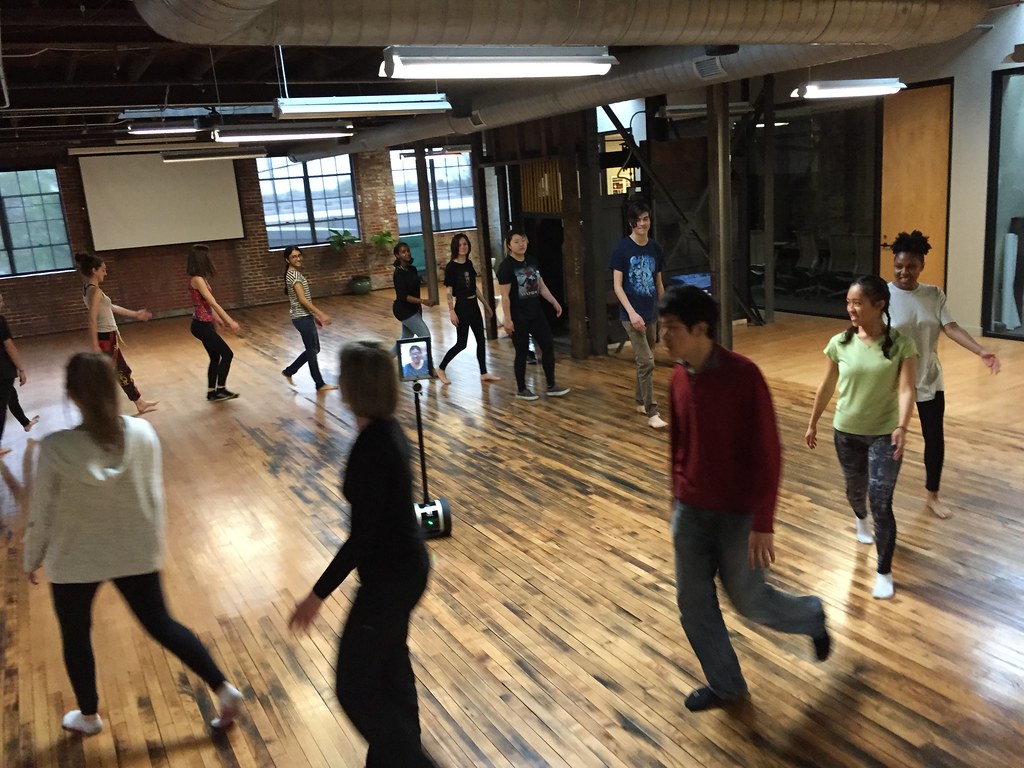 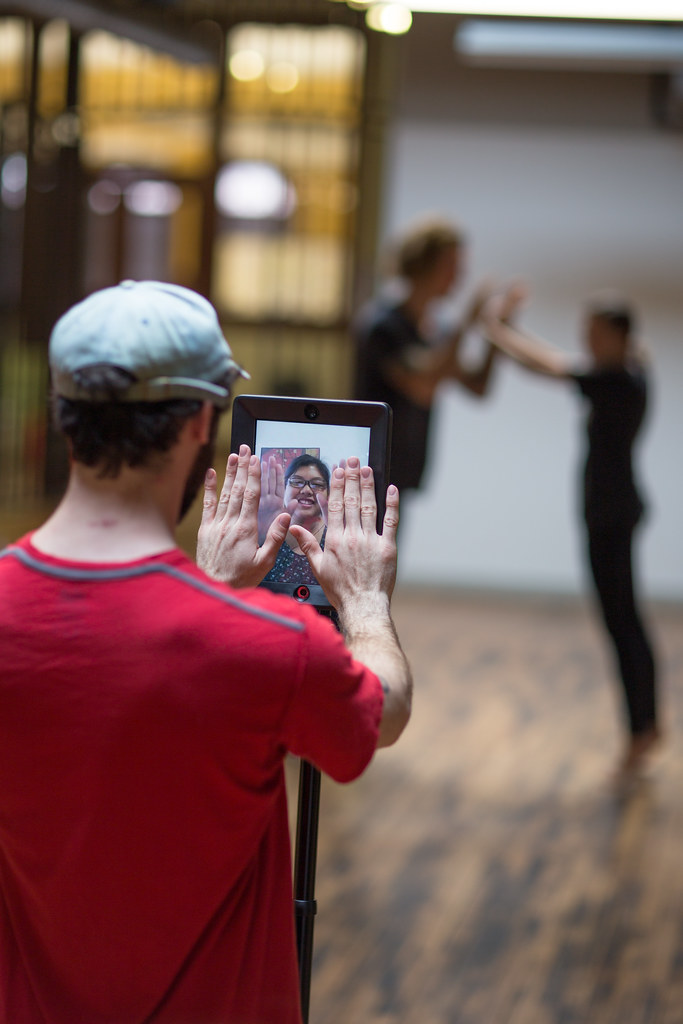 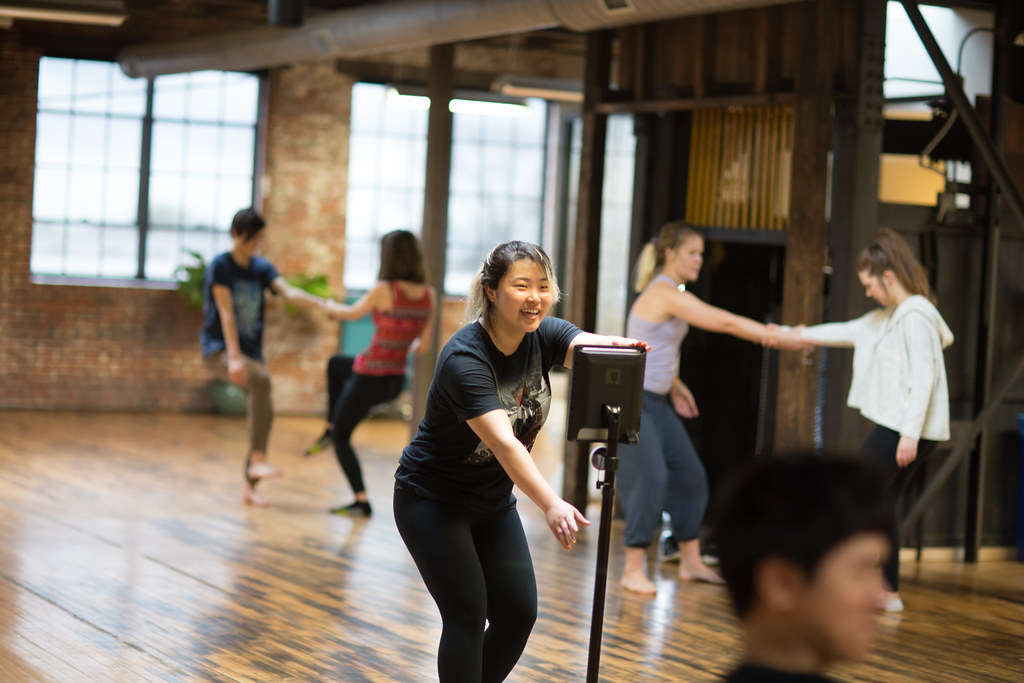 In this particular scenario I think that the iPad robot really made a remarkable difference in terms of interaction on the part of the student driving and the students interacting with the robot/student.3 It also looks like a fundamentally different experience for both the driver of the iPad robot and the students in the class. It’d be a fun thing on which to do actual research. How often scenarios would occur in which this would be applicable and how/if things change on repeated exposure would be interesting to see. 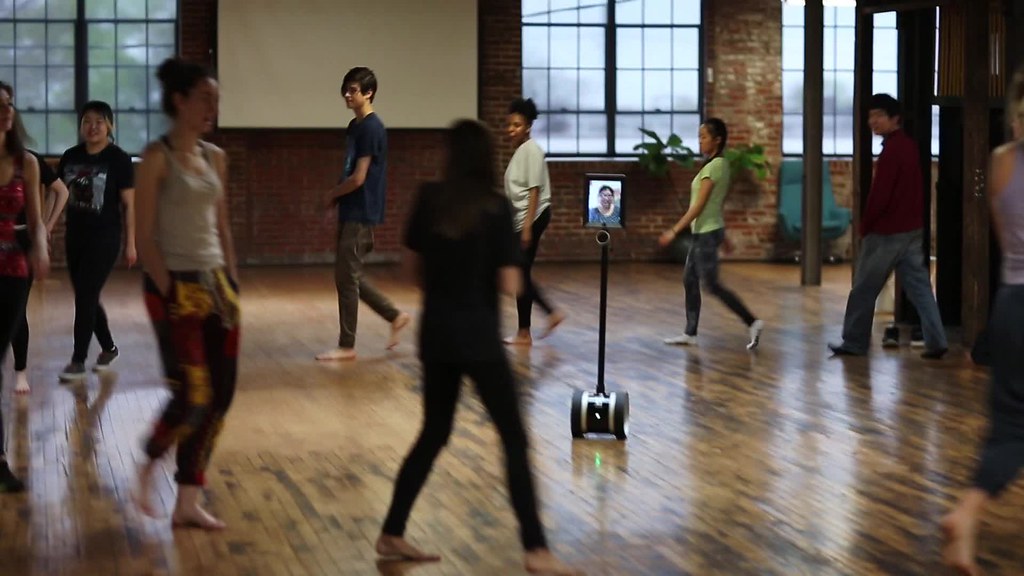 2 It could also be that I’m extra-cynical at conferences.

3 Cyborg is the wrong word but it was far more effective blend of machine and human that I would have thought.