WARNING: Many of the rap lyrics in the linked site are explicit. Expect frequent NSFW references and other lines that, while necessarily profane, will offend people. I will also move from something fairly tangible and real into a semi-philosophical discussion which is likely to be less pleasant than any explicit lyrics.

While searching for a picture of Alpo dog food to use in a presentation, I noticed that there appears to be a (relatively) well known Harlem drug dealer named Alpo who was referenced in this rap lyric– that happens to be annotated through Rap Genius.

Rap Genius is your guide to the meaning of rap lyrics (basically the internet version of the nerd-*** “rap dictionary” dorm-mate you had in college).

You can listen to songs, read their lyrics, and click the lines that interest you for pop-up explanations – we have thousands of canonical rap songs explained (2Pac, Notorious B.I.G., Jay-Z – even the beginning of the Torah..)

Our aim is not to translate rap into “nerdspeak”,1 but rather to critique rap as poetry.

The quality of the critiques vary considerably- some are just restatements in less oblique terms, others actually reference factual elements2, but there are plenty of examples of analysis and research in there that are exactly what we try to force out of students but here people are doing it willingly. Large chunks are done by the staff of the site but there are clearly unfettered people participating and the digital structure that helps this happen would be easy to duplicate if necessary.3

On a semi-philosophical level there is a pretty prevalent belief that people (adults and students) don’t do “academic” things without being coerced4 There are just so many examples like this on the Internet that show that people pursue the same skills/knowledge we’re trying to teach but in different contexts and they are clearly willing to spend huge amounts of time and energy pursuing these things. Just about everything structurally we do in education prevents that pursuit from occurring.

Shawn Cornally of Think Thank Thunk has been doing some really impressive work around fixing the world’s problems for some time.5 I do not watch videos6 but I have watched the video above three times now and forced my wife to sit through it as well.

The structural problems Shawn lays out are the same issues I see with adults in our system. We set up the same systems of metrics for performance and coercion for adults that we do for kids and get the same results in many cases. That is why you get the conjoined twins of low staff development attendance and complaints of not enough staff development.7 It is often about learning the system and putting in whatever effort gets the boxes checked. I don’t say that as indictment of teachers but as a recognition of reality and the way people respond to these systems. It will be interesting to see how this plays out as the way we evaluate teachers more closely mirrors the ways in which we are evaluating students.

1 The weaker “nerdspeak” option was covered here back in 2007. The comments from Dan and Jose are worth reading.

3 You could get pretty close with digress.it and WordPress without any real effort.

4 That’s carrot or stick coercion and includes the carrot-stick where we punish people with rewards.

5 You should read everything he has written.

6 I need to find/install a browser plugin that lets me watch videos at 2x or 3x normal speed. I’ll put up with the squeaky voices if I can move through things more quickly.

7 My comments on staff development quality are way beyond footnote length.

There are good reasons to use digital content. They don’t seem to come up that often in the articles and posts I’ve been reading lately. Below, with some degree of hyperbole, I mock them. I’m not saying these arguments ought to be negated in their entirety but there are certainly better reasons out there. Granted, they aren’t as easy to chant or fit into pithy catch phrases. Physical texts are out of date by the time they’re published! Mars is not a planet! The idea that we’re regularly having major revisions in the kind of knowledge published in k12 textbooks is crazy.I also don’t care if you get the last leg of President X’s term. If it’s recent, wouldn’t I be better off using the actual real news? I also have no faith that any textbook company would do a good job updating their books aside, possibly, from fixing typos or pretending they didn’t say slaves were happy fighting for the Confederates. As a matter of fact, I’d rather have a textbook with errors assuming the teacher knows what’s right and what’s wrong and can help students challenge things. Digital textbooks will be more engaging!/Kids love technology! We wouldn’t expect crappy a writer to suddenly become awesome because they switched from printing their books to using ePub. Traditional textbook authors […] 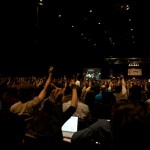 All Mobs Are Self-Selected

All mobs are self selected and mobs often do very stupid things based on emotion – This post was inspired by some comments at the Edupunk panel at SXSW, which while disastrous as a whole, did have some good pieces. Granted, you had to look very, very hard.Mobs bully/attack other peopleor burn down building etc. but we’re talking Internet “mobs” here but they do so because people have gathered strength from finding other people thinking/feeling just like they do. I think the Internet and all the social media toolsfrom twitter to blogs makes it really easy to surround yourself with the echo-chamber, or a self-selected mob, and then it becomes much easier to start doing dumb things while still feeling like your ideas/actions have been vetted and approved by an unbiased crowd. I’ll also say that the Internet and social media allow you to do the opposite. That is you can surround yourself with vastly different ideas and people from very different backgrounds that will challenge your thoughts and ideas and help keep you from doing or continuing to believe stupid/wrong things. I think far more people do the former. It’s human nature. I try to fight it in two ways. One, I try to get lots of ideas from outside what I do. I try to broaden where my […] 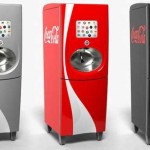