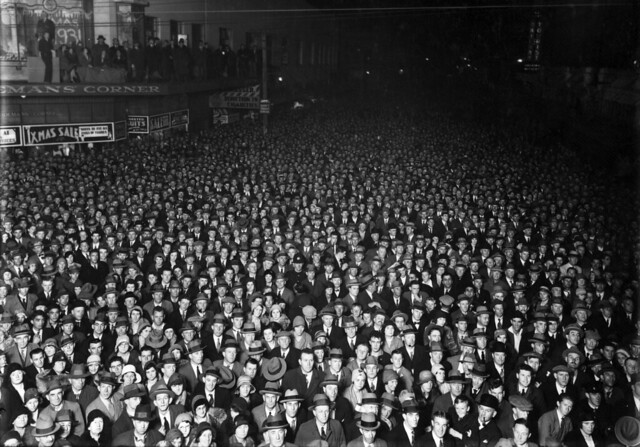 I often want to know just a bit more about numbers I see in tables. As I was looking at some thing today, I stumbled on the Wikipedia page for “List of Most Viewed YouTube Videos“. After being more than a bit amazed at the utterly staggering numbers. I wanted to know what they translated to in terms of years because the numbers were just too big.

I remembered that Google Spreadsheets will let you pull in a table from a website with no fuss. All I needed to do was put =IMPORTHTML(“http://en.wikipedia.org/wiki/List_of_most_viewed_YouTube_videos”,”table”,1) in the first cell on the spreadsheet and viola the table is transcluded. I can now add a few more calculations to figure out the import stuff – like how many years worth of time have been spent watching Gangnam Style (16,274.24 years for the record1). You can go mess around with the data here.

1 Assuming I didn’t screw something up.

Because I love Alan. Here’s the API version in Google Script to grab YouTube stats. It does a bit more than the previous XPath version and you can set it to be triggered repeatedly. I’m going to add a loop to add multiple videos etc. in the near future but it’s a good start for anyone who’s doing research on stuff like this. It is funny what you might notice when you can see the data like this. I triggered it manually twice just to get a few lines in there. Notice that between the first two entries there are no additional views but a chunk more likes/dislikes. Makes me wonder if people are just weighing in without watching or if the data are collected differently resulting in some delay. Here’s the scriptIt took me a good while to realize I need to do the [0] piece to navigate the first element. My best friend is Logger.log(yourVariable) in Google Script. When I finally got methodical enough and used it to spit out the variable results at each level, I was able to figure it out. and it’s pretty well commented up. You’ll need an API key. 🙂 You do see some weird stuff in the raw JSON. Like there’s a Favorites field. Does that exist in YouTube? I didn’t really […]

Map a Folder Full of Images to Google Spreadsheet

Imagine you have a large folder of images in Google Drive. I don’t have to imagine this as I do thanks to an IFTTT recipe.I figure if I have enough backups to my online backups then I can pretend I’m safe. Google tends to be kind of stingy with the kinds of filtering/interactions you can have with files in their folders and we know that if you get stuff in Google Sheets then a world of other possibilities opens up. I’ve been thinking about what options there are with Google file storage because VCU is a GAFE school and we have unlimited Drive storage. That might open some media storage options with heavy load projects like our Field Botany site or our more recent work with the East End Cemetery. So . . . I wrote a quick script to take a large G Drive folder full of images and write the content to a spreadsheet while embedding an image preview. The script is below. I ended up revamping both enough that I felt it was worth reposting. For the record, the script ran through about 4,500 images but it may have timed out so keep that in mind if you’re dealing with lots of images. via the magical XKCD Fun being a fairly relative term . . . but I’m amused. The Meat You can write custom functions in Google Spreadsheets and then use them like other built in functions. I didn’t realize that. The script belowWhich works but feels like it has an extra array it shouldn’t need . . . I’m still really fumbling with fundamentals here. I’m not sure if I say that in defense or in the interest of transparency. You’ll have to ask the psychologist I have yet to hire. grabs all the URLs from a chunk of text. You could add it to your spreadsheet in Google by going to Tools>Script Editor and opening a blank project. Replace all of the content with this and then save it. You can now use it like other functions by putting =findULR(A1) (assuming A1 is the text chunk you want). It spits out a single cell with the URLs in it on individual lines and with a count of the URLs found at the top of that cell. I’ve commented up the script below in case you want to understand/change it to better suit your needs. Next Steps The regex works well about 90-95% of the time. So it sure beats doing it by hand but it could be improved. You can […]