A mix of photos from Cape Cod and the Outer Banks. 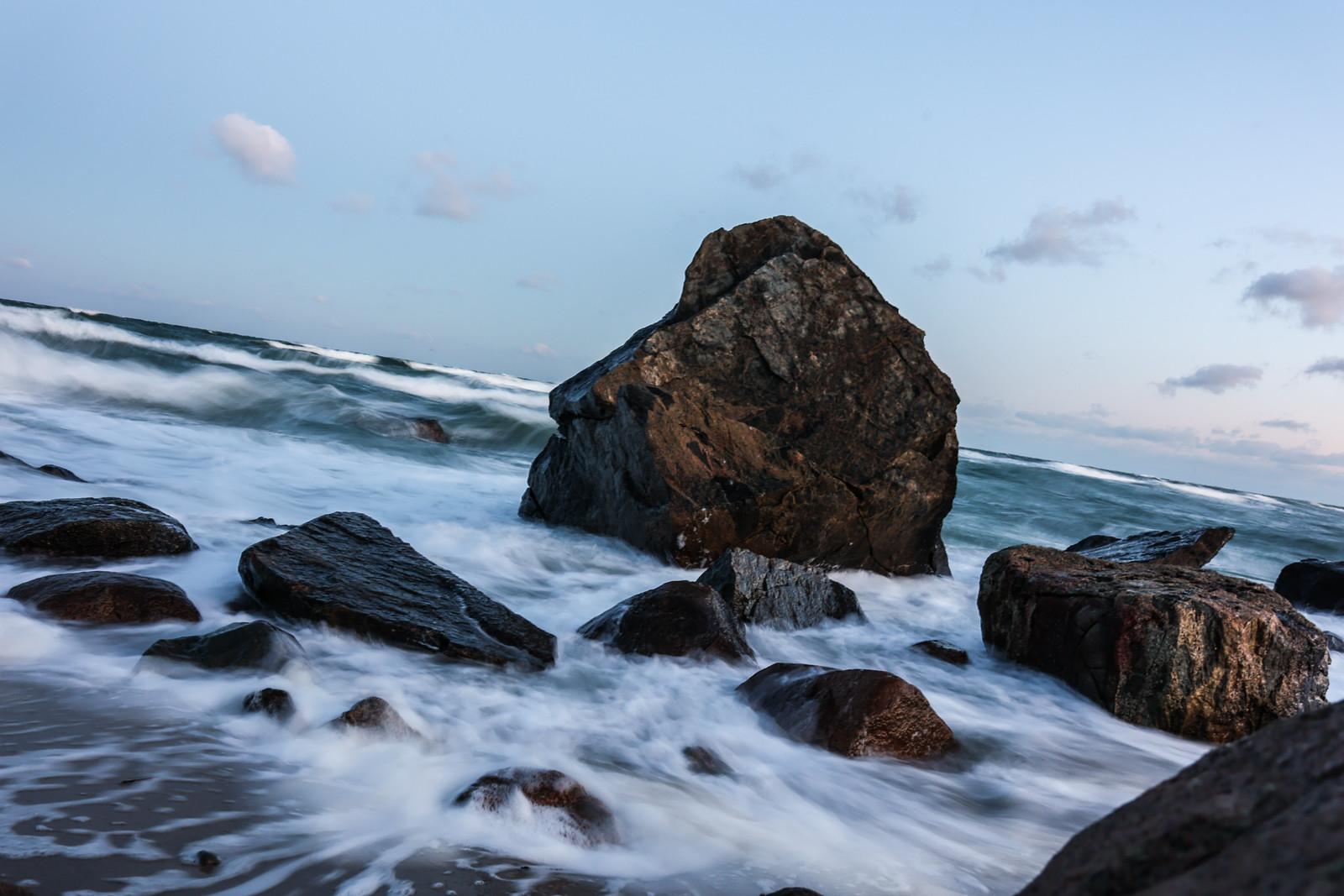 A bit of motion blur from the intentionally slow shutter speed. Not terrible for no tripod. I bought a tripod with Christmas money so we’ll see what options that opens up in the future. 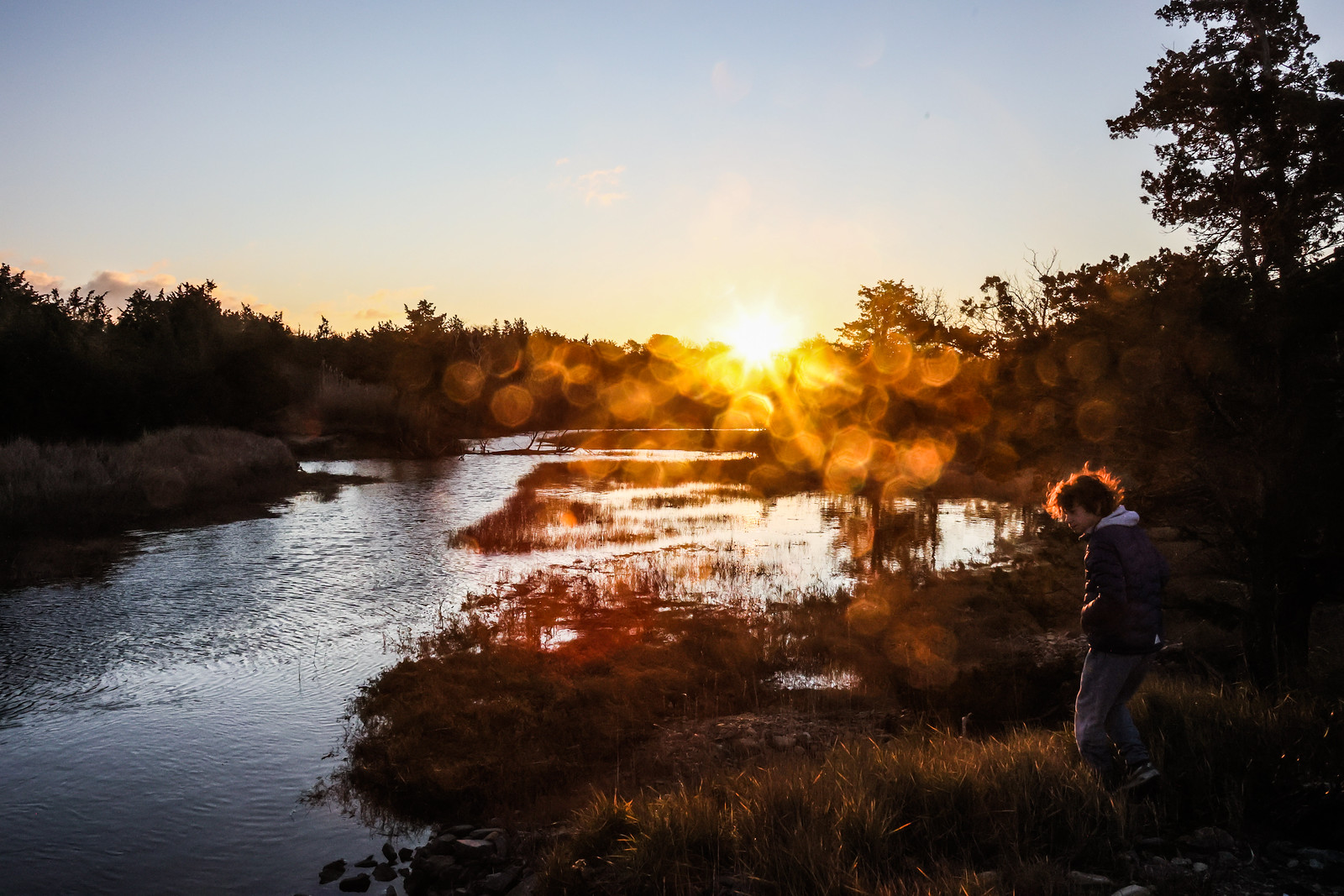 f22 for aperture, shooting into the sun for some odd lens artifacts and backlighting. This was a little marsh area off the beach where we saw a few birds. It was freezing. I think the extra sparkles are from salt particles on the lens. 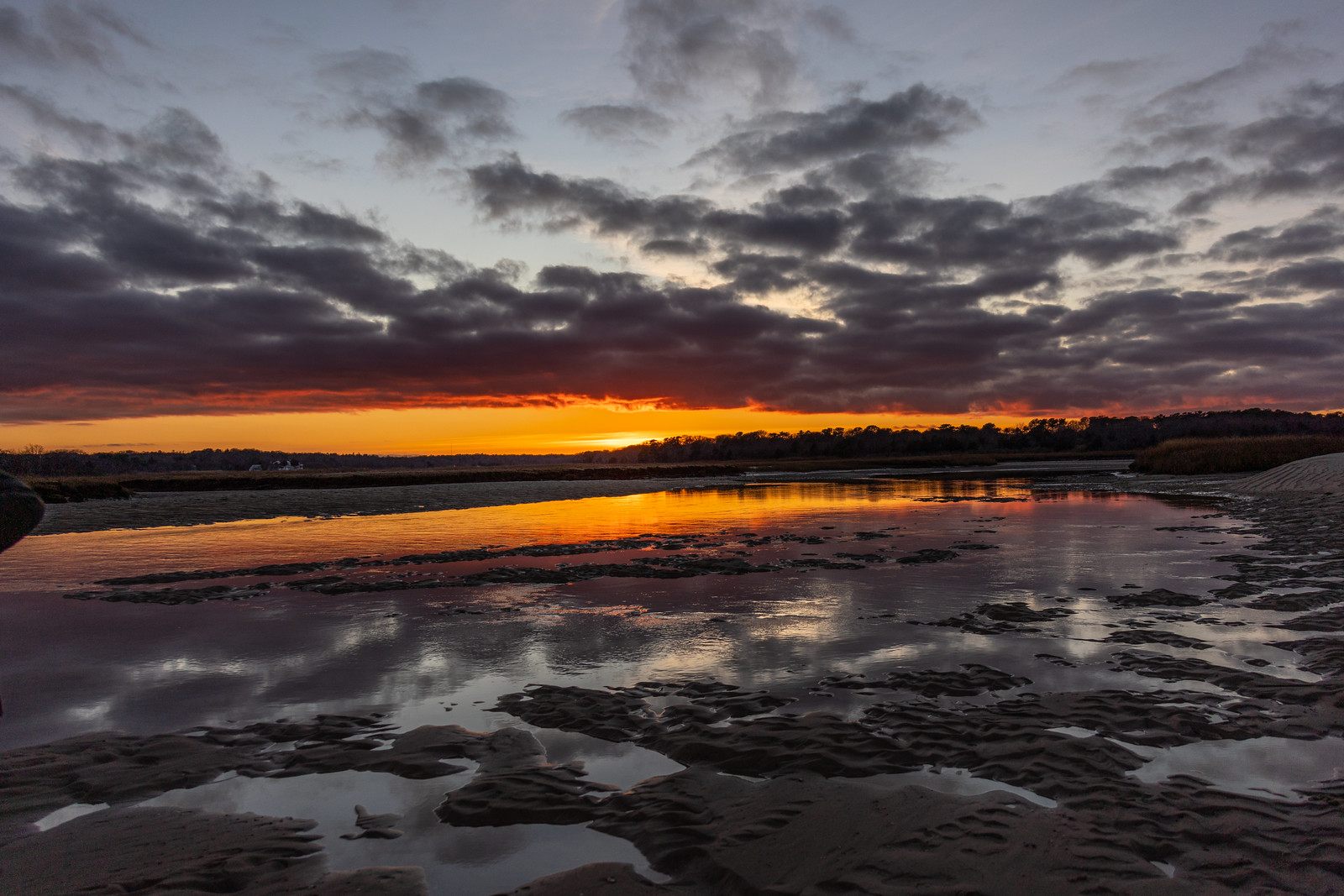 We timed out trips a lot more this visit. We did one dawn walk on the beach . . . and then chose to do sunsets for the other trips. This was a sunset walk which turned out pretty well.

The white on the dunes is snow. It was really cold out in the wind. I took that picture pretty early in the walk. I think investing in gloves will be key if we keep up this kind of unfortunate behavior. 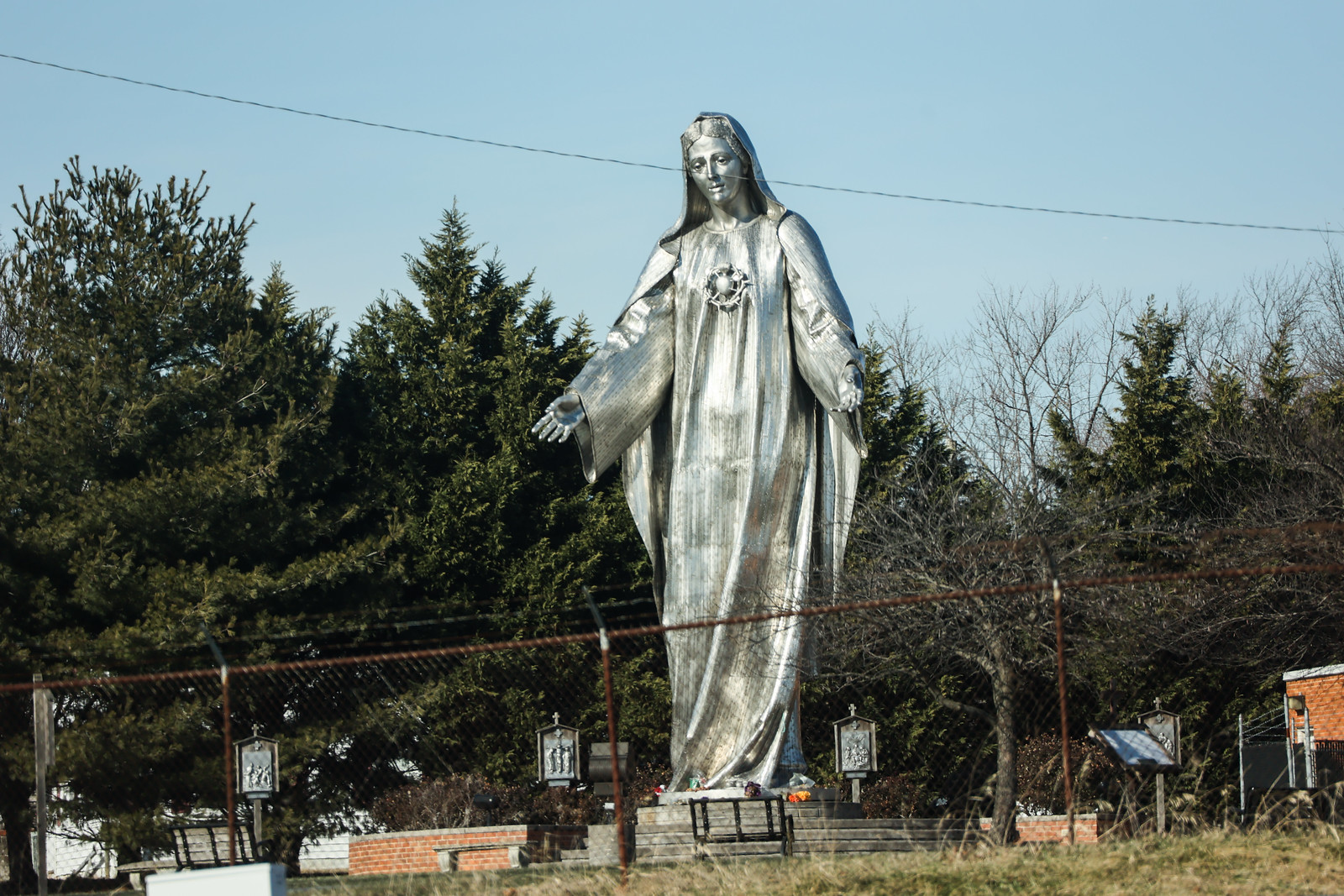 A from the car shot of this giant silver statue of Mary. 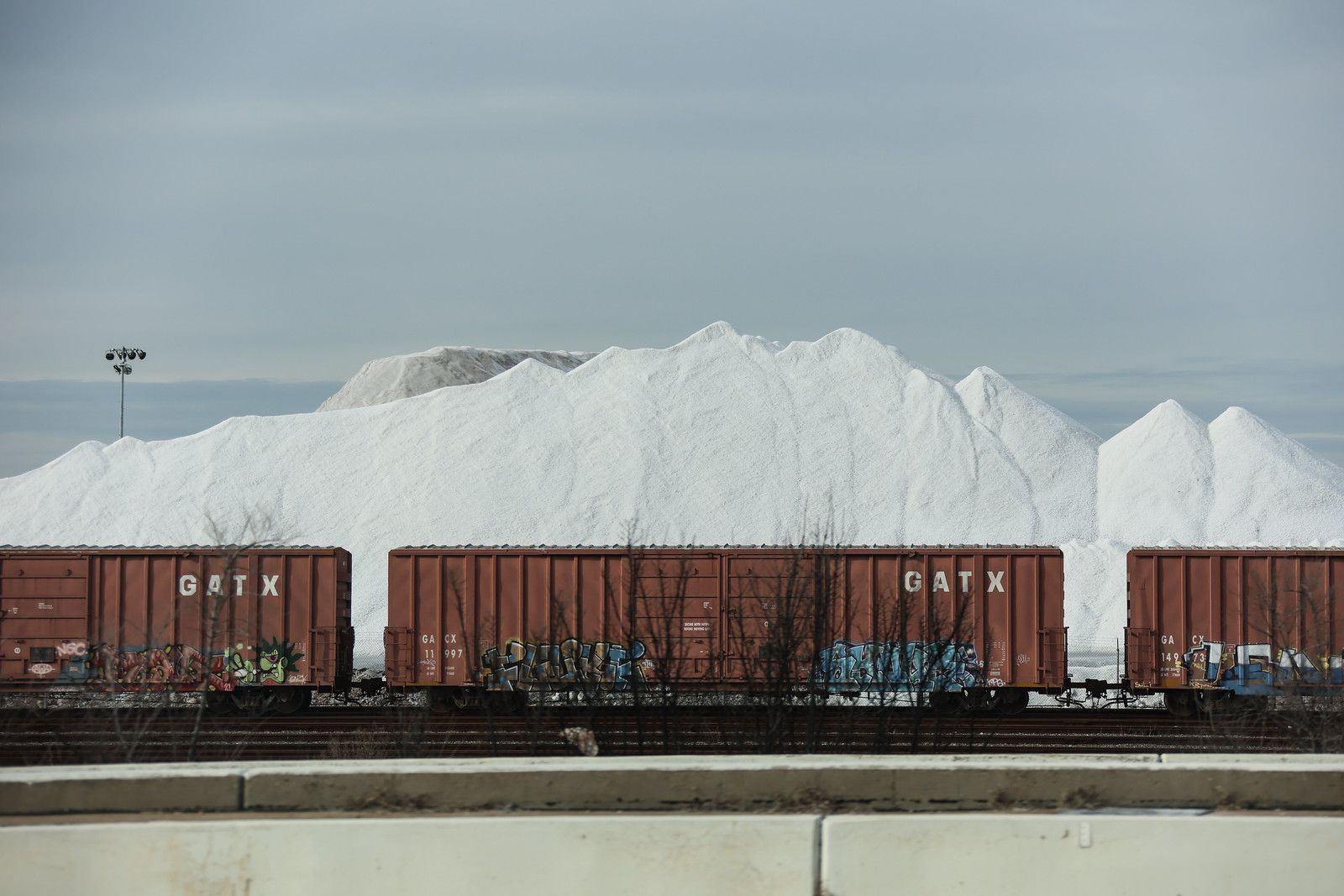 Another from the car shot. 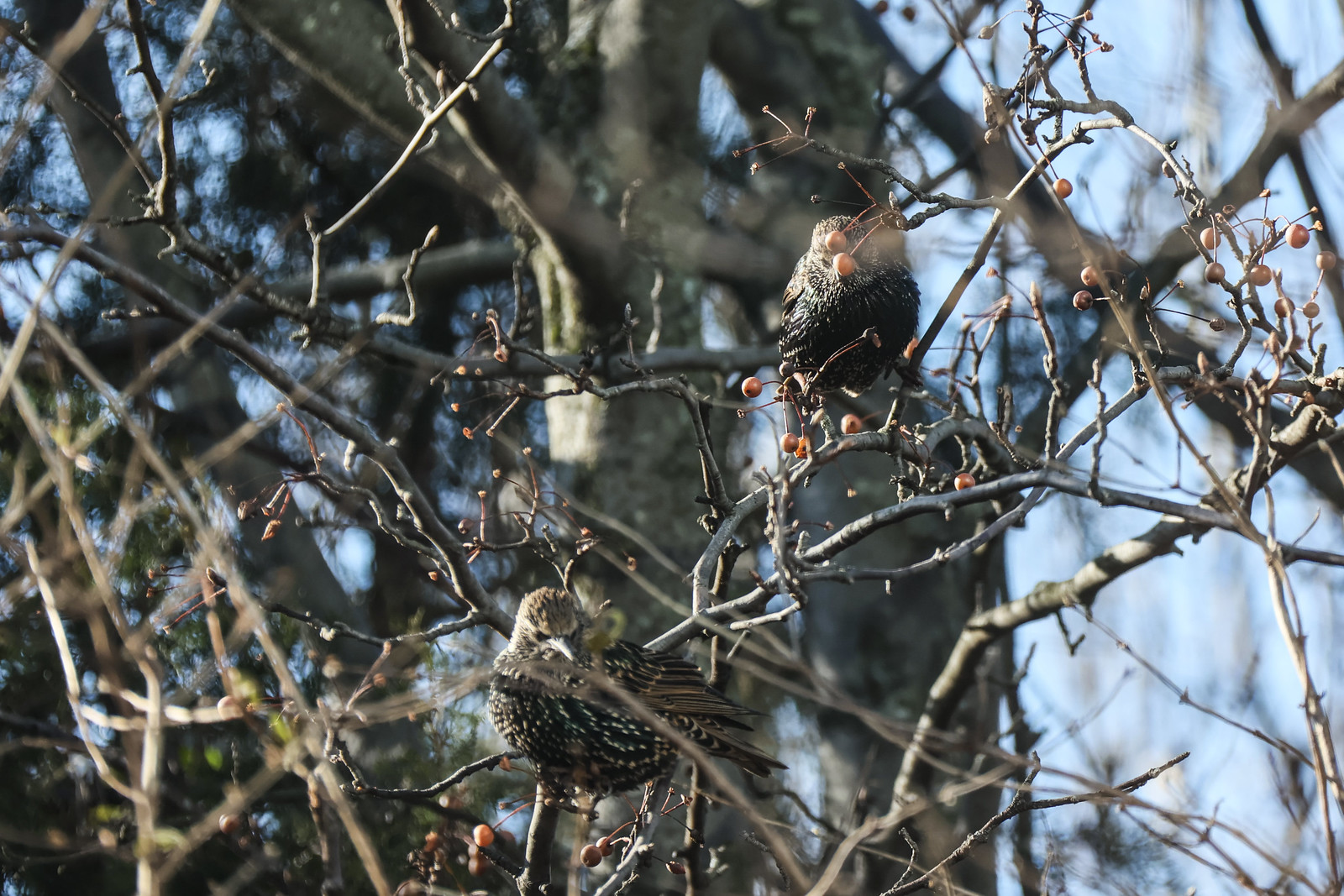 One of my new car photo games is to try to take pictures of as many types of animals as I can. Most of them turn out poorly but it’s amusing. These starlings were a lucky shot. 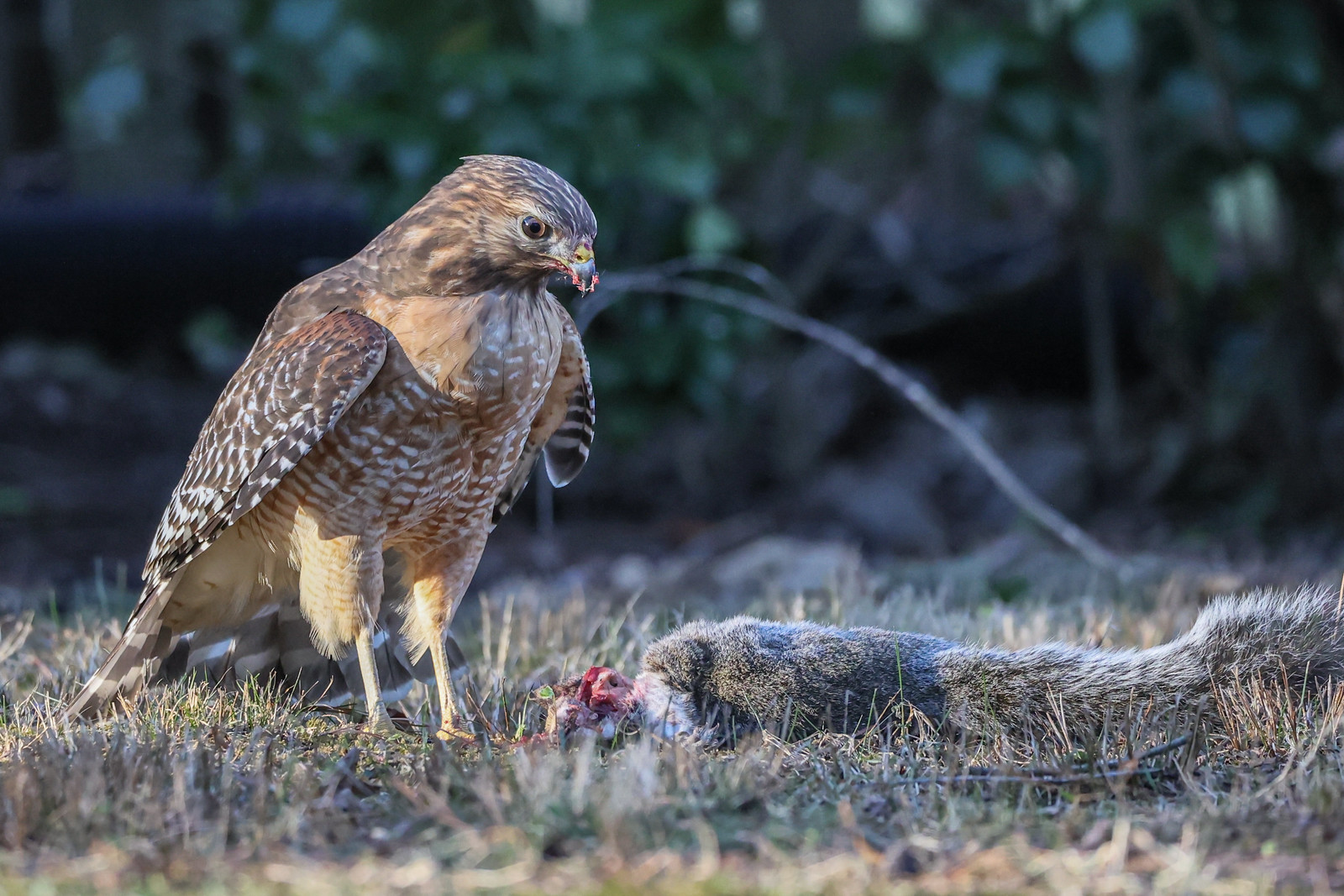 John took this photo but I found the hawk and sent him to do it. That gets me half the credit right? It was great light. It is a lot like when he was about 4 years old and we walked up on a hawk eating a squirrel. We were able to sit there about 10 feet away and watch it. Now we have a new experience and photographic evidence. 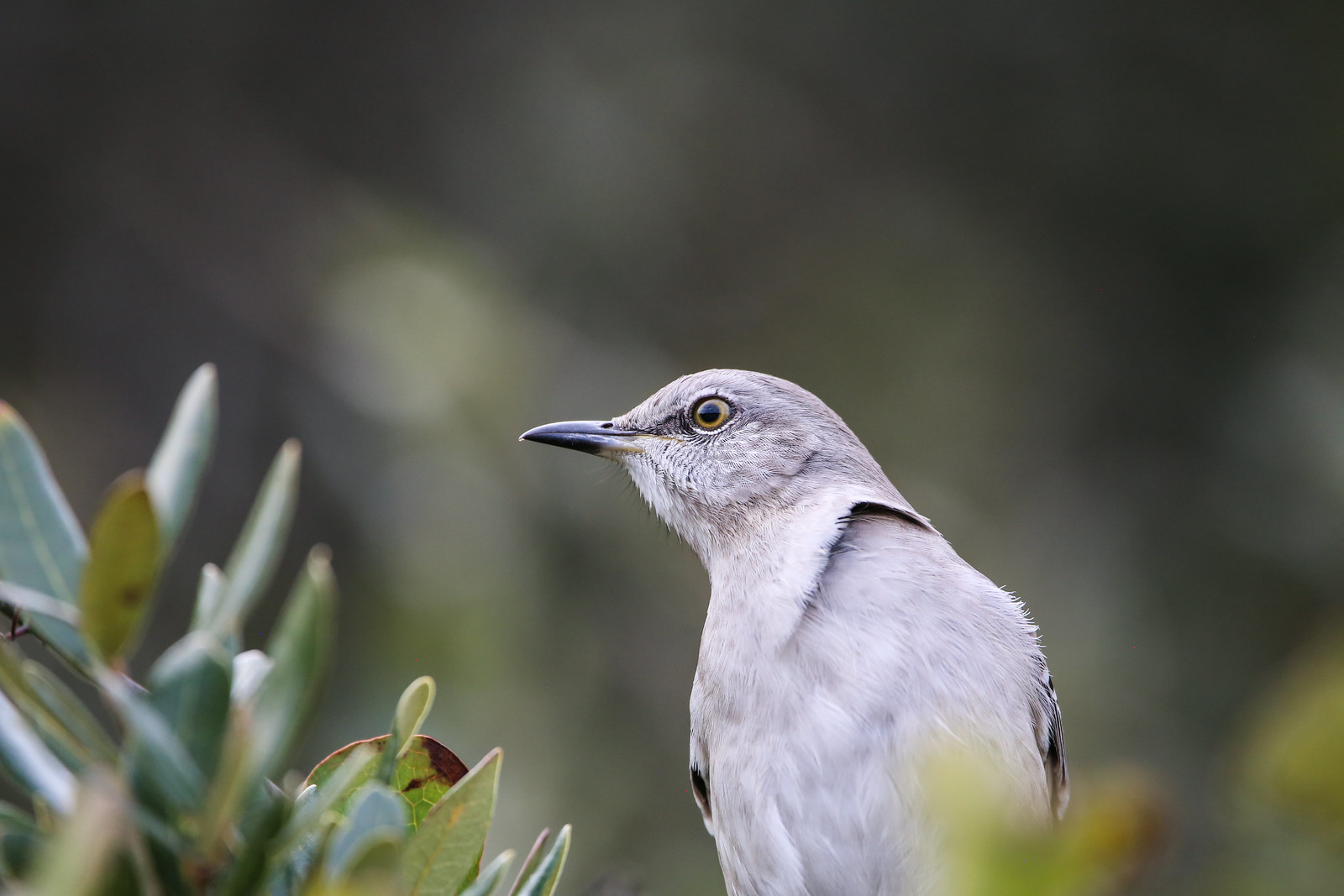 This is Reid’s photograph with the 150-600mm. He’s the one who has me interested in birds currently. It’s amazing to have these super close images and to see the crazy details. The feathers around a bird’s eye are something I’d never really seen before. 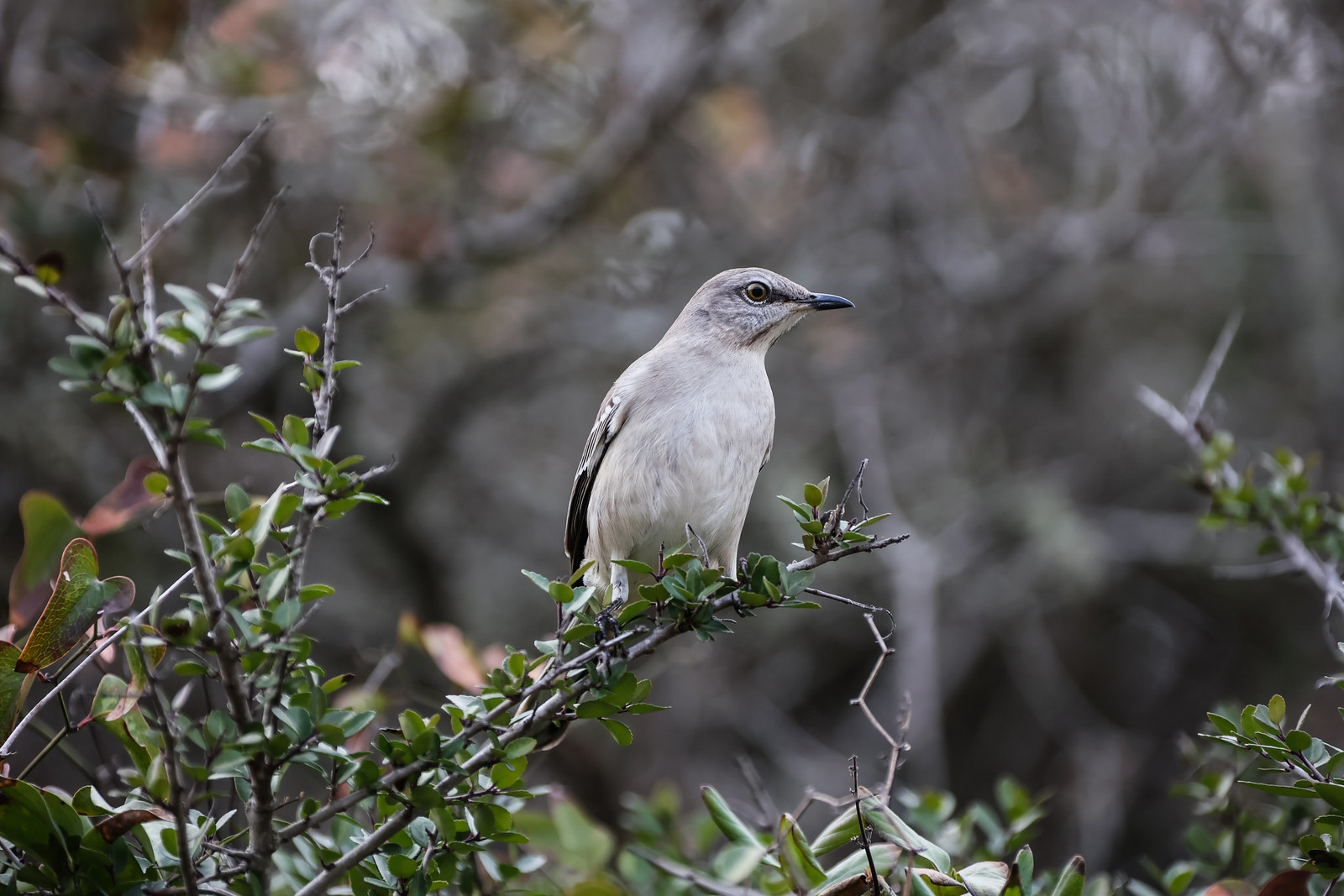 This is another shot that Reid took. While I like both of the pictures above, this picture is the unique one. It doesn’t necessarily shine on phones or seen small but I really love it at full size. Catching the bird in focus in that nest of branches is so hard to do. It is the kind of shot I want to take. There’s some serious challenge to taking impressive pictures of common birds. 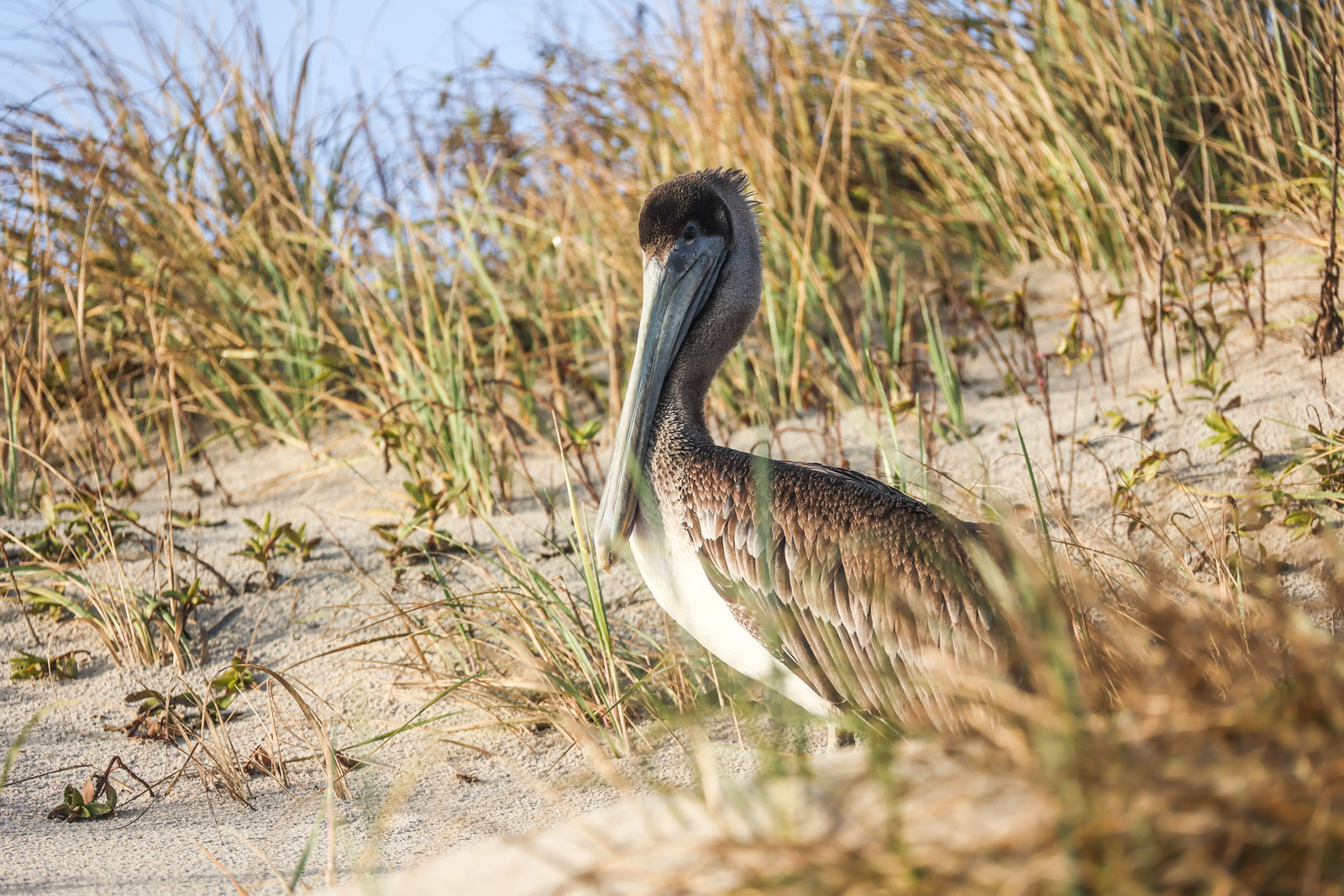 Nothing amazing but I like the layers and the colors.