This year we are going to every one of our secondary schools collecting data about 21st century skills (as we’ve defined them). We did this last year, but with only 3 schools. It was interesting then, it’s pretty wild now to see and do it at scale.

We go into schools with an outside team1

All this data is then consolidated and presented to the school’s leadership team (usually about a week after the observations). We go through the data together and the school’s team decides what they’d like to focus on improving. We aren’t telling anyone what to do. That’s nice for both parties.

Let’s throw out the 21st century skills stuff. This process is powerful and useful. It gives school leaders a large chunk of data, data that they often want but don’t have the time to gather. Central Office isn’t mandating what the school does. Reflection and analysis of data is encouraged at the school level. This puts the power and understanding in the hands of the right people.

We have some things we want to improve. Teachers want lesson feedback. The way things are currently structured, we simply don’t have the capacity to do that. We don’t want to just send emails to people. That’s likely to turn bad quickly. We just need to figure out a way for teachers to get some time to have this conversation as part of this process.

The other issue is that principals want the data attached to their teachers. We present it in aggregate now. That is done to lessen the stress on teachers and to concentrate the focus on the school as opposed to the teacher as an individual. It doesn’t seem to help the stress level for teachers so this may be another component we change.

After working with the TIPC hands on for some time now, we have made some changes to make it friendlier as this type of tool. This version is still in unreleased beta but it’s worth looking at if you cared about the previous version. I think the language is getting better and the categories more accurate. There’s still a chunk of work left to do. We’ll be combing this tool and our H21 rubric this summer. That’ll be an interesting conversation where we try to bring in some ALA language and concepts to create something that will also please our librarian contingent3.

1 Right now we use our Dell contract PD days to hire outside consultants. I highly recommend Blanca Duarte, Amos Fodchuck, and Chris Dunning. They are good people.

2 Teachers know we are coming. They are supposed to do their best 21st century lesson. The rationale here is that we want to know if the county vision of 21st century skills is understood and if teachers can do it. It also removes any issues like “Oh, today’s my testing day . . . if you’d have been here yesterday . . . ” etc. Once we have widespread understanding and the ability to implement it, we can then start doing random visits to see if it is being implemented regularly.

3 We made the mistake of developing this in isolation with no real conversation outside our department. It has since become much larger than that and so we’ve got to do some more work. 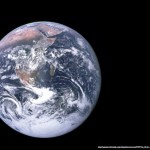 We’ve been working a lot with 21st century skills and trying to figure out how to make them make sense to ourselves and to teachers in the classroom. It’s been interesting in some ways and incredibly frustrating as well. Here’s part one it’s late and it’s taking forever to write this in a readable form, I had planned on doing the whole thing tonight my best shot at explaining how both the rate and the way information is created and published changes what we need to teach our students. No doubt some of you will find this rather obvious and boring but it was meant to be presented to teachers as way to encourage reflection in a non-intimidating way and to get a conversation going. By the way, I tend to freestyle my presentations based on audience reaction and interest so the text is just a rough attempt at getting the gist of each slide. image source To get anywhere with intelligence you have to know two things. Where you are and where you want to go. Let’s take a minute and look at where we are when it comes to our world and information. Question to the audience- How has the way you have to deal with information changed in the last ten years? Talk to your partner, you’ve […]